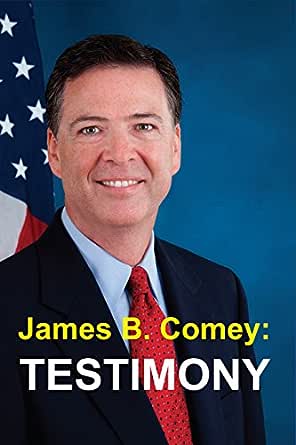 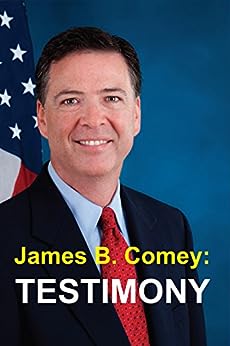 3.9 out of 5 stars
3.9 out of 5
41 customer ratings
How does Amazon calculate star ratings?
Amazon calculates a product’s star ratings based on a machine learned model instead of a raw data average. The model takes into account factors including the age of a rating, whether the ratings are from verified purchasers, and factors that establish reviewer trustworthiness.
Top Reviews

Barbara G Sala
5.0 out of 5 stars An Honest Man Tells The Truth
Reviewed in the United States on May 21, 2018
Verified Purchase
As I read the Comey testimony what I do know is that he is as honest and moral as can be. When you tell the truth and are questioned over and over again your answers are always the same. Liars can't remember what exactly they said. All Americans should be so proud of Director Comet service of 4 years and be sad that he cannot finish his last six because we have President Trump who loves to get revenge on people he considers unloyal. Americans need loyalty to our Constitution first and Director Comey will always do that even in private life. I would recommend that more citizens need to read this.
Read more
One person found this helpful
Helpful
Comment Report abuse

Judy Fisher (aka J.T.Fisher, Author)
4.0 out of 5 stars Just the facts, maam.
Reviewed in the United States on May 14, 2018
Verified Purchase
It is what it says it is... wanted to review it before his book came out.
Read more
One person found this helpful
Helpful
Comment Report abuse

Thor O. Fagerli
3.0 out of 5 stars Three Stars
Reviewed in the United States on April 18, 2018
Verified Purchase
Convincing arguments from what appears to be an honest soul in a very dishonest menagerie.
Read more
Helpful
Comment Report abuse

Client d'Amazon
5.0 out of 5 stars The actual facts
Reviewed in the United States on August 14, 2017
Verified Purchase
The transcript of this enquiry gave one the opportunity to read at leasure and thus form a measured opinion which I found helpful
Read more
101 people found this helpful
Helpful
Comment Report abuse

To the Reader: I watched Mr. Comey's testimony on the day that it occurred but reading it revealed quite a few important insights which I had not caught before so I do recommend reading it as well as watching the hearing. In addition, it's a fantastic record of the behavior of various senators. I recommend everyone read this before the next election to remind you of the true character and apparent values and priorities of the senators involved. I certainly will...
Read more
174 people found this helpful
Helpful
Comment Report abuse
See all reviews from the United States

StaffordDave
4.0 out of 5 stars Agood honest testimony
Reviewed in the United Kingdom on April 16, 2018
Verified Purchase
A concise we'll set out documentation of a complex important occasion in US History good even for Europeans like me to understand!
Read more
Helpful
Sending feedback...
Thank you for your feedback.
Sorry, we failed to record your vote. Please try again
Report abuse

Lilli Jafri
3.0 out of 5 stars Three Stars
Reviewed in the United Kingdom on May 7, 2018
Verified Purchase
well written
Read more
Helpful
Sending feedback...
Thank you for your feedback.
Sorry, we failed to record your vote. Please try again
Report abuse