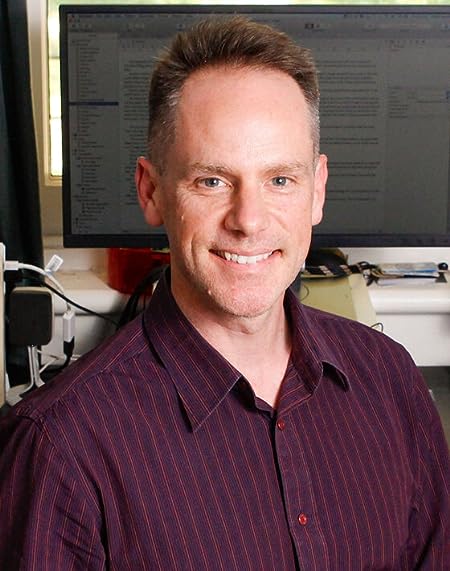 James Hewison is an author of fiction for children and young adults. Get a free picture ebook when you sign up to his newsletter here

James was born in Darwin, on the north coast of Australia. When he wasn't on an adventure of his own, he loved reading and writing about people who were.

How exciting it was to read stories of strong characters whose bravery and passion lead them into and beyond danger. These were the stories James wanted to create.

When James's daughter was eight years old, she asked him to write her a story. James sat down with an idea for a twist on the classic fairy tale, Jack and the Beanstalk. After years of work, a polished story emerged in the form of James's first novel, Behind the Twisted Fence. His second novel, Shadow Creepers, came the following year, setting up a pattern that would set James's mind to writing and publishing at least one great book per year.

He currently lives and writes in Thailand but, like his stories, where he will go next is impossible to predict.

If you like page-turning stories with strong characters and satisfying endings, find out more at https://jameshewison.com 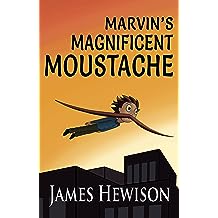 Marvin's Magnificent Moustache: a picture book for ages 6-10 Aug 1, 2021
by James Hewison
( 2 )
$2.99
An ingenious picture book about the ups and downs of having a magnificent moustache—perfect for children learning to celebrate and embrace what makes them and others unique.

Proud Marvin grows his moustache so long that, one day, he trips over it. Right in front of a crowd. And right into a into a garbage bin. Marvin’s lovely moustache seems ruined and everybody laughs. He is so embarrassed.
A few days later a gust of wind lifts up his moustache and Marvin along with it. He can fly, until he crashes in his garden and his neighbour laughs at him.
Marvin is delighted about his special new talent, but he doesn’t like people laughing at his moustache. So he only flies where nobody can see. But what happens when he has to choose between keeping his secret and saving a life?

A witty and wise story that brings entertainment and imagination to this essential lesson on the value of diversity and authenticity.
Read more
Other Formats: Paperback 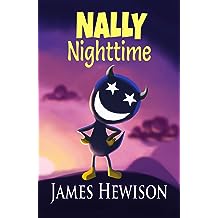 Nighttime arrives after sunset. But, for Ava, it isn’t just the end of the day. For her, Nighttime is also a very cuddly, mostly-playful, sometimes-cranky creature with a first name, Nally.

When Ava and her parents sing, Nally Nighttime brings out the stars and shadows and makes Ava’s flashlight shine a bright circle on the wall. There are hugs and stories when Nally is around. And Nally gives Ava wild and wonderful dreams that change every night.

But best of all, when Ava gets enough sleep, Nally Nighttime gives her energy, and courage, and smiles to enjoy all through the next day.

In this wonderfully original story, Hewison’s simple text and vivid pictures personify Nighttime as a lovable character who illuminates the best bits of bedtime and beyond. Perfect for readers young and old, Nally Nighttime reminds us about the value and joy in the time of the day we can so easily neglect. 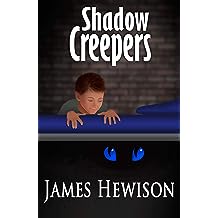 Shadow Creepers May 10, 2019
by James Hewison
$2.99
Nine-year-old Lucas is captain of the football team and he’s not afraid of anything
…except the monster under his bed.

When his parents won’t believe that he’s in danger, Lucas turns to his best friend for advice only to have his secret overheard by Emily, the class chatterbox. By lunchtime, the news has spread. At first embarrassed, Lucas discovers that most kids share his fear and none more than Martin, the new boy. The boys pair up and, to their astonishment, catch their first monster. But the next day, Martin’s parents go missing and the trail of clues leads under Martin’s bed.
Almost by accident, Lucas and Martin team up with chatterbox Emily and the only two kids who don’t believe in monsters. When they crawl under Martin’s bed, there’s no going back. And unless they find a way to work together, nobody will make it home alive.

A story of diversity, friendship and bravery that unfolds as a group of unlikely friends rise above their fears and come to appreciate their differences.

Creatively illustrated, and told from the point of view of Lucas and Martin, this is a book you won’t want to put down.
Read more
Other Formats: Paperback 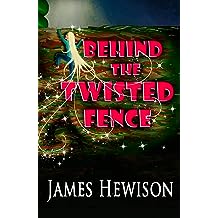 Behind the Twisted Fence Jul 13, 2018
by James Hewison
( 1 )
$2.99
Lose yourself in a captivating story of magic and mischief following 12-year-old Zelie as she battles the evil that lurks a decade after Jack chopped down the beanstalk.

Jack says magic is illegal and dangerous but he won't say why. Nobody will. All Zelie knows is that something happened long ago behind the twisted fence that changed everything. There are rumours of course: of giants, witches, and other made up things. But magic is real enough. Even Jack uses it sometimes. It can't be that bad, can it?

Zelie can't tolerate the secrets any longer and decides to peek behind the twisted fence. In her quest for answers, she finds some magic beans just like Jack's, and a strange wand that only responds to unselfish spells. Exploring the lighter side of magic, she meets three gnomes who know the truth, and a boy called Sawyer who would rather believe the lies. Zelie becomes more and more daring and experimental with magic until people start getting hurt—including Jack—and the real evil is revealed. She realises too late that the rumours were true. And now she's put the whole village in danger. Chopping down a beanstalk won't be enough this time. But what can two children and a trio of gnomes do?
Read more
Other Formats: Paperback 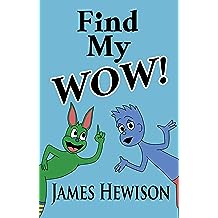 Find My Wow: a rhyming picture book for ages 6-10 Jul 4, 2021
by James Hewison
( 3 )
$1.99
“I lost my WOW! What can I do?
I need help from you,” says Blue.
Having lost his WOW, Blue seeks help from a quirky friend called Fred who will not quit until Blue gets his wow back. Before you know it, fun-loving Fred is whisking Blue away on a zany rhyming quest.
“You could try to juggle fruit, and ride one wheel and toot the flute.”
“Build a rocket out of cans? Hire an astronaut called Hans?”
“You should dress up like an ape, pretend you’re locked up, then escape.”
Soon, Blue discovers that even doing something strange, is so much better than doing nothing at all.
This rhyme will warm you up inside and put the spring back in your stride.
Especially if you’re feeling down, this book can help you shed your frown.This is a story of fun, friendship, and of never giving up. Complete with colourful pictures and a rhythm and rhyme that begs to be repeated. Parents and children will love this book over and over. Available in fixed layout ebook and paperback book
Read more
Other Formats: Paperback 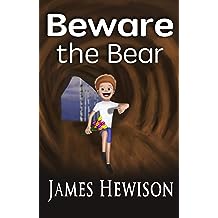 A good time and a jolly rhyme, for ages six to ninety nine.


Nick was in the mood to find a new way home.

To see new things and be free to roam.

He didn't fully grasp what his Gran was trying to say.

Beware the bear, she warned. But he was on his way.

He bounded through the trees and he paddled by the lake.

It wasn't till the tunnel that he made his big mistake.

He stomped and sang and echoed. It was tons of fun.

But now the bear's awake. Well, there's nowhere to run.

With a little more care he would have tiptoed past the bear.

But now the bear's awake he has to trick his way out of there.

How's he going to do it? The answer's really cool.

I don't want to ruin it, but this I can tell you:

It's more than a story, it's a rhyme with a flow.

So read it out loud. Go on, give it a go.
Read more
Other Formats: Paperback