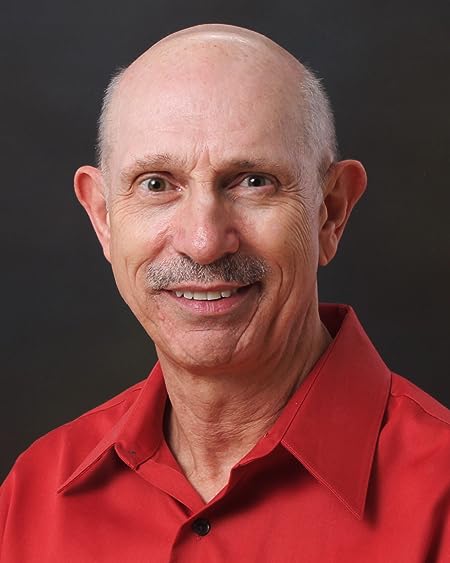 James has experience in both pharmaceutical manufacturing and clinical patient management. Medications and their impact on a patient’s quality of life has been his expertise. His secret passion of murder and mayhem, however, is a whole other matter. An obsession with reading murder mysteries and thrillers left him longing to weave such tales of his own. Drawing on past clinical expertise as a pharmacist and an infatuation with the lethal effects of drugs, James creates short stories and novels that will have you looking over your shoulder and suspicious of anything in your medicine cabinet. James also writes a weekly blog called “Prescription For Murder” that highlights many of the lethal substances used as murder weapons. Subscribe at https://jamesjmurray.com 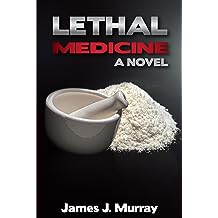 Lethal Medicine: A Novel (A Jon Masters Novel Book 1) Sep 22, 2016
by James J. Murray
( 24 )
$0.99
Clinical pharmacist Jon Masters seems to have it all. But still haunted by his days in Special Forces, Jon’s life implodes when evidence found at a murder scene implicates him in an elaborate scheme to distribute a pharmaceutical quality street drug disguised as an experimental medication.
With the help of a trusted army confidante, Jon reenters the world of covert ops and cyber intelligence, and he embarks on a global mission to save his reputation and regain control over his life as he uncovers a complex international conspiracy to redefine the nation’s recreational drug culture. 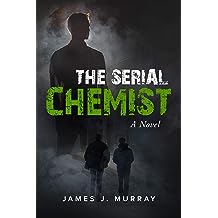 The Serial Chemist: A Novel (A Detective Rosie Young/Vince Mendez Thriller Novel Book 2) Aug 31, 2020
by James J. Murray
( 11 )
$0.99
Emile and his brother Cecil live a calm, predictable adult existence. Everything is orderly and without disruption. Suddenly, it isn’t.
With the death of their mother and the loss of her guiding wisdom, Emile finds it increasingly more difficult to keep the promise he made to her to keep his brother safe.
In their most challenging of cases to date, Detectives Rosie Young and partner Vince Mendez embark on a race against time to stop one of San Antonio’s most cunning murderers, a villain with a particular talent to strike and kill but leave only pristine crime scenes in his wake.
With the help of clinical psychologist Dr. Chris Parker, Rosie and Vince journey into the mind of a serial killer to understand exactly what type of monster roams their city targeting dads of small boys.
The question both detectives and Dr. Parker must answer is what emotional baggage creates a deranged mind that suddenly transitions to cunning killer and eludes the best of police forensics.
Read more
Other Formats: Paperback 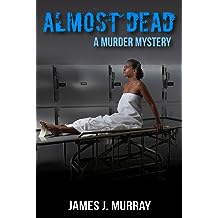 ALMOST DEAD: A Murder Mystery (A Detective Rosie Young/Vince Mendez Thriller Novel Book 1) Jan 9, 2016
by James J. Murray
( 80 )
$0.99
Detectives Rosie Young and Vince Mendez chase an elusive villain when not one but two victims turn up alive less than twenty-four hours after their death. The body count continues to climb as the detectives investigate how two seemingly unrelated victims share an almost identical near-death experience but have no memory of the event. The trail of evidence leads to starting revelations of deceit, greed and an international conspiracy in this entertaining murder mystery.
Read more
Other Formats: Paperback 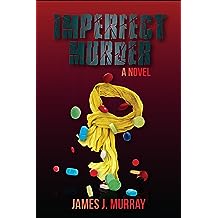 Imperfect Murder (A Jon Masters Novel Book 2) May 31, 2017
by James J. Murray
( 8 )
$0.99
Jon Masters learns that trusted friend and mentor, Dan Whitmore, has died. Although the police have ruled the death a suicide, Dan's wife, Sheila, believes her husband was murdered and pleads with Jon to help her prove it.
Despite conflicting evidence and an uncooperative police detective, the case is reopened as a murder investigation. Retracing the last hours of Dan’s life, Jon uncovers information to indicate his friend was not only murdered but possibly implicated in distributing pharmaceuticals which could put millions of lives at risk.
Was Dan a willing accomplice or an innocent victim? The answer surprises even Jon. As he races to identify Dan’s killer, a two-fold conspiracy to undermine the world’s drug delivery system as well as to destabilize international politics unfolds.