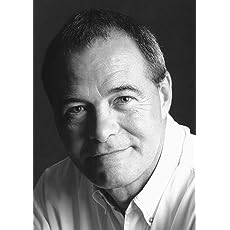 Before James Lee became author, he was an advertising guru. He judged some of the world's top creative advertising award shows and lectured in New York, Shanghai, Toronto, Sydney, Melbourne and Thailand. During a long career, he won over 600 awards, many for advertisements he wrote in Chinese. Since 1994, Lee has written more than 100 children's books. Besides the Mr Midnight horror series, Lee is also the author of the equally successful Mr Mystery series. In 2013, the Australian government honored Lee with the Australian Arts In Asia Literature Award for both series. Lee has lived and worked in Asia for over two decades. To better understand Asian cultures, Lee acquired a working knowledge of a few Asian languages. Lee also wrote Howl and The Young Immortals. He now lives in Australia. Lee is married and has a daughter.
Read more 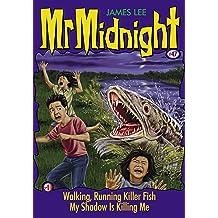 Mr Midnight #47: Walking, Running Killer Fish; My Shadow Is Killing Me May 18, 2018
by James Lee
$2.99
STORY #1: Poor Coco Por! A bike ride through the local park exposes her to the WALKING, RUNNING KILLER FISH. Can Coco and her friends survive this deadly menace and its evil creator? Or will they end up as fish food?
STORY #2: MY SHADOW IS KILLING ME, screams Samson Teh. But nobody believes him until his shadow sucks him and his friends into a dark world of fear and horror.
Read more 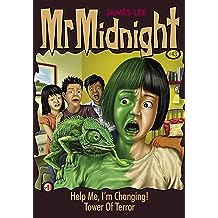 Mr Midnight #43: Help Me, I'm Changing!; Tower Of Terror Mar 8, 2018
by James Lee
$2.99
STORY #1: HELP ME, I'M CHANGING!, cries Channey Lim when her skin starts turning into different colors. She soon discovers the ugly truth behind the mystery. The question is will she be able to save herself — and the world?
STORY #2: When his school band goes to England, Roy Xiao and his friends find themselves in the ghost-ridden wilds of Dartmoor. We dare you to join them in the TOWER OF TERROR.
Read more 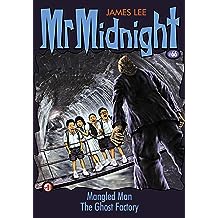 Mr Midnight #66: Mangled Man; The Ghost Factory Feb 9, 2019
by James Lee
$2.99
STORY #1: MANGLED MAN is the ugliest ghost in the Dead World — so ugly that his face had to be permanently covered. But what happens when he comes to Jordan Koh's school? We dare you to read every single word!
STORY #2: Hundreds of ghosts have been turned into slaves by the evil Dr Mortis. Can Tin Siew Yan and her friends save them? If they can't, they too will be trapped in THE GHOST FACTORY.
Read more 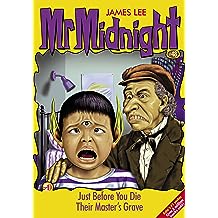 Mr Midnight #48: Just Before You Die; Their Master's Grave Jun 6, 2018
by James Lee
$2.99
STORY #1: What will happen JUST BEFORE YOU DIE? Martin Lee knows! When he meets a stranger on the way to school, his doom is sealed. The evil ghost has chosen him for a special mission — fail, and Martin's dead.
STORY #2: Nadine Azman and her friends visit an eerie forest at night for their school project. Little do they realize they will become victims of the terrifying creatures guarding THEIR MASTER'S GRAVE.
Read more 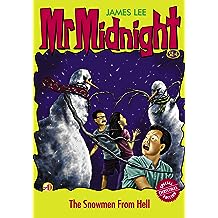 Mr Midnight Christmas Special Edition SE#4: The Snowmen From Hell (Mr Midnight Special Edition) Feb 9, 2019
by James Lee
$3.99
It's Christmas, and danger is the last thing on Harrison Tan's mind. But when his friends Iwanaga Kenichi and Celina Pan take him to see the giant snowmen at their local shopping mall, Harrison's horrors begin. Evil snowmen are invading the city. Where have they come from? What do they want? We dare you to join Harrison, Kenichi, and Celina as they battle THE SNOWMEN FROM HELL.
Read more 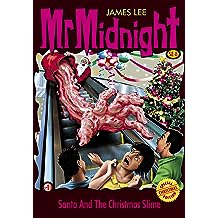 Mr Midnight Christmas Special Edition SE#8: Santa And The Christmas Slime (Mr Midnight Special Edition) Oct 28, 2020
by James Lee
$3.99
Jason Chan can sense ghosts wherever they are. That's why he's the president of the Spook Spotters Society. But the last place he expects to find supernatural danger is the Santa Claus Christmas Show at his local shopping mall. Then his horrors grow worse when he discovers that Santa's sack is full of deadly, man-eating slime! No one is safe when Jason battles to save the world from SANTA AND THE CHRISTMAS SLIME.
Read more 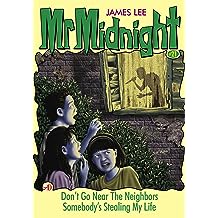 Mr Midnight #21: Don't Go Near The Neighbors; Somebody's Stealing My Life Oct 3, 2016
by James Lee
( 1 )
$2.99
STORY #1: DON'T GO NEAR THE NEIGHBORS, warns Nitro Chan's father. But Nitro doesn't listen! Soon, his curiosity gets him and his friends entangled in a hideous web of horror.
STORY #2: Viola Ho's life is no longer her own. Weird things are happening. Suddenly she screams: SOMEBODY'S STEALING MY LIFE. Can she escape the unknown force that wants to control her — or is she doomed?
Read more 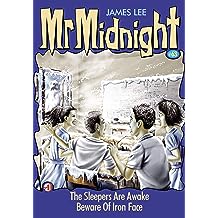 Mr Midnight #63: The Sleepers Are Awake; Beware Of Iron Face Nov 27, 2018
by James Lee
$2.99
STORY #1: Dylan Woon's class essay about global warming leads to events far worse than melting polar ice caps! Soon, Dylan and his friends have to deal with a deadly threat to mankind when they discover that THE SLEEPERS ARE AWAKE.
STORY #2: Licia Tang and Sora Ashikin hate horror movies. But after a trip to the cineplex, they face a ghost even hell doesn't want! Someone should have told them to BEWARE OF IRON FACE.
Read more
Other Formats: Paperback 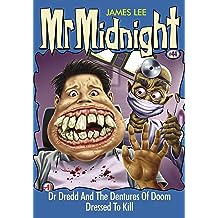 Mr Midnight #44: Dr Dredd And The Dentures Of Doom; Dressed To Kill Apr 13, 2018
by James Lee
$2.99
STORY #1: Just when Lee Yi Shuo thought it was safe to go back to the dentist, the cunning Dr Dredd returns. This time, the demon dentist is plotting his most diabolical crime ever in DR DREDD AND THE DENTURES OF DOOM.
STORY #2: Geneva Xu hires a beautiful dress for her school play. But when she is DRESSED TO KILL, she falls under the spell of an avenging spirit.
Read more 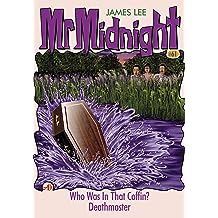 Mr Midnight #61: Who Was In That Coffin?; Deathmaster Nov 27, 2018
by James Lee
$2.99
STORY #1: Out jogging one evening, Nicholas Low and his friends see a coffin being thrown into a river. But when the lid pops open, there is no body inside. We dare you to join Nicholas and find out WHO WAS IN THAT COFFIN?
STORY #2: Nina Hu discovers a mysterious letter in her schoolbag. It is a message from an evil being known as DEATHMASTER, who demands her obedience.
Read more 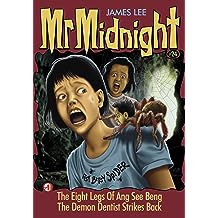 Mr Midnight #24: The Eight Legs Of Ang See Beng; The Demon Dentist Strikes Back Feb 1, 2017
by James Lee
( 2 )
$2.99
STORY #1: Janice Lim's boyfriend teases her about spiders. But when they explore the sinister Tarantula Caves, the spiders have the last laugh. Can a schoolboy turn into a giant killer spider? Find out in THE EIGHT LEGS OF ANG SEE BENG.
STORY #2: Dr Dredd, the demon dentist, returns. This time, he's seeking revenge on Lee Yi Shuo and planning the world's biggest robbery. Don't miss THE DEMON DENTIST STRIKES BACK.
Read more 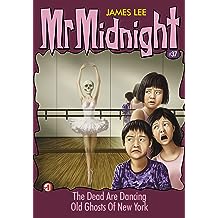 Mr Midnight #37: The Dead Are Dancing; Old Ghosts Of New York Jul 23, 2017
by James Lee
$2.99
STORY #1: The world's most feared ghost, The Ballerina, haunts Sherilyn Sum's ballet school and casts an evil spell on her. Can Sherilyn escape and save her soul while THE DEAD ARE DANCING?
STORY #2: Computer wiz Yue Jie and his friends call themselves the Brave Devils. But when they journey to the United States in search of the OLD GHOSTS OF NEW YORK, their courage is tested as they battle horrors beyond their wildest imagination.
Read more
Other Formats: Paperback