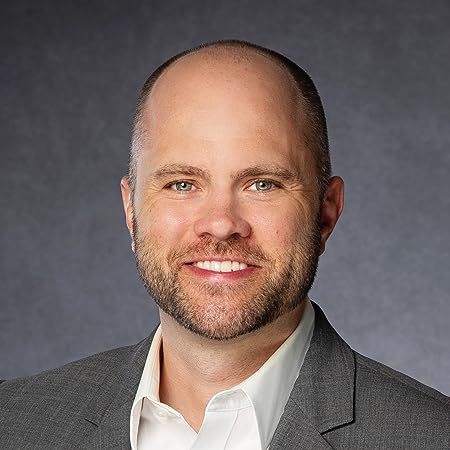 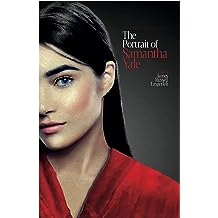 In a small Tennessee town in 1999, high school senior Blake McNamara is the son of a moonshiner and cares nothing for football or politics. He’s Captain of the Jr ROTC, has his sights set on West Point, and dreams of retiring one day as a military officer.

Samantha Yale is the daughter of a United States Senator. She obeys the rules, dresses in a conservative 1950s style, wears thick eyeglasses, and has never been asked out on a date. But she doesn’t mind. She wants nothing more than to live life expressing her love of art through her paintings.

The two never speak to each other and couldn’t be more different among their classmates. But when Blake and Samantha are teamed up for a school art project, they’ll soon learn that the people and experiences we first encounter are rarely what they seem...

And that’s exactly where their adventure begins.
Read more
Other Formats: Paperback 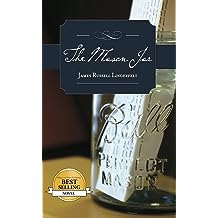 The Mason Jar Sep 9, 2014
by James Russell Lingerfelt
( 140 )
$2.99
What if your old college roommate called, raving about a book someone sent her, calling it the most beautiful book she's ever read? "But," she said, "it's about you." The author is your college ex.

In The Mason Jar, Finn is a Tennessee farm boy raised at the feet of his grandfather. He and his grandfather leave letters for each other in a Mason jar on his grandfather's desk; letters of counsel and affirmation. When Finn attends college in Southern California, he meets and falls in love with a dark, debutante, from Colorado. However, when an unmentioned past resurrects in her life and she leaves, Finn is left with unanswered questions.

Finn goes on to serve as a missionary in Africa, while he and his grandfather continue their tradition of writing letters. When Finn returns home five years later to bury his grandfather, he searches for answers pertaining to the loss of the young woman he once loved. Little does Finn know, the answers await him in the broken Mason jar.

A story about a girl who vanished, a former love who wrote a book about her, and a reunion they never imagined.


Written for the bruised and broken, The Mason Jar is an inspirational epic, romance which brings hope to people who have experienced disappointment in life due to separation from loved ones. With a redemptive ending that encourages us to love again, and written in the fresh, romantic tones of Nicholas Sparks, The Mason Jar interweaves the imagery of Thoreau with the adventures and climatic family struggles common to Dances with Wolves, A River Runs Through It, and Legends of the Fall.
Read more
Other Formats: Hardcover , Paperback 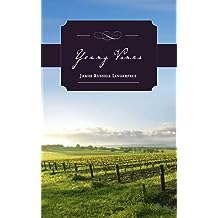 Young Vines Dec 24, 2019
by James Russell Lingerfelt
( 17 )
$2.99
Dr. Ryan Lockwood is known as a professor who deeply cares for his students. Having grown up as an orphan, he now serves as a literature professor at Pepperdine University, his old alma mater. Located in Malibu, California, Pepperdine holds some of his most treasured memories. It's where he dated and married his first love, and it's where he met his two best friends, Clayton "Finn" Fincannon (The Mason Jar) and Brian "Oz" Bailey (Alabama Irish).
Now, Ryan's on track to become the department Chair, a position he's dreamed of since graduate school. At just thirty-two years old, life couldn't be better. But when his wife passes away unexpectedly, and his grandmother follows soon after, Ryan falls into a deep depression.
His grandmother leaves him her vineyard in Tennessee, where Ryan spent his childhood summers. Since the estate hosts sell-out jazz concerts and the best wine in the southeast, Ryan plans to sell the estate to the highest bidder. But when he visits the vineyard, he meets Rachel Young, the twenty-five year old daughter of the vine dresser. Rachel is good-sensed, hard-working, and she's one of the prettiest women Ryan's ever encountered.
Ryan has sworn to never fall in love again, the vineyard is auctioned at three times it's value, and Pepperdine offers him his dream. Now, Ryan must make a decision: Return to his career and friends in California, or begin a new chapter in life with a young love in Tennessee.
A love story set among the beaches of Malibu, and the lakes and pastures of Tennessee, Young Vines teaches us that sometimes we must let go of old dreams to embrace new ones.
Read more
Other Formats: Paperback 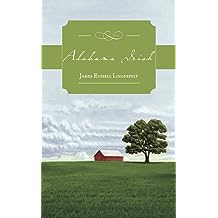 Alabama Irish Mar 30, 2016
by James Russell Lingerfelt
( 23 )
$2.99
Brian was raised on "the wrong side of the tracks" in inner-city Alabama. Now, at nineteen, with a troubled past and juvenile record, Brian struggles to earn a living and find a life purpose. When he journeys to New York on a chance trip, Brian meets and falls in love with Shannon; a bright eyed, aspiring musician and singer from California.

Brian returns to Alabama stirred by Shannon's courage and passion for life. With a new zest and reason for living, Brian is determined to turn himself into a man worthy of her love. Unable to afford college, Brian discovers the Os Guinness Scholarship, which provides free tuition to Pepperdine University for Irish students who desire to train for Ireland's ministry. With some innovative thinking, Brian fakes his Irish citizenry, accepts the scholarship, and moves to Southern California to attend school and pursue Shannon.

However, when Brian visits Alabama, all the lies come crashing down and Brian comes face to face with a past he thought was finished. Now, Brian must make a choice: lose Shannon by spinning more lies and choosing vengeance in hopes of putting his past to rest. Or choose honesty and forgiveness and embrace a new life with the only woman he ever loved.

Alabama Irish will make us sit back and laugh, then lay the book down and cry. But in the end, we'll be reminded that no matter our pasts, the possibility to find true love again is never lost.

(This coming of age love story teaches readers the necessity of honesty and openness in the pursuit of loving, long-lasting relationships.)
Read more
Other Formats: Library Binding , Paperback