Setting is planned out ahead of time of actual writing and rules for the world are established.

Central characters are written on an individual basis. They operate by their motivations and not by a set storyline role. If a more interesting or more suitable path for a character is thought up compared to what is currently planned (be it development, the actions they would take, or how they compare and contrast to other characters), those changes will likely be implemented if they work well with the overall story. Ensemble casts allow multiple viewpoints and more setting depth to be revealed.

Story is also not set in stone during the writing process -- similar to the process for characters, more interesting story points will replace those from the previous plan where able. Big revelations or big plot points are necessary on more than one occasion and not all at the end of the book. 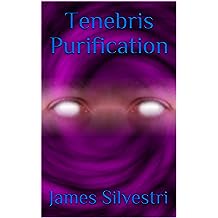 Tenebris Purification (Tenebris Conquest Book 3) Aug 9, 2021
by James Silvestri
$2.99
After a year of humanity dealing with the apocalypse, civilization had successfully adapted to the feral monsters that had accompanied the catastrophic event and the beasts' numbers had begun to diminish.

However, the monsters had been just a prelude to the worst that was to come. One continent had been shattered by widespread afflictions of madness, while another land had been severely affected by an unexpected hardship of its own -- the gods of the Pantheon themselves ruling over the people.

The gods, unable to reconcile with the fact that their fellow trickster god had betrayed them for humanity's interests, rule over their subjects with increasing bitterness and savagery. Humanity, unable to continue accepting these unrelenting otherworldly threats, plots to fight back.

Humanity has little in terms of recourse for dealing with their many supernatural enemies. Everything that they have must be utilized optimally for these final battles -- or else it is humanity that will eventually be cleansed from the world, rather than the gods.
Read more 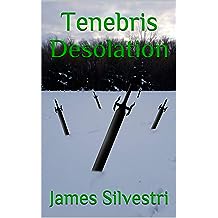 Tenebris Desolation (Tenebris Conquest Book 2) Apr 9, 2021
by James Silvestri
$2.99
The architect behind the creation of the monsters that had rampaged across the world has been slain -- but even in death, his ambitions have not been shattered.

Even as the world aims to return to normalcy, the army of beasts still roams every continent in gigantic numbers. The aftershocks of the trickster god's rebellion can still be felt by all.

The continent of Dissental becomes embroiled in the threat of war, with the manufacturing of a false saint adding to the tensions. The Empire of Qusstus wholly embraces the superpowers that come from the monsters' blood and neglects the costs associated with them.

As life continues on, with everyone having believed that the worst of the apocalypse has passed, they will see just how wrong they are -- and they will feel this new devastation deep in their bones.
Read more 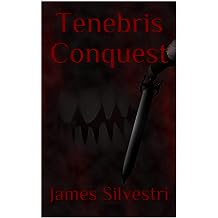 Tenebris Conquest Sep 25, 2020
by James Silvestri
( 4 )
$2.99
From out of nowhere, a massive force of eldritch and savage monsters invades the continent of Dissental, ending the lives of all they encounter and laying waste to the lands they rampage through. Without warning, the apocalypse materializes and rends the world.

Priests of the Pantheon attempt to bring hope and salvation to those tormented by the monsters, but politics and full-scale war fuel additional tribulations across suffering nations.

As a group of young men and women flee from the destruction of their isolated arctic village caused by the monsters, a renowned military academy elsewhere deliberately seeks out the beasts, actively making their extermination a priority -- and gaining knowledge of dreadful truths along the way.

The apocalypse also brings more than just the monsters. It brings their blood, radiant in otherworldly power. The magical superpowers that their blood can bestow on humanity also exacts terrible costs on their users -- but, some sacrifices are worth their price.
Read more