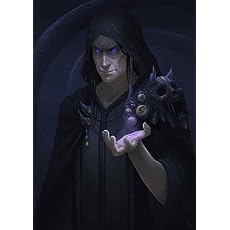 James R. Vernon was born and lives on the planet Earth. He holds a degree in education, which has zero influence on his writing. Instead he has spent as much free time as possible reading the works of both famous and not so well known authors to help improve on his own work. Often stuck in long commutes for his job, James's imagination was free to create new worlds and stories. Through the assistance of family, friends, and some generous backers, James has been able to pursue his dream of sharing his stories with more then just the characters he has created. With the help of reliable beta readers and an excellent editor, James has been able to produce stories that have been able to entertain a few readers.

When not writing, he can usually be found with those he holds most dear, teaching those that put more white in his hair every year, losing money playing poker, losing time in a good book or song, or completely lost in the maze of his own mind.

Oh, and obviously he tries to enjoy life as much as he can. 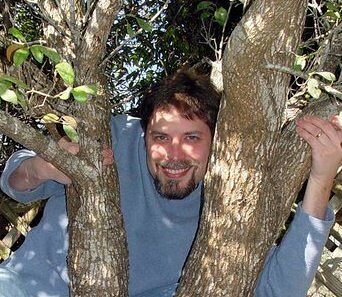 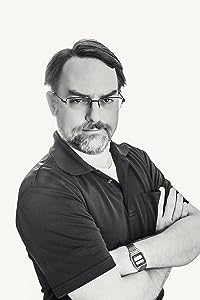 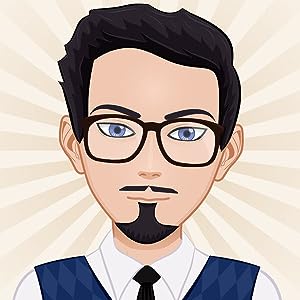 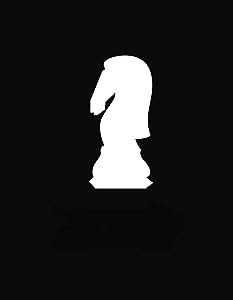 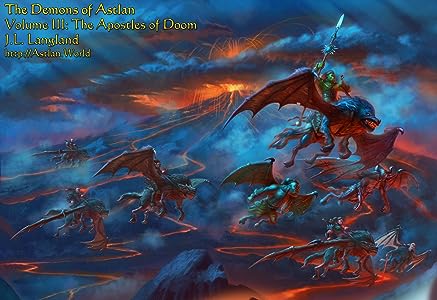 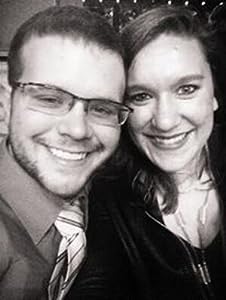 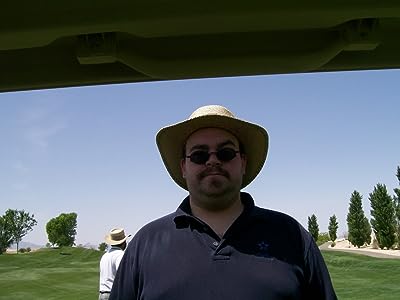 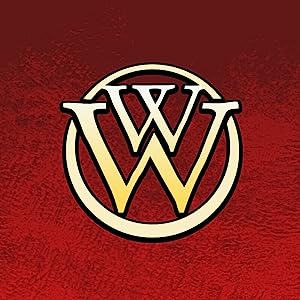 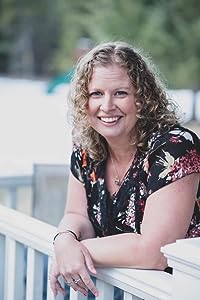 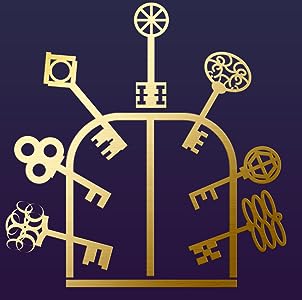 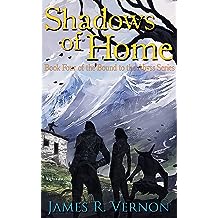 The last person Ean Sangrave expects to see on his return home from the Deadlands is the magician, Sadiek Nidot. Two years ago he killed Ean and stripped the lovely Azalea of her wings. Upon seeing his murderer, Ean can’t decide if he fears using his own dark power more than he thirsts for revenge. The brief moment of indecision allows the crafty Sadiek to slip through Ean's fingers, but not before he gleefully reveals that Rottwealth, Ean's hometown, is in danger.

Ean speeds to the land of his birth and rebirth on a mission to save it. All the while, he’s being pursued by bounty hunters and religious zealots sent by temple leaders who see him as a threat to the common good. Upon arriving at the land of his birth, despite all he has accomplished during his travels, he learns some things never change. The villagers who treated him so badly as a boy still don’t respect him. Complicating matters further, Sadiek’s evil influence has reached the hearts and minds of the people, hardening them against him. As Ean's frustration with them mounts, the darkness within himself grows stronger. Will he continue to defend the people or become their greatest enemy as everyone fears?
Read more
Other Formats: Audible Audiobook 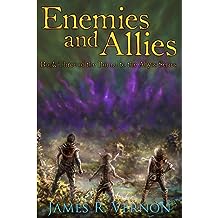 Ean Sangrave never thought he would have any of those things, but what a difference a year makes. Now, he’s practically king of the abandoned mine on the edge of Rottwealth, surrounded by loyal creatures from the Abyss who live to carry out his every whim. Then there are his closest friends, Zin and Azalea, his only friends, always ready and willing to bring him back to reality. They want what’s best for Ean but don’t trust in his ability to plan for the future. Their constant bickering over what they think is best has another thorn in Ean’s side.

After a failed attempt to ease the tensions between the citizens of Rottwealth and Ean’s new command of the mine, a visitor arrives with an interesting message from an unexpected source. The knowledge Ean seeks about the origins of his powers lies in the Deadlands, a place that has already taken Ean’s life once before. Should he risk all that he has worked for, to journey through mysterious lands where only fools dare to tread, in search of answers he might not want to know?
Read more
Other Formats: Audible Audiobook , Paperback 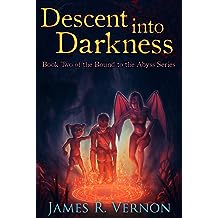 Ean Sangrave’s friends are gone.
At least, his human ones are.

Zin, as always, is by his side. Years of advice and getting Ean out of trouble has earned him the title of Ean’s closest friend, Joining them now is Azalea the Yulari, another creature from the Abyss that feeds off the emotions of her victims to the point of death. Summoned in a moment of jealousy, Azalea would have killed Ean’s friends if he had not stopped her in time. So how do Bran and Jaslen pay him back for saving their lives? By running off with all of their supplies, leaving Ean with his imp and a fragile alliance with an alluring but deadly Yulari.

Ean is now at a crossroads. Does he continue the quest originally placed on him and his friends to find a way to save Rottwealth from the monster that has taken over the mine? Or does he follow the advice of his companions from the Abyss and learn to control his growing power? The Healer’s apprentice inside of him hopes to somehow do both.

Regardless of which quest he ultimately decides to follow, its Ean’s inner turmoil that worries him the most. The dark power of the Abyss is spreading through his body at an alarming rate. The tattoos that represent the power continue to grow across his body while dark dreams invade his mind. Can he hold off the darkness growing inside of him, or will Ean give in to the power and become the tyrant he has feared?
Read more
Other Formats: Audible Audiobook , Paperback 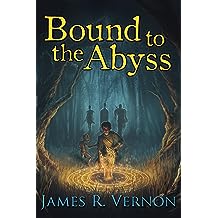 Ven Khilada is a land of magic and gods. Settlements abound, both large and small, each with a life of their own and hidden secrets.

Except Rottwealth. A backwater village, surrounded by mountains and ignored by most, nothing of merit ever leaves the valley. Aside, of course, from the mystical plant which shares its name. A plant that can heal even the most dire wounds in a matter of moments, and flourishes within the swamp that takes up part of the valley.

Ean Sangrave, a disgruntled Healer’s apprentice barely in his twenties, wants to escape and start a new life outside of the village that hates him. If the village ever discovered Ean's ability to summon creatures from the Abyss - like his closest friend, Zin the imp - judgment would be swift and punishment final.

When an unconquerable monster takes residence in the new mine, the mayor’s oldest son, Bran Erikson, is given the task of traveling to the capital city Lurthalan to seek help. To the surprise of the entire village, he chooses Ean to accompany him. But with a connection to a taboo god and a power he barely understands, can Ean fit into the world outside of his secluded village, or will the stigma that has been placed on him since birth follow him the rest of his life.
Read more
Other Formats: Audible Audiobook , Paperback 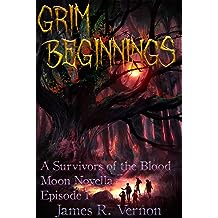 Corren Fremark now wakes every morning to a world of horror and fear. Civilization is gone, overrun by monsters made of flesh and bone. The red moon casts a constant glow over the forest where he and four other strangers struggle to survive. Every day the group finds that survival comes with a cost as their morals, resolve, loyalty, and humanity are constantly put to the test. Can they face the monsters that still hunt humanity while struggling against other survivors and their own demons?

This is the first episode in a dark fantasy serial.
Read more 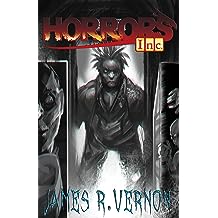 Horrors, Inc. Aug 23, 2017
by James R. Vernon, Josephine Hao
( 2 )
$4.59
Eddie Watson is an underachiever. He holds a degree in philosophy, but is perfectly content working as a janitor at the most advanced pharmaceutical and tech company in the world, Soladyne Corporation. Little does he know his job is about to take him on a strange journey into the bowels of the company’s secret laboratories from where man’s deepest fears have escaped to terrorize Eddie and his co-workers.

The easy-going janitor is forced to face monsters, both savage and intelligent, that have spent years being poked and prodded for science. Defend against the mystical and dark arts of Soladyne's enemies and their infiltrators. And ultimately even if he survives, must decide whether his own company and those that know its inner workings are even worth saving.
Read more
Other Formats: Paperback 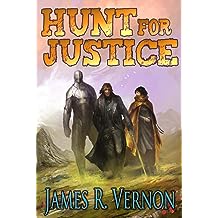 Hunt for Justice: A Bounty Earned Mar 3, 2015
by James R. Vernon, Josephine Hao
( 3 )
$2.99
Esmerelda Ciantar was the eldest child of the most powerful of the Hawkpurse families. Her family's history could be traced back before the Plague and could have been the very first Hawkpurse family in existence. Trained from an early age to eventually take over the family business, Ezzy spent the first twenty years of her life shut away from the rest of the world. But then one man destroyed hundreds of years of her family's wealth and prosperity.

Now Ezzy is set on a path to find the man responsible for her family's tragic downfall. Her only ally is Nolan Bintershad, her family's personal Thaljori and her most trusted friend.

After a year of searching and following unreliable leads, she finally finds some information that will set her on a straight path to justice for her family. Life rarely makes things easy, however, and Ezzy soon finds herself with more enemies then she could imagine and with an ever growing bounty placed on her head.
Read more
Other Formats: Paperback 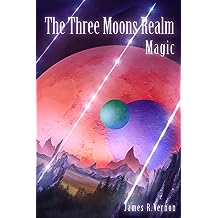 Each story is a small look at the lives, locations, cultures, and history of the Three Moons Realm. The first story follow Nolan Bintershad, master Thaljori and expert at bonding a human to an inanimate construct and giving it life. His ability has earned him wealth and connections throughout the years, but the process is starting to take its toll. Next you'll look through the eyes of a man on mission to eradicate the Nexmortis; men and women that corrupt the dead and dying. Even with the blessing of the goddess of the soul, does the Unnamed Man have a chance against such dark magic users and their abominations? Next we find Fila Morelso about to perform her dazzling illusions and tell epic stories in her role as a Sparkteller. But this particular audience is a little rougher than most and she doesn't exactly have the option of turning them down. Our fourth story finds Declan Windsor enjoying a peaceful day out fishing. Pulling in a decent catch is easy when you can manipulate the water itself as an Elementalist. Unfortunately, off of the water, Declan has little control of his situation living on the streets of Lurthalan or the people he runs, or crashes, into. The final story finds Zin, imp of the Abyss, practically the bottom of the food chain, under the service of a master a hundred times more powerful than any of the people we've examined so far. But his inhuman master is as cruel and petty as he is strong, and Zin is constantly on the look out for a way to not only escape his enslavement, but the very Abyss itself.
Read more 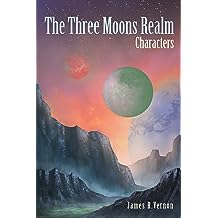 Each story is a small look at the lives, locations, cultures, and history of the Three Moons Realm. The characters show cased in these stories are important background characters that may or may not make an appearance in the first full length novel Bound to the Abyss.
Read more