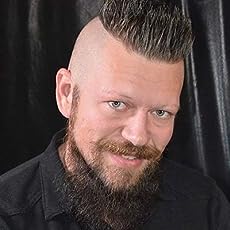 Jamie Skeie was born in Iowa City, Iowa, on May 19, 1980. After graduating high school, Jamie moved to New York City and became a SAG-AFTRA actor. He lived in New York City for five years while working in film, TV, commercials, theatre, and modeling. On September 11, 2001, Jamie was a 9/11 first responder at ground zero at the World Trade Center. His heart will always go out to the families of the victims of this terrible tragedy. To help cope, Jamie got an African Grey Congo parrot, whom he named after the constellation, Orion's Belt. Jamie soon invented a product called The Adventure Pack Bird Carrier™. This product benefits parrots and their owners by allowing them to safely travel with their parrot. As the business grew, Jamie moved to Los Angeles to continue developing and distributing pet products. Later, he continued to pursue his acting career in Los Angeles. Having children of his own, he was inspired to write children's books. Jamie published his first children's book, Orion the Star: The Pink Dolphin, in 2019. This book is the first in the series called Orion the Star. This series features an African Grey superstar parrot, who flies from the stars to save all creatures in distress. Two faithful sidekicks, dogs named Canis Major and Canis Minor, follow along to assist Orion in the rescues. The second book in the series is called The Purple Purse Merman. Jamie and Orion now reside in the Las Vegas area, where he continues to write and publish books.
Read more 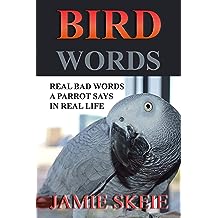 Bird Words Aug 7, 2019
by Jamie Skeie
$2.99
BIRD WORDS features real bad words a parrot says in real life. This parrot's name is Orion. Orion is an African Grey Congo parrot with a big personality. Orion is a female parrot who is actually really sweet. She only says bad words when she's making a point or a funny joke. Orion is almost 18 years old and has an amazing sense of humor. Some of her words can be offense, but so can some comedians. She’s always trying to make people feel good. Everything she says is to make you laugh and reconsider your own thoughts about animal intelligence. Orion has other books that feature her sweet side and amazing vocabulary. Orion is also featured in a popular children’s book series called, ORION THE STAR. Orion’s vocabulary was documented for one full year in IF DOGS COULD TALK and BIRD BRAINS.
Read more
Other Formats: Paperback 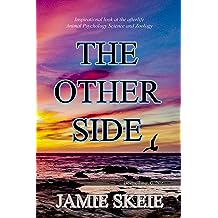 The Other Side Nov 12, 2019
by Jamie Skeie
$2.99
The Other Side will take you on a journey as you get an inside look at a parrot's perspective on animal and human intelligence. Imagine if you had two different eyes looking into different directions and that you could also see The Other Side. You will not only read, but you will also feel how animals and children might able to sense things more clearly than adults. You will wonder if angels are real and re-consider how our loved ones might always be with us.
Read more 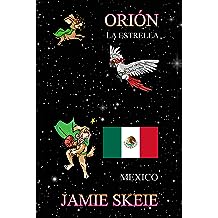 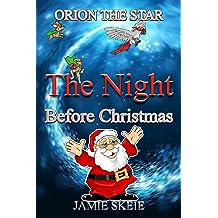 Orion the Star: The Night Before Christmas Dec 10, 2019
by Jamie Skeie
$2.99
Santa is looking to the stars for hope ‘cause nobody believes in him anymore. Suddenly, Orion the Star flies from the constellation, Orion’s Belt to save Santa, Dasher, Dancer, Prancer, Vixen, Comet, Cupid, Donner, Blixen, Blitzen, and Rudolph. The reindeer can’t fly, and Rudolph’s nose won’t shine. Orion the Star and two trusty sidekicks, Canis Major and Canis Minor, know what to do. Together, they will save Christmas.
Read more 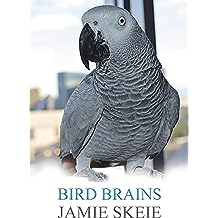 Bird Brains Apr 29, 2019
by Jamie Skeie
( 2 )
$2.99
BIRD BRAINS is a colorful book, that showcases animal intelligence. An African Grey Congo parrot, Orion, was observed in her home for a year. All of her words were documented, and written down, word for word. The complete list of Orion's vocabulary is available to be viewed in two other books. These books are called IF DOGS COULD TALK and IF DOGS COULD TALK FOR KIDS. BIRD BRAINS takes a deeper look into her thoughts and showcases the meaning behind her words. You can study this parrot's cognitive intelligence, by seeing her comprehend grown-up things. She responds with perfect timing when she talks. Orion was 17 years old when her words were documented. She learns new sentences, every day. Imagine what Orion will say over the next 40 years... Orion has her own children's book series about her, too. The series is called Orion the Star. The book series is about a superhero parrot, who flies from Orion's Belt, to save all creatures in distress. Orion also has trusty sidekicks, to help her save the creatures. These superstars are named Canis Major, Canis Minor, and the Purple Purse Merman. Bird Brains will make you smile, laugh, and feel good. It's a must-read, for everyone!
Read more
Other Formats: Paperback 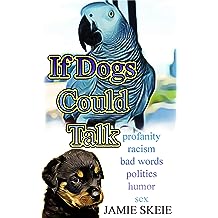 If Dogs Could Talk Feb 27, 2019
by Jamie Skeie
( 1 )
$2.99
If Dogs Could Talk was inspired by a real living parrot, named Orion. Orion is an African Grey Congo parrot. She has lived with the author since she was three months old. She was 17 years old during the last year of having her words documented. Some things will be offensive to people. When you're reading her words..please don't take anything personally. You are seeing a real look into a parrot's vocabulary. For scientific reasons...the exact words she said, were documented, chronologically, from current to past.

The author, Jamie Skeie, created a children's book series about Orion also. It's called Orion the Star. She is featured in this book series as the superhero parrot, who flies from Orion's Belt, to save all creatures in distress. The first books in the series are called The Pink Dolphin and The Purple Purse Merman.

Orion learns new sentences every day. This book was created to help other pet owners...know what their pets might be thinking! Animals are smarter than some people realize. After reading, If Dogs Could Talk, you'll feel closer to your loved ones. You'll know what your pets would say..if they could talk!

Orion has learned how to speak, without being given treats. She has learned naturally. Just like if you were to move to another country...and pick up on the language, from living there. This book proves an African Grey's intelligence..is the same as their age, in comparison to a human's age, and intelligence. Orion, at 17 years old, demonstrates the same cognitive, and speaking abilities as humans, the same age. And, she's more intelligent than most teenagers!
Read more
Other Formats: Paperback 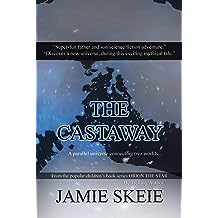 The Castaway Jul 5, 2019
by Jamie Skeie
$2.99
THE CASTAWAY is a science fiction adventure story about a father and son reuniting. The son, Torin, ventures into a red magical desert forest with his mom. Along their journey, Torin finds a secret portal leading him to a tropical island. The exact same moment Torin lands on the mythical island, his dad crashes his sailboat through a portal, shipwrecking him on the same island. This short children's novel is based on the popular children's book series, ORION THE STAR. THE CASTAWAY is a whimsical adventure, and a fairy tale connecting to the stars. Constellations like, Orion’s Belt, Canis Major, and Canis Minor, bring this story to life. This is a fun fable full of mermaids, pink dolphins, and the Purple Purse Merman!
Read more
Other Formats: Paperback 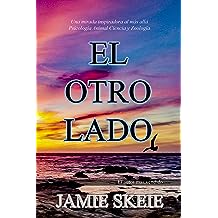 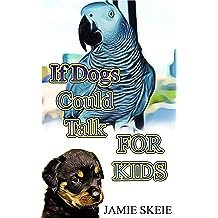 If Dogs Could Talk FOR KIDS Apr 26, 2019
by Jamie Skeie
( 2 )
$2.99
If Dogs Could Talk FOR KIDS was inspired by a real living parrot, named Orion. Orion is an African Grey Congo parrot. She was 17 years old during the last year of having her words documented. You are seeing a real look into a parrot's vocabulary. For scientific reasons...the exact words she said, were documented, chronologically, from current to past. Some sentences from her vocabulary were left out of this book..to make sure everyone will enjoy reading it. If Dogs Could Talk features her complete vocabulary. This book will make you laugh out loud, and will make you question your own pet's intelligence.
Read more
Other Formats: Paperback 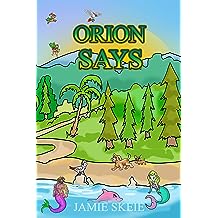 Orion Says May 2, 2019
by Jamie Skeie
$2.99
Orion Says, "I've never heard of Simon Says." Orion Says is a fun book that is also an interactive game that helps children want to look at the book while you read to them. Orion Says is a fun way to experience unforgettable moments with each other. Each page contains an action picture, that will get your kid up, moving around, dancing to a strange beat of an awesome supersized superhero parrot named, Orion. Orion is featured in Orion the Star, a children's book series based on her. You can also read what Orion says in If Dogs Could Talk FOR KIDS and Bird Brains. Orion is a real living parrot, who lives with the author. Orion Says will help your child interact with you, and other kids, while being introduced to reading.
Read more
Other Formats: Paperback 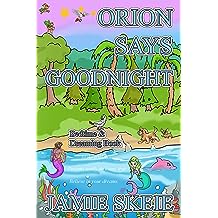 Orion Says Goodnight May 25, 2019
by Jamie Skeie
( 1 )
$2.99
A mythical bedtime story featuring Orion the Star, the Purple Purse Merman, Canis Major, Canis Minor, the Pink Dolphin, and other superheroes. Orion the Star is the main superhero. This superstar flies from the constellation, Orion's Belt, to save all creatures in distress. Orion Says Goodnight is an interactive play story, that helps children become calm while playing a game before bed. Everyone's played Simon Says, now it's time to read, play, and dream while you read Orion Says Goodnight.
Read more
Other Formats: Paperback 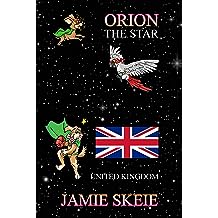 Orion the Star: United Kingdom Jun 16, 2019
by Jamie Skeie
$2.99
Orion the Star is a universal superhero parrot, who flies from the constellation, Orion's Belt to save all creatures in distress. Her trusty sidekicks are two dogs named Canis Major and Canis Minor. Canis Major is a funny dog, who always has his tongue out like Jordan. He has a magical red basketball as his secret weapon. Canis Minor is a cute little dog with magical red glasses. These universal superstars join up with other superheroes like the Purple Purse Merman. Together, with people in our universe, they reunite families and save the world.
Read more
Other Formats: Paperback