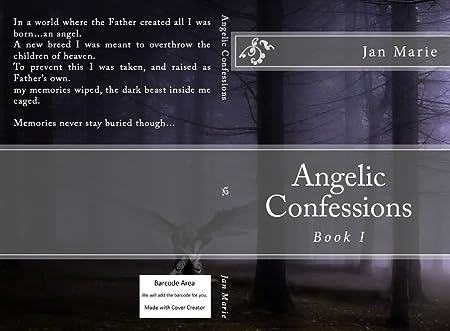 Jan Marie (Also known as Janny C) is an establish online article writer. Mostly self trained with only attending one Rock Valley College writing course she first broke into the comic book writing scene where she worked with new independent companies as head script writer. She then moved into freelance writing having been published by various online publishers and also was featured in FATE magazine. She also hosts her own book promotion blog site Authors and Angels where she host reviews and interviews of fellow indie authors.

Now under the pen name Jan Marie she has entered the book world with her first fantasy romance novella "Angelic Confessions." She is currently working on Book 2 in the series titled “Angelic Awakenings”

"Jan Marie takes our breath away with her first novella Angelic Confessions. Marie shows us a new insight into the realm of angels. The love affair that grows between the two main characters Pio and Aye is a wild ride that carries you throughout the story."- Kathryn Jenkins, of DKC Publishing. 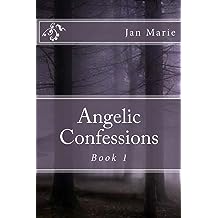 Angelic Confessions (Book 1) Jun 12, 2014
by Jan Marie
( 3 )
$9.99
In a world where the Father created all I was born...an angel.
A new breed it was meant to overthrow the children of heaven.
To prevent this I was taken, and raised as Father’s own.
my memories wiped, the killer beast inside me caged.