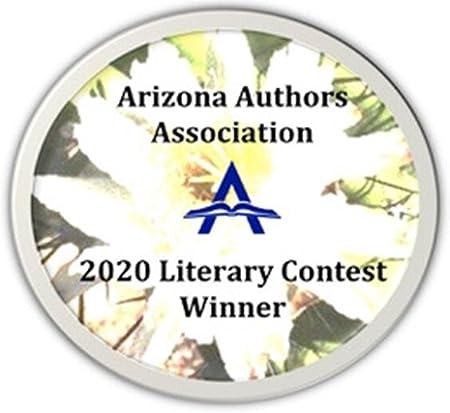 Jan Tenery began writing stories as a child while on the road with her military family. This wanderlust continued into adulthood, inspiring trips to such places as Africa and Australia. Some of her writing appeared in the college literary magazine at the University of Maine, where she studied mathematics. After a career in healthcare, she retired to Arizona to live on a seven-acre citrus farm, and there she wrote the first drafts of what would become her first two published novels, "Brass Roots" and "Orange Crush." Jan now lives in Oracle, Arizona. Primarily a novelist, she writes contemporary stories with a humorous lilt. Her current project is "Reading the Water," a novel about canoeing and fatherhood in the north Maine woods. 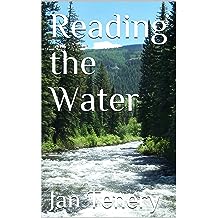 Reading the Water Feb 14, 2021
by Jan Tenery
( 1 )
$3.99
A self-confident man of many talents, Mike Burnham takes a job as a fishing guide in the north Maine woods and falls in love with the sprawling lakeside lodge known as Ross Sporting Camp, where he works. He befriends patriarch Dad Ross as well as Dad's son and heir Bert, who is struggling to manage the hundred-year-old, rustic camp.

Mike borrows Dad's hand-built canoe for an extended river trip, a busman's holiday, and while on the river he learns that the historic old lodge burned down in a lightning storm. The Ross family has dispersed without a trace, leaving Mike jobless and homeless. He befriends and moves in with Cam Howard, a strong, independent woman single-handedly caring for her intellectually-disabled adult son. Cam helps Mike find work, and he finances another canoe trip for the following spring.

While on the river, he runs into Bert, who is rebuilding Ross Sporting Camp on a new location using money from the insurance pay-out from the fire. Further investigation reveals that the fire was an act of arson committed by Bert himself. Mike is outraged and vows to see that Bert is punished for his crime. Yet Mike's vengefulness causes him to blunder. He is caught in compromising situation with Linnie, the spoiled daughter of a small-town kingpin with powerful influences, and forced into marriage.

Mike and Linnie disagree over the upbringing of their daughter Sylvie. Mike takes the infant on a canoe ride and bonds with her, but Linnie calls upon her father's powerful influence to punish Mike, falsely charging him with child endangerment. He is railroaded into a severe prison term.

After his release on probation, Mike is rescued by faithful Cam, who takes him in again and tries to change his vengeful heart. But Mike has lost Dad's canoe, his daughter, and ten years of his life. Why has punishment rained down on him while his enemy prospered? With the help of his friend Cam, Mike will learn that judgment comes in its own time, and that he himself will play a role in Bert's downfall.
Read more
Other Formats: Paperback 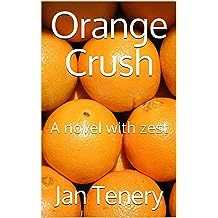 Orange Crush: A novel with zest Mar 10, 2020
by Jan Tenery
( 1 )
$5.99
Back east they called her Win, because she always did. Now, a twist of fate has brought stylish urbanite Martha Winfield to Arizona’s low desert, where she takes the unlikely job of managing Paul Harriman’s citrus orchard. Harriman is under scrutiny by a pair of private investigators who suspect he is involved with the Mexican drug cartel. When the new orchard manager arrives wearing high heels, senior PI agent Sonny Butterfield questions Harriman’s reasons for hiring her. Martha becomes a person of interest in the investigation, especially to Sonny’s young associate, Colton Frye, whose eye has been caught by the classy, curvaceous blonde. Suddenly, everyone’s motives and loyalties come into question. Whether victim or accomplice in Harriman’s scheme, Martha is certainly a complication in this humorous, fast-paced story about love, money, and other intoxicants.
Read more
Other Formats: Paperback 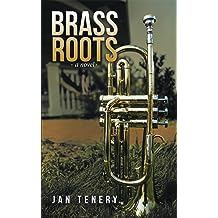 Brass Roots: A Novel Oct 2, 2015
by Jan Tenery
( 1 )
$2.99
Brass Roots is the inspiring and humorous tale about a natural leader in search of his true destiny.

Grad student Jeffrey Bowden wants out of Baxter, Maine, a city gripped in financial and moral decline. As a gifted musician with high ambitions, Jeffrey works as assistant director for the local college band, yet all the while, he is counting the days before graduation, when he can leave Baxter and establish his career someplace with more promise.

Then, renowned philanthropist Andrew Quigley comes to town and makes Jeffrey the offer of a lifetime: a full-time directorship in Hawaii. Soon Jeffrey is ushered into a spectacular life in paradise, where he and Quigley begin to develop the symphony which Jeffrey is to lead. When Quigley's wife absconds with the funds bankrolling the venture, Jeffrey's dream career suddenly collapses. His only available job opportunity is leading the municipal band in Baxter.

As an employee of the city, Jeffrey gets an insider's look at the corruption underlying Baxter's problems. Using his leadership skills, he mounts a grassroots effort against the mayor's harmful practices, and in doing so, sparks a revival of hope among his fellow citizens. But as Quigley reappears with an astonishing accusation, Jeffrey realizes that his passion for righting wrongs has put both his reputation and his life at stake.
Read more
Other Formats: Paperback