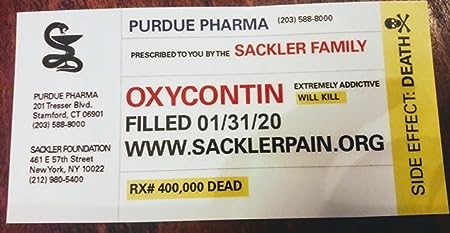 The chilling first hand-account of the horrors of the opiate epidemic told by a neonatal intensive care nurse, will forever open your eyes to the consequences suffered by the drug-addicted babies,families and our nation. Living in any community in the United States, the effect of the opiate epidemic is felt. Broward County Florida where the author Janet Colbert lives and worked is the epicenter of the opiate epidemic for our entire nation. In the year 2016 there were more overdose deaths in the United States than the entire Viet Nam War. Through research Colbert discovered the world of corruption and greed and revealed the elicit players in the book.

Colbert's passion for her cause is evident throughout this book, and she makes a convincing case for the complicity of medical professionals who profit from dispensing large quantities of drugs. At one point, for instance, she points out that there are &quot;more [clinics] than McDonalds&quot; in Broward County. The excerpts from her correspondence also make it clear that she doesn't mince words when she fights for what she believes....Kirkus Reviews 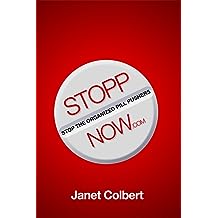 This book is an intimate look at the seedy underworld of organized pill pushers collaborating in our own backyard! This is not only isolated to someone else’s family, it also affects mine and yours. This is an opiate epidemic that is fueled by greed! The number of deaths and babies born to addiction escalates every year, and we continue to make the excuse; the drug companies are too powerful! It’s time to STOPPNow!!!

Janet Colbert is a passionate woman who cares about the lives of others. She was born in New York and moved to Florida at the age of 2. She is a proud Floridian who loves and cares for her community. Colbert earned dual degrees (BSN and BPS) after intense schooling at nights and on weekends while holding down a full time job.

While working as a neonatal intensive care nurse Colbert came to realize that she wasn’t just caring for sick babies, instead she observed more and more babies being born into addiction. After further research on her own, Colbert found she was in the middle of a nationwide epidemic that has its epicenter in Broward County, Florida. Sickened by the revelation about the community she loves, Colbert started writing letters to local and national leaders.

Colbert soon realized that this was not enough and that she could not stand by caring for the increasing number of addicted babies and not give more of herself. She and two other mothers organized protests in front of some of the 150 pain clinics in Broward County. The protests and protestors multiplied as concerned parents joined in their efforts. Colbert knew she needed to do more, so she did. She has presently brought the fight back to the politicians as well as writing a book about this pandemic, STOPPNow!!!

Janet Colbert’s efforts have been recognized by her community. On May 11th she was inducted into the 2017 “100 Most Outstanding Women of Broward County.”
Read more
Other Formats: Paperback