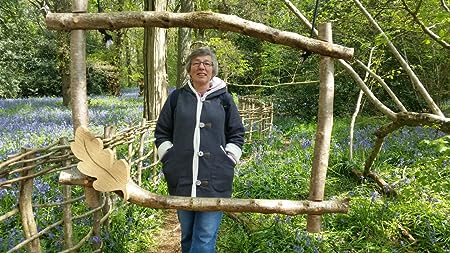 I have been writing frantically for 14 years. I am inspired by anything and everything and enjoy writing about ordinary people; but usually they find themselves experiencing strange events!

When I was encouraged to tackle a novel my daughter suggested I use my short story 'Brief Encounters of the Third Kind' as she wanted to know what happened to Emma, whose fate had been left in the air at the end of the story. The novel became a trilogy with Three Ages of Man and finally Lives of Anna Alsop.

Quarter Acre Block was inspired by my family's emigration to Australia.

My most recent novel is called At The Seaside Nobody Hears You Scream. When Toby Channing's girlfriend disappeared without trace he was the last person to see her and the first suspect... He travels England searching for her.

I enjoy writing fiction of any length and have had many short stories published on line. I have published four collections of short stories; my most recent, Someone Somewhere includes two novellas linked to my novel At The Seaside Nobody Hears You Scream.

My website is Tidalscribe.com where I post regular blogs about everything and anything and also flash fiction. You can read more about my books and follow my picture gallery which I update frequently, indulging my love of taking point and shoot photos with my phone. 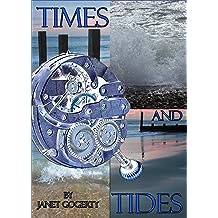 Times and Tides Feb 18, 2017
by Janet Gogerty, Colin Gogerty
( 3 )
$2.47
Twenty five stories starting with a blind date and ending on Xmas Eve, with no clue as to what you might expect in between. In this third collection of short stories are some real places and experiences plus much that could happen or should never happen. 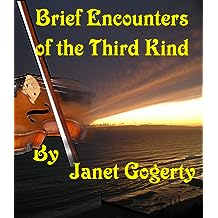 Brief Encounters of the Third Kind Jan 3, 2013
by Janet Gogerty, Colin Gogerty
( 8 )
$0.99
In the early years of the Twenty First Century, widow Susan Dexter has more to worry about than the recession. For thirty years she has kept a secret; she is not sure if her daughter is human. New events lead her to other people who need to find the truth.
How do ordinary people cope with the extraordinary?
Mystery, music and medicine are at the heart of this family saga; sub plots are woven amongst several very different love stories, as the characters question what it is to be human and what is reality.
Read more 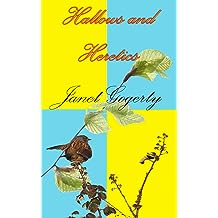 Hallows and Heretics Nov 20, 2013
by Janet Gogerty, Colin Gogerty
( 2 )
$1.99
A second anthology from the author of 'Dark and Milk,' including recent prize winning short stories. As you would expect, some tales are light, others very dark and you will not know which are which until it is too late! Visit places you may or may not find on a map, discover the Hambourne Chronicles and meet people who may not be what they seem.
Read more
Other Formats: Paperback 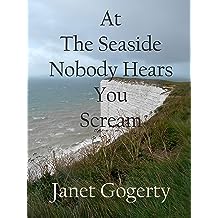 At The Seaside Nobody Hears You Scream Nov 4, 2019
by Janet Gogerty
( 1 )
$3.22
In the summer of 2013 Annette Bethany Brown went missing without trace. Her boyfriend Toby Channing was the last person to see her, the only person who knew where she had spent the previous days.
In February 2014 Tobias Elliot Channing, private investigator, was still roaming the country, a camper van detective specialising in missing persons; hoping to discover why so many people go missing. He was visiting every place that had a connection with Anna, there were still no clues to her disappearance. 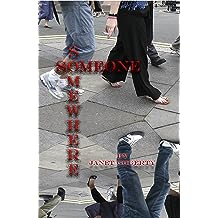 Someone Somewhere May 3, 2017
by Janet Gogerty, Colin Gogerty
( 2 )
$3.22
When Selina’s son tells her he is bringing someone for the weekend the guest is not what she is expecting.
A summer solstice weekend at Durlswood House promises to be very pleasant, but events occur that will change the lives of two people forever.
Someone is somewhere, but are they where they should be and who are they? Enjoy two very different novellas.
How long is a story? How short is flash fiction? Four topical short stories and two chapters of flash fiction round up this collection and take your mind to somewhere you may not have been before. 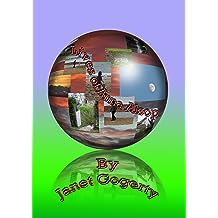 Lives of Anna Alsop (Brief Encounters Trilogy Book 3) Mar 16, 2015
by Janet Gogerty, Colin Gogerty
( 2 )
$3.99
All Anna DaSilva ever wanted to be was a doctor, but newly qualified, she met a group of people who were to change her life.
As Anna Alsop emerges from the misery of morning sickness she looks back on the past year and tries to come to terms with the year ahead. Married swiftly to a man she hardly knew, step mother to a hyperactive toddler who must be protected from himself and the rest of the world, can love and sharing the impossible be enough to build a family and her career?
Anna and the other residents of Holly Tree Farm keep their inexplicable experiences secret from the rest of the world and try to create a normal life, but for how long?
'Lives of Anna Alsop' is the third and final novel in the 'Brief Encounters Trilogy'.

Brief Encounters - Trilogy or Triangle?
A family saga of three generations and three families set over three years early in the Twenty First Century. A thriller of music, medicine and mystery entwined with tales of unrequited love, love lost and found and love crossing impossible boundaries.
But most of all this is a story of ordinary folk who are your neighbours, who sit next to you on the bus. They work, shop, cook and look after families, while keeping secret the inexplicable events that have changed their lives. 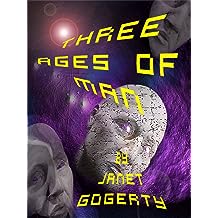 Three Ages of Man (Brief Encounters Trilogy Book 2) Nov 10, 2013
by Janet Gogerty, Colin Gogerty
( 3 )
$3.98
A man wakes up on a London park bench wearing another man's clothes and another man's watch.As he finds his bearings he realises the impossible has happened.
This is the preparallequel to 'Brief Encounters of the Third Kind' and second of the trilogy.
In the early years of the Twenty First Century a stranger arrives in Ashley. Only he knows the truth about what will happen to beautiful musician Emma Dexter in seven months time, but will he be able to save her and the others caught up in events that defy explanation?
Julie Welsh is a busy mother with plenty of problems and her life is about to get far more complicated when she stops to help a stranger.
The universe is unknowable, what happens in these two novels could happen to any of us!
Do you like a good family saga, do you enjoy fast moving thrillers, do you wonder at the meaning of life and the whole universe? If the answer is yes to any or all of those questions, you will enjoy this novel.
Read more
Other Formats: Paperback 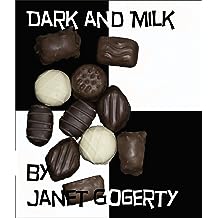 Dark and Milk Jan 5, 2013
by Janet Gogerty, Colin Gogerty
( 3 )
$0.99
Dip into the selection, what will you find, dark or milk, soft centre or hard, a moment's pleasure or something to chew on? Stories for your coffee break or dare you read them at bed time?
Read more
Other Formats: Paperback 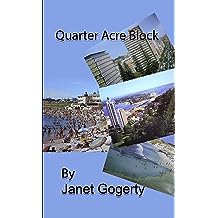 Quarter Acre Block Nov 12, 2012
by Janet Gogerty, Colin Gogerty
( 15 )
$0.99
In the nineteen sixties many ‘ten pound pommies’ had never left England before and most expected never to return or see loved ones again. George Palmer saw Australia as a land of opportunities for his four children, his wife longed for warmth and space and their daughter’s ambition was to swim in the sea and own a dog. For migrant children it was a big adventure, for fathers the daunting challenge of finding work and providing for their family, but for the wives the loneliness of settling in a strange place.
Read more
Other Formats: Paperback