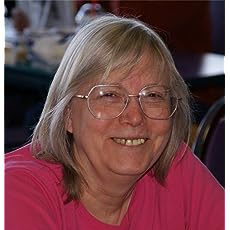 Janice Clark and her brother share a home on partially wooded acreage south of Puget Sound, where the morning fog drifting over the coastal hills could easily conceal dragons or any number of magical creatures. She does not "own" a cat, but there are often deer, squirrels, and rabbits in the yard, as well as the neighbor's free-range chickens and several cats who hunt the area.

The Hall of Doors books relate the fantasy adventures of Sammy, who follows her cat up a moonbeam to another world. The first five "easy-reader" books are back as singles, with wonderful covers and interior illustrations by artist J.W. Kalin, who also did the covers for many of her other books. JUST RELEASED is book 6, "The Forgotten Door," which is a middle grade novel. Each of the six Hall of Doors books includes a bonus short story.

The novelette, "Fairy Gold," is a prequel to the Healer's Apprentice series, which follows the adventures of Teeka, a street orphan who becomes the catalyst to unite her war-torn world. The series includes "To Heal a Broken Planet," "Into the Unknown," and "The Stars Came Down.

Other books include story collections "Molly the Beekeeper's Daughter," and "A Different Kind of Hero," and an inspirational book about homes ("A Home Where God Lives," co-authored with Anita Donihue). Reprints of the gift books, "Christmas Brings Joy to Every Heart," and "Love Lives Here: The Heart of a Mother" are now available. She has contributed stories to eight Crimson Cloak Publishing charity anthologies (and a ninth pending), plus a story in the "Crimson Timelines" anthology. Also in the works: a picture book featuring a small boy and his pet dragon.
Read more 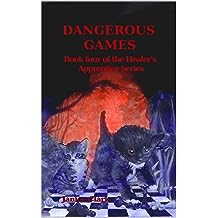 Dangerous Games (The Healer's Apprentice) Jun 23, 2020
by Janice Clark
( 1 )
$2.99
Chosen without her knowledge to be groomed as a “secret weapon” or troubleshooter by The Little Sisters of Charity, Teeka is thrust into the shadow world of interplanetary intrigue and conspiracy lacking information, her training still incomplete. Can she and companion Rico scramble fast enough to deal with one challenging situation after another? Ready or not…
Read more
Other Formats: Paperback 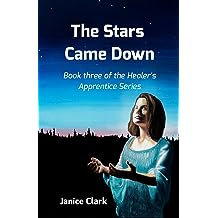 The Stars Came Down (The Healer's Apprentice Book 3) Apr 1, 2018
by Janice Clark
( 2 )
$2.99
The prophecy says that Teeka will “mend the broken world” and “spread the gift of healing to the stars.” She’s already made a start on bringing peace to her planet, although she has more challenges to come. But what if she couldn’t go to the stars? Would the people from the stars come to her? And would they be friendly?
Now thirteen, Teeka faces more complication dealing with her peers, as well as having her life turned upside down by various visitors from off-planet. Her life may never be the same again. 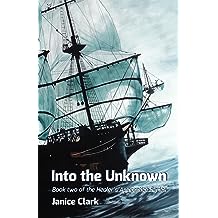 Into The Unknown (the Healer's Apprentice Book 2) Jun 21, 2016
by Janice Clark
( 2 )
$2.99
Teeka learns that a planet is much bigger than the three city-states she's familiar with as she sails into uncharted waters. Even more daunting is her venture into the world of her peers, as she tries to understand and navigate the world of young adults, teenage crushes, and proper etiquette.
Augmented by the dreamstone she carries, her psychic powers are growing stronger. Still she needs all her courage and ingenuity when she and her friends are kidnapped by pirates and carried by a storm to a land beyond the maps, where she deals with earthquakes and a volcanic eruption. Will the adventures never end? 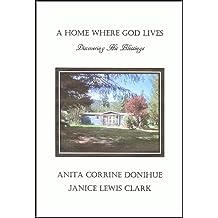 A Home Where God Lives: Discovering His Blessings Jun 8, 2016
by Anita Donihue , Janice Clark
( 1 )
$2.99
Best-selling Christian author Anita Corrine Donihue and poet/story-teller Janice Lewis Clark present a collection of prayers and poetry, essays and stories, scripture and other quotations, to be dipped into at random or read in sequence as you will. The focus is homes: different sorts of homes, different aspects of home, and discovering God's blessings in all of it.
No matter what your home is like or where you live, whatever your circumstances, in good times and trials, seeking God's presence in your home is the pathway to true peace of heart and mind.
Choose A Home Where God Lives as a housewarming gift, for a friend who's moving, for newlyweds, and for anyone who might like to take a fresh look at the positive aspects of their home, wherever it might be. Or buy one for yourself to enjoy. Pastors have also suggested the "attitude of gratitude" aspects could be useful for counseling. 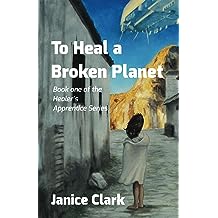 To Heal a Broken Planet (Healer's Apprentice Book 1) Apr 26, 2016
by Janice Clark
( 9 )
$2.99
What happens when you mix a regressed society, a former space colony recovering from a long-ago disaster, with an off-world group searching for new medicines (and maybe old answers). Add the indigenous, telepathic "little people" to the mix, throw in a society of psychic healers, and maybe a cat with interesting friends. Narrow the focus to a special child who may or may not be the child of prophecy but at least has connections to all the others. The fate of her world may depend on the child learning the secrets of her past—if the darkest secret doesn't catch up with her first.
Read more
Other Formats: Paperback 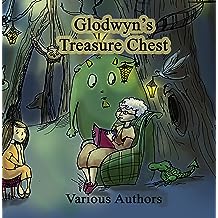 Glodwyn's Treasure Chest (Crimson Cloak Anthologies Book 1) Sep 6, 2014
by Esma Race , L. Sydney Abel , Helen Alexander , Janice Clark , Penny Estelle , Mary Filmer , Elizabeth Grace , Wesley Tallant
( 2 )
$3.99
Glodwyn’s Treasure Chest contains twelve charming short stories for children, collected by a gnome.
With fairy stories, “dragons” and alligators, time-travelling children, a Firehouse Dog and a Pony which refuses to be ridden, there is something for everyone in this gem of a book.

It began as a way for authors to introduce people to their work, and was intended to be distributed free. In order to reach catalogues which do not accept free books, it was decided to make a charge on such platforms but donate all monies received to charity. The charity chosen for "Glodwyn's Treasure Chest", was the World Literacy Foundation (http://www.worldliteracyfoundation.org/) They are an international charity which recognizes the link between literacy and conquering poverty, ill health and practices such as child marriage, and seeks to help with basic literacy skills through clever use of modern technology and cloud computing. Why not download the book and enjoy these charming stories, then donate to the World Literacy Foundation's work and help children around the world to read themselves towards a better life!
Read more
Other Formats: Paperback 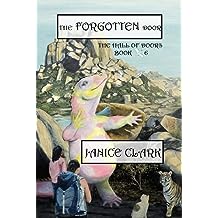 The Forgotten Door (The Hall of Doors Book 6) Feb 28, 2019
by Janice Clark
$2.99
Twelve-year-old Sammy has made peace with her long-absent dad, and acquired a new sister in the process: a sheltered, timid eight-year-old. Things get interesting when she takes her sister along on a trip to the fairy worlds, and everything goes wrong. Can Sammy help Casey to overcome her fears? Will they even find their way home again? And if they do make it back, will the bad guys follow?
Read more
Other Formats: Paperback 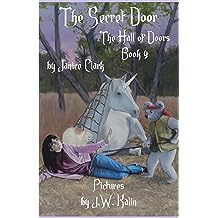 The Secret Door (The Hall of Doors Book 4) Mar 20, 2018
by Janice Clark
$1.99
Sammy feels as though her world has caved in when her mom has to move to another city to get work. She grasps what may be her last chance to introduce her friend Kerri to Selena’s world, and the two are off on an exciting adventure to rescue BB and a group of homeless refugees. Their allies include shape-shifting elves who can turn into unicorns, and dragon-hunting, nomadic kizzees, who look a little like koalas.
Both the kizzees and the unicorns are exiles from Princess Selena’s home world, displaced by The Dark, and parties to an age-old feud, which complicates matters a little.
Bonus story" "A Small Adventure"
Read more
Other Formats: Paperback 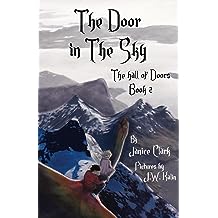 With the help of her new cat, Peaches, Sammy climbs back up the moonbeam seeking advice for dealing with her fear of heights and the dreaded rope climb at school. In the process of helping Princess Selena with her problems, Sammy finds the answer to dealing with her own fears.
Read more
Other Formats: Paperback 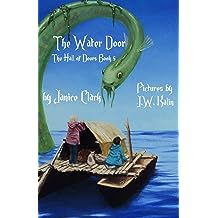 The Water Door (The Hall of Doors Book 5) Mar 20, 2018
by Janice Clark
$1.99
A letter from Sammy’s long-absent father sparks feelings of anger and betrayal. How can she ever trust him again? Helping a fairy child cross an angry sea, complete with sea dragons, to negotiate peace between two warring factions, Sammy learns that forgiving and forgetting are not the same thing, and trust can be rebuilt, if both parties are willing to work at it.
Bonus story: "The Hailstorm"
Read more
Other Formats: Paperback 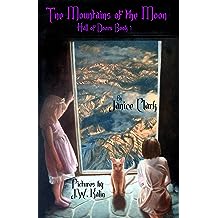 The Mountains of the Moon (The Hall of Doors Book 1) Mar 20, 2018
by Janice Clark
( 5 )
$1.99
The moon is full and Sammy's cat BB (Princess Buttermilk Biscuit) has disappeared again. Where does she go? Will she come back? Sammy follows BB up a moonbeam to a magical world, where she meets Selena and explores some of the wonders of Selena's castle. The fun turns to gloom when Sammy learns she has a hard decision to make.
Bonus story in this edition: Nolan's Fishy Adventure
Read more
Other Formats: Paperback 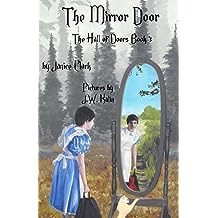 The Mirror Door (The Hall of Doors Book 3) Mar 20, 2018
by Janice Clark
$1.99
Furious at losing the part of Alice in the school play, Sammy quarrels with her friend Kerri, her mother, and even her cat, Peaches. But Peaches won't let her wallow in self-pity, and nudges her up the magical moonbeam path again. There she faces a more challenging role as she accompanies the cats, Peaches and BB, on a mission. From jabberwocks and carnivorous humpties to hyperactive pixie soldiers and a girl-eating dandelion, there's plenty of excitement along the way. And that's just the beginning. Can Sammy solve a mystery and make peace between two quarreling queens?
Bonus story: "Half a Doll House," in which two quarreling sisters learn to cooperate
Read more
Other Formats: Paperback