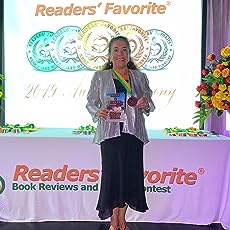 Hunting Mariah is her first novel to be published under J.E. Spina. She published her second novel, a paranormal/mystery/romance, How Far Is Heaven, June 2016. Book 3 of Davey & Derek Junior Detectives was published in August 2016 and Book 4 of Davey & Derek Junior Detectives Series in December on 2016. An Angel Among Us, a short story collection, was published in March 2017 and Jeffrey the Jittery Giraffe, a children's book, in May 2017. Clarence Henry the Hermit Crab, Mariah's Revenge, Lucy the Talented Toy Terrier and Abby & Holly School Dance, Books 1 & 2 in a series were published in 2018. Janice published her first fairy tale in 2019, The First Star.

She will be writing more books in the Abby & Holly series for MG/PT/YA girls. She has written five more books in the Drystan the Dragon series for young children which will be illustrated by her husband, John. All of these books will be published, hopefully, over the next few years.

Janice's short stories have been published in others' anthologies and in The Writer's Newsletter, https://thewritersnewsletter.com/fiction-non-fiction-

Her logo is Jemsbooks - books for all ages! Her motto is - Reading Gives You Wings to Fly! Come soar with Jemsbooks! Happy reading!

Janice's hobbies besides writing are crocheting, exercising to keep in shape, going to the movies with her husband or out to lunch or dinner, reading, book reviewing, blogging and spending time with her five grandchildren who are her writing inspiration.

Janice loves to hear from readers and appreciates and happily welcomes reviews. 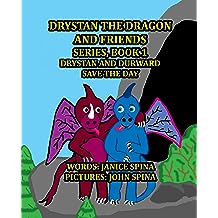 Drystan the Dragon and Friends Series Book 1: Drystan and Durward Save the Day Jan 31, 2020
by Janice Spina , John Spina
( 3 )
$3.99
This is a magical series about Drystan the dragon and his friends. These dragons are colorful, engaging and fun to read about. They teach children the importance of friendship, caring for one another, being kind to others, and it's okay to be different. All dragons are of different colors and their names begin with the letter 'D' - a fun way for young children to learn the letter 'D' and colors.
In Book 1 Drystan makes a new friend, Durward, who invites him to visit the Land of the Rainbows. While they are there they have an adventure. Find out what the dragons do to save the day.
Read more
Other Formats: Paperback 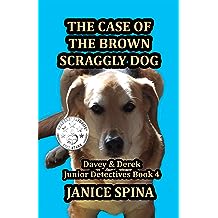 The Case of the Brown Scraggly Dog (Davey & Derek Junior Detectives Series Book 4) Dec 30, 2016
by Janice Spina , John Spina
( 6 )
$3.99
Davey and Derek Donato are at it again in this new book. In this case they come across a brown scraggly dog with blood on its paw but when the boys try to stop the dog, it runs away.

Aunt Gigi is here once again to assist the boys with their magic and provide some new spells.

Clues surface that suggest that someone may be injured and in need of help. The boys will have to use their skills and a little magic to solve this case.
Read more
Other Formats: Paperback 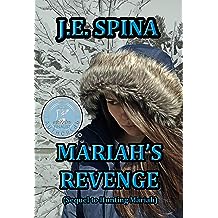 Mariah's Revenge (Sequel to Hunting Mariah) Mar 14, 2018
by J.E. Spina
( 5 )
$4.99
This book begins where the first book, Hunting Mariah, left off. This suspense/thriller/crime novel will keep you turning pages as the tension grows. There will be twists and turns and some surprises. Many of the same characters will be in play to give support and encouragement to Mariah along the way.
A new man comes into Mariah's life that reminds her of someone she wants to forget. He threatens to bring back the horrors that she and her family once endured. While the one she wants to forget suffers from a horrendous attack that puts his life in jeopardy.
Mariah must draw on her strength and resilience to survive danger at every turn. How much more can Mariah endure? How far will Mariah go to protect her family?
Read more
Other Formats: Paperback 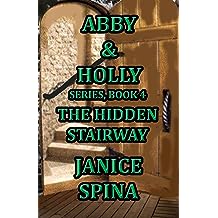 Abby & Holly Series, Book 4: The Hidden Stairway Feb 11, 2020
by Janice Spina , John Spina
( 4 )
$3.99
Join the cousins, Abby and Holly, as they search for clues about who placed an urn up in their attic with the remains of a young girl who lived a century ago. Their old Victorian holds many secrets and the girls are determined to solve this mystery with the help of two ghost friends, Felicity and Minerva, who inhabit their home.

As the girls are searching for clues in their basement they discover a hidden stairway. Upon entering the stairway they find themselves unexpectedly catapulted back in time to a century ago. Will they be able to return with the answers to the mystery? If not, who will help them get back? Or, will they be forever lost in time?
Read more
Other Formats: Paperback 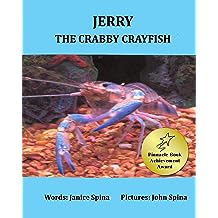 Jerry the Crabby Crayfish Feb 18, 2014
by Janice Spina , John Spina
( 12 )
$3.99
Jerry is a crabby crayfish who all day long wishes he could be a fish. One day something happens in the fish tank that makes Jerry change his mind. Read about the valuable lesson Jerry learns.
Read more
Other Formats: Paperback 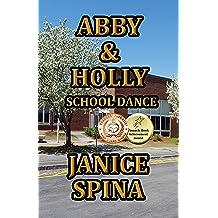 Abby & Holly, School Dance Jul 2, 2018
by Janice Spina , John Spina
( 8 )
$3.99
This is Book 1 of a series of Abby & Holly books. These two girls were first introduced in Book 5 of the Davey & Derek Junior Detectives Series.
The girls are first cousins on their mothers’ side. They moved to the quiet town of Lindon, New Hampshire and live in a grand old Victorian which is haunted.
The cousins are excited about attending the 6th grade dance. When their friend, Justine, is bullied, Abby and Holly, along with the help of a ghost and Davey & Derek, work together to formalize a plan to put a stop to the bullying.
Read more
Other Formats: Paperback 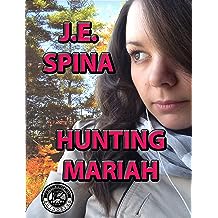 Hunting Mariah Oct 22, 2014
by JE Spina
( 17 )
$4.99
An insane killer, obsessed with blood and death, seeks revenge with those he perceives wronged him. He is now on the loose. His next victim may be Mariah.

Mariah has lost her memory. Will she remember what has transpired in her past? Can Mariah escape this deadly killer's grasp. Will she finally be safe? Will the killer be apprehended?
Read more
Other Formats: Paperback , Mass Market Paperback 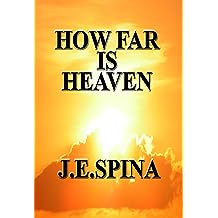 How Far Is Heaven Jun 3, 2016
by J.E. Spina , John Spina
( 9 )
$4.99
Parker and Priscilla Wilfork are happily married with two children. Life seemed perfect and peaceful until Parker goes on a business trip and does not return. Priscilla finds her world turned upside down when she searches for answers to how and why Parker disappeared.

One night Priscilla has a dream that Parker is an angel. Does this mean that Parker is now dead? After two years and no sign of Parker except in her dreams, Priscilla makes the decision to tell her children that their father has gone to Heaven.

Priscilla tries to get their lives back together until one day Deanna disappears too. Now Priscilla must go on a quest to find her daughter before it's too late. She fears her daughter's disappearance might be connected in some way to her husband's. Can Priscilla go on with her life if she loses Deanna too?

With the help of a handsome police Sergeant, Blake Furelli, they work together to try to find Deanna and solve the mystery behind Parker's disappearance. During this trying time, Blake, who suffered a loss of his own, feels drawn to the ethereal beauty of Priscilla.
Read more
Other Formats: Paperback 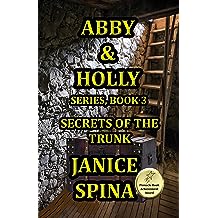 Abby and Holly Series, Book 3: Secrets of the Trunk (Abby and Holly) Aug 31, 2019
by Janice Spina , John Spina
( 4 )
$3.99
Join Abby and Holly in Book 3 as the cousins discover a new presence in their old Victorian while they are cleaning out the library of old books. They are not sure if this specter is benign or otherwise. This being leads them to the old trunk they discovered in Book 2 which holds many secrets and puzzles that they feel compelled to solve.

They enlist the help of their ghost friend, Felicity, who inhabits their home. She is a benevolent entity that once lived in their house from a century ago. She watches over the girls and vows never to leave unless they request her to do so.

There will be surprises and ghostly visits that will keep readers enthralled as Abby and Holly work together to uncover the secrets of the trunk.
Read more
Other Formats: Paperback 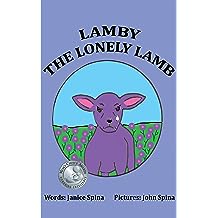 Lamby the Lonely Lamb Mar 13, 2014
by Janice Spina , John Spina
( 13 )
$3.99
Lamby is a very different lamb because of his color. He is lonely and only wants to be accepted by the other lambs. Find out what lesson Lamby learns when a little girl, Leah, comes to the farm where Lamby lives.
Read more
Other Formats: Paperback 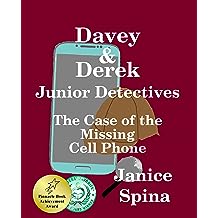 Davey & Derek Junior Detectives: The Case of the Missing Cell Phone May 3, 2015
by Janice Spina , John Spina
( 16 )
$3.99
Davey and Derek Donato are twins, but not identical, who love to play detective. They are always ready for adventure living in the sleepy little town of Lindon where nothing happens. The twins overhear about a sixth grader who lost her cell phone. The fifth grader twins kick into detective mode to solve their first case with the help of their friends, Mickey Catonni, aka cat. Things don't seem to add up when a bully gets into the mix.
Read more
Other Formats: Paperback 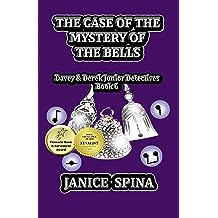 The Case of the Mystery of the Bells: Davey & Derek Junior Detectives, Book 6 Apr 17, 2019
by Janice Spina , John Spina
( 5 )
$3.99
Step into another magical and fun adventure with the twin detectives to solve this new mystery. There are clues at every turn, ghostly dreams with strange messages, and a surprise visitor that shakes things up. Even Aunt Gigi and Mianna are at a loss to provide any assistance to the boys.
Will Davey & Derek be able to solve this mystery of the bells? Where do they turn? Will they be able to put all the clues together? Can they use their new birthday gifts in this adventure? Find out what the boys do in this magical mystery.
Read more
Other Formats: Paperback