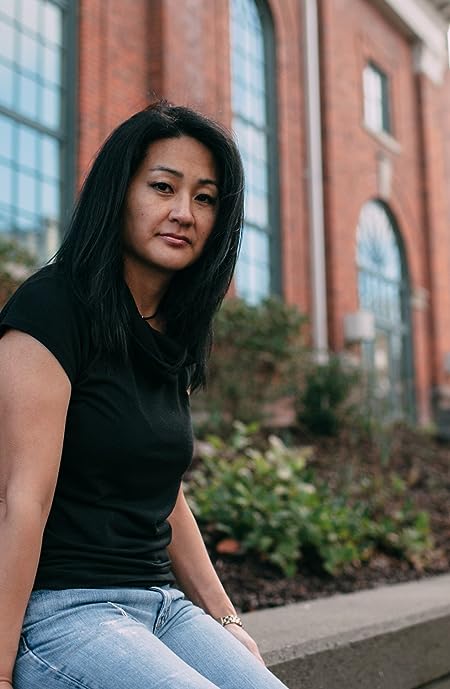 International multi-award recipient and gold-medalist author, Rev. Dr. Janine Myung Ja, is an adoption researcher and rights-based activist in support of adult adoptees searching for families separated by adoption and parents of adoption loss. Janine has written and curated 12 books, numerous feature-length screenplays, and documentary scripts on the topic of international adoption. The collection she calls "Adoption Books for Adults" contains rare research, insights, and investigations into the industry of intercountry and domestic adoption, plus a deep dive and a bird's eye view on what has become a multi-million dollar global industry.

*Did you know that 100% of all adult adoptees in the United States and around the world surveyed in 2019 believed they should have access to their adoption documents and original birth certificates if they so wish? However, due to antiquated adoption laws developed and refined by pioneering evangelicals, adoptees--even into their elder years--are not permitted access to information that all other humans on earth are able to obtain for themselves. It's never too late to discover the shocking findings from Janine's investigational research in the rare collective called "Adoption Books for Adults".

Janine is a big believer in the idea that all humans hold unique and profound experiences from which to listen and learn. She and her twin sister are cofounders of Adoption Truth and Transparency Worldwide Network, one of the largest adoptee-led groups on social media to discuss adoption from diverse perspectives that include domestic, late-discovery, transracial, and international adult adoptees. Janine is a proponent of international human rights agreements, including the UN Declaration on the Rights of Indigenous People, and she is an advocate of Against Child Trafficking, which is rooted in the original implementation of the United Nations Convention on the Rights of the Child (UNCRC). 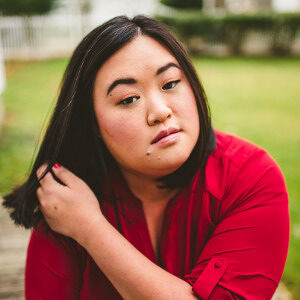 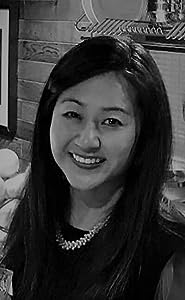 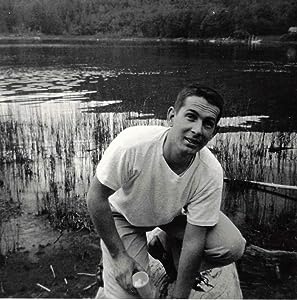 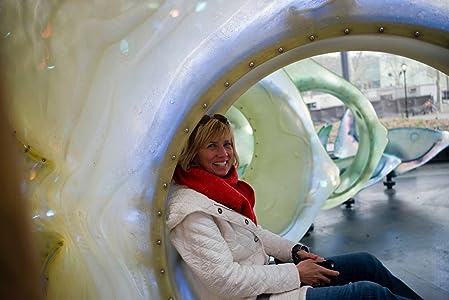 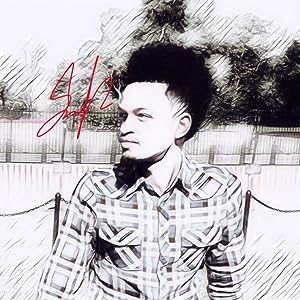 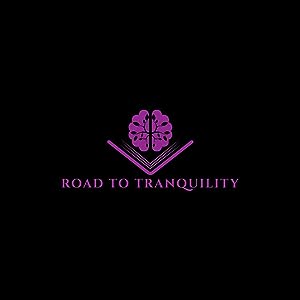 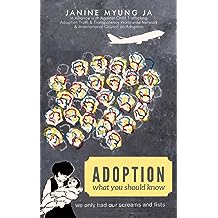 Adoption: What You Should Know Aug 31, 2020
by Janine Myung Ja, Rare Adoption Books
( 55 )
$0.99
This deep dive by the co-founder of Adoption Truth & Transparency Worldwide Network offers the data you need to know to make informed decisions about the practice. The main movements of children are organized into four sections and referred to as Orphan Ships (Europe), Orphan Trains (America), Orphan Planes (Asia), and Orphan Trafficking (Africa). Learn how the child movement began, spread, and why some domestic and international adult adoptees are against the practice today. Know more about the history and the industry than the professionals in the field.

Adoption: What You Should Know might convince you to think twice before transferring funds to the adoption facilitator—and being cautious could a good thing! The information inside could save you up to $75,000 in private hidden fees. This book is on its way to protect local, global, indigenous, and even the most wealthy families among us. Sometimes we need to scrutinize agencies—instead of immediately trusting them. It's when we do so that we can save ourselves a lot of the heartache of potentially adopting a child that has a living family or was even kidnapped by adoption traffickers. Some overseas adult adoptees, like the author, were unknowingly at risk of being deported to a birth nation they knew nothing about. Others have been deported as adults!

The adoption industry is changing rapidly from country to country: Russia and Ethiopia, the two most popular countries to adopt from, closed their doors within the last decade. Due to adoption scams, Europe has also made some decisions based on private findings. This book gives you a birdseye's view on the practice, beginning from Europe’s mass child movements of the 1600s to today’s child trafficking methods that have taken place in Africa and Asia.

It’s up to responsible considerate human beings (all of us) to decide if we want to listen and consider the voices of “the other side” in the effort to preserve families. Young adoptive parent applicants of today should be informed of all sides of the issue—not just exposed to agency advertising campaigns. Because of social media, the culture of adoption is rapidly changing. According to a 2019 preliminary poll, 100% of all adult adoptee respondents agreed with the statement that they should have a right to look for their birth family if they so wish. Permanently severing children from their family ties should be the last resort. Instead, it has become routine.

Now that it's been around four hundred years since the movement was built on draconian attitudes and antiquated beliefs, isn't it time to take the magnifying glass and inspect the entities that have made the most money from the movement? This unconventional view has been called mind-blowing by fellow adoptee-rights activists. A rare whistleblowing history book determined to protect United States citizens and vulnerable third-world nations against adoption scams and the profitable business of falsely advertising children from living families as if "orphaned." 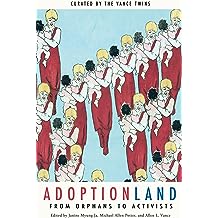 Adoptionland: From Orphans to Activists (Adoption Books for Adults) Apr 8, 2014
by Against Child Trafficking USA, Rare Adoption Books, Janine Myung Ja, Michael Allen Potter
( 30 )
$9.99
Ever wondered what adopted people are saying right now about adoption? This anthology begins with personal accounts and then shifts to a bird’s eye view on adoption from domestic, intercountry and transracial adoptees who are now adoptee rights activists. Along with adopted people, this collection also includes the voices of mothers and a father from the Baby Scoop Era, a modern-day mother who almost lost her child to adoption, and ends with the experience of an adoption investigator from Against Child Trafficking. These stories are usually abandoned by the very industry that professes to work for the “best interest of children,” “child protection,” and for families. However, according to adopted people who were scattered across nations as children, these represent typical human rights issues that have been ignored for too long. For many years, adopted people have just dealt with such matters alone, not knowing that all of us—as a community—have a great deal in common.Contributors: Casper Andersen, Lily Arthur, Trace DeMeyer, Peter Dodds, Arun Dohle, Darelle Duncan, Erica Gehringer, Jeffrey Hancock, Bob Honecker, Cameron Horn, Tobias Hubinette, Sunny Jo Johnsen, Kristina Laine, Lakshmi, Tinan Leroy, Georgiana A. Macavei, Marion McMillan, Khara Nine, Colette Noonan, Cryptic Omega, Vanessa Pearce, Michael Allen Potter, Paul Redmond, Lucy Sheen, Joe Soll, Vance Twins and Daniel Ibn Zayd.
Read more
Other Formats: Paperback 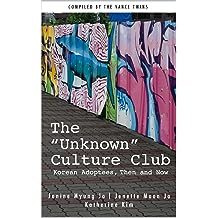 The "Unknown" Culture Club: Korean Adoptees, Then and Now May 25, 2020
by Janine Myung Ja, Rare Adoption Books
( 20 )
$9.99
At last, after sixty years of adoption profiteering, these narratives paint a true portrait of adoption--from the back door--by those most affected. This collection, compiled by Korean adoptees, serves as a tribute to transracially adopted people sent all over the world. It has been hailed to be the first book to give Korean adoptees the opportunity to speak freely since the pioneering of intercountry adoption after the Korean War. If you were adopted, you are not alone. These stories validate the experiences of all those who have been ridiculed or outright abused, but have found the will to survive, thrive and share their tale. Adopted people all over the world are reclaiming the right to truth and access to birth documents. This book is a living testament on why previous "orphans" do not endorse the profitable Evangelical Orphan Movement. Those who work in the human rights field, whistleblowers, or adopted, will see the value of this book.After years of forced "positivity" led by the profiteers, it is time to be real. These are real stories from individuals no longer serving the adoption pioneers' fanciful wishes and advertising campaigns. Read this book before you pay adoption agency fees. These courageous narratives could save you tens of thousands of dollars or prevent you from obtaining a child unethically. Be the first to read these narratives and join the ever-expanding Adoption Truth and Transparency Worldwide Network. It's never too late to walk in awareness!
Read more
Other Formats: Paperback 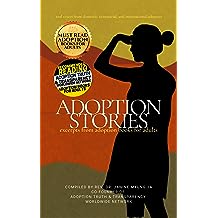 What are some adopted people (adoptees) feeling and saying about adoption today? You will be surprised. Adopted people are diverse individuals with differing points of view, yet have been stigmatized into one type of people by the industry leaders. Even though we come from various backgrounds, we've been stereotyped as if all of us are somehow ungrateful if we don't show enough appreciation, labeled as if having Reactive Attachment Disorder (RAD) when we don't bond as expected, or too negative when we push for answers. This little book proves that we are an assorted population with varying backgrounds, and we should not be reduced to the label of anti-this or anti-that when we ask questions—questions that make the industry uncomfortable. Rather, we should be given the right to ask questions about our background and even gain access to our adoption documents when we inquire. We have the right to ask questions—even if it makes adoption agencies uncomfortable. We should have the right to know if we have blood-related sisters and brothers, aunts, or uncles. None of us should have to go to our graves without having the opportunity to develop friendships with our next-of-kin—if we so wish. This book, containing excerpts from Janine's "Adoption Books for Adults" collection, is completely biased on the rights of adopted people and void of influence from adoption authorities. 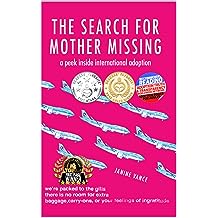 The Search for Mother Missing: A Peek Inside International Adoption May 24, 2020
by Janine Vance, Rare Adoption Books, Korean Adoptees Worldwide
( 32 )
$9.99
REVISED AND UPDATED WITH BONUS CHAPTER!: In this contemporary tale detailing a two-week trip that explores intercountry adoption from South Korea, twin sisters naively travel to their birth city of Seoul in search of their Korean family. Little incidents along the way serve as a catalyst that leads them into a worldwide modern-day adoptee-rights movement seeking truth and transparency.

The intent of this book is to inspire and uplift anyone who has been removed from their biological family to know that there is a community of like-minded individuals who've experienced the same circumstances. The book was awarded Gold in the genre of Young Adult Nonfiction by the Readers’ Favorite book club and ranked first in the genre of Action and Adventure by Top Shelf Books. This novel is partly inspired by events as remembered; however, some names, persons, characters, and dates have been changed and/or fictionalized. The authors and publishing companies are not responsible for any resemblance of these character names to actual persons, living or deceased.
Read more
Other Formats: Paperback 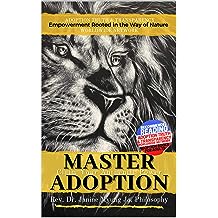 Master Adoption: Claim Your Authentic Power Sep 16, 2020
by Janine Myung Ja, Rare Adoption Books
( 1 )
$9.99
"We don't have adoption issues; we have an issue with adoption." The author offers a rare perspective based on the natural law of identity and equal rights –even for adopted people. If you believe adopted people should have the same rights as all other humans, you will find value in this rare book advocating for equality—even for adopted people. The author provides an Eastern and Metaphysical view that is aligned with all international human rights treaties and rooted in the Taoist way of nature, which appreciates who we are—as we are. Nope, we're not sinful creatures. We're sacred souls.
Read more
Other Formats: Paperback