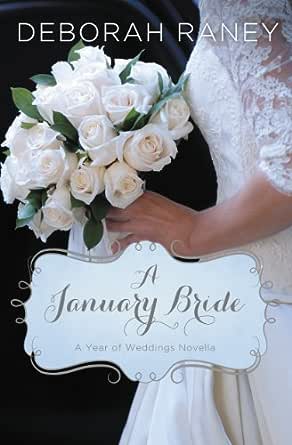 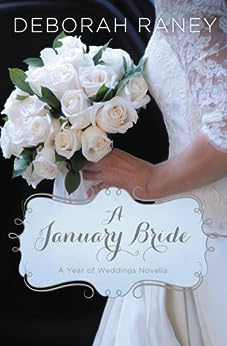 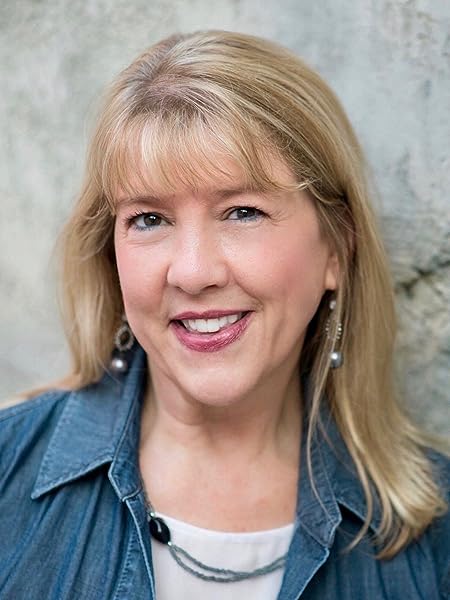 Deborah Raney s first novel, A Vow to Cherish, inspired the World Wide Pictures film of the same title and launched her writing career after twenty happy years as a stay-at-home mom. Deb now has more than two dozenpublishednovels. She and her husband, Ken Raney, recently traded small-town life the setting of many of Deb's novels for life in the (relatively) big city of Wichita, Kansas. They love traveling to visit four children and five small grandchildren who all live much too far away. Visit Deb on the web atwww.deborahraney.com. Twitter: @authordebraney --This text refers to an out of print or unavailable edition of this title.

4.3 out of 5 stars
4.3 out of 5
140 customer ratings
How does Amazon calculate star ratings?
Amazon calculates a product’s star ratings based on a machine learned model instead of a raw data average. The model takes into account factors including the age of a rating, whether the ratings are from verified purchasers, and factors that establish reviewer trustworthiness.
Top reviews

Writer's Corner
5.0 out of 5 stars Can Writer's Walk Down the Aisle?
Reviewed in the United States on June 7, 2014
Verified Purchase
The next novella in the Zondervan Bridal series is the January Bride by Deborah Raney. A little hint if you liked a novel The Accidental Bestseller which has appeared at Writer’s Corner then you will love this novel!
Synopsis:
Madeline Houser needs to get her next novel written. Her sister says come to their house oversee the renovations and get your writing done because you can write anywhere. After spending some time at the house Maddie is barely able to get work done and wants to have a serious talk with her sister. Then her neighbor Ginny comes to the rescue. The she suggests going to this inn to write. It is owned by a widower who has lost his wife. Maddie’s first visit inspires inspiration and she finds working there great! It also helps that the widower leaves her notes. She also leaves him notes. What will happen when they actually meet? Could there be another bride going down the aisle?
My Thoughts:
I am a writer and I love stories that discuss authors in the process of writing their novels. You would think that might not appeal to me, but it really does. I could not wait to visit this story each evening to find out what would happen next! The most major downer was that I sort of knew where the story was going with the bride going down the aisle. It was still fun to see how the plot of the story progressed.
Deborah Raney has written other novels that are worth devouring!

Kindle Customer
5.0 out of 5 stars Sweet romance
Reviewed in the United States on January 10, 2014
Verified Purchase
I'm not much of a novella person. I read A December Bride and it was a wonderfully light, sweet, fun book. I discovered that one of the good christian authors I've read (Rachel Hauck, I reviewed her books on my blog) wrote A March Bride (coming out in March, obviously) and I thought it would be fun to read these novellas. Why? Honestly because I haven't read many fictional christian authors I thought were above almost ok, so this is a cheap way of maybe discovering some new authors. I read a lot of romance novels and my favorite authors are all between books. I need more material! :)

The best thing about this book was that it made me laugh out loud. Deborah has a nice rhythm to her writing and although once again I was left wishing this were a full size book, that's not something to complain about, it is a novella, after all. The book is sweet, real, funny. The difficulties the characters face are things you can relate with, but without the excessive drama some christian authors feel they have to put in a book. This book is not preachy at all (horray!) and the story is sweet.

What more can I ask for really? A light read, good characters, fun story, happy ending.

I'll have to read a full size book by Deborah to see if I like her writing in larger doses, but this one was great.

Frosty
5.0 out of 5 stars Perfect read for a quiet evening
Reviewed in the United States on January 27, 2014
Verified Purchase
A January Bride by Deborah Raney

A January Bride is the second book in a A Year of Weddings novellas penned by twelve different inspirational authors.
These are perfect books for an evening read, wrapped in a blanket, and sipping hot chocolate.

Writer, Madeleine Houser, moved her life from New York City to Kansas to help out her sister. Unfortunately, her sister’s home is being remodeled which means no peace and quiet to write. Neighbor, Ginny has the perfect solution— Arthur Tyler’s Inn.

Deborah creates a sweet story with a delightful twist. If you enjoy well written happily ever after stories of love, you’ll like A January Bride.

I plan to read them all. A December Bride by Denise Hunter is also available.
Read more
Helpful
Comment Report abuse

Victoria G-R
5.0 out of 5 stars Second Book Not Like the First!
Reviewed in the United States on January 24, 2014
Verified Purchase
Following in the footsteps of A December Bride comes the next book in the Year of Weddings Novella series. This one was much better than the first one! If it is part of a series, the author wrote it so that a reader couldn't tell! I loved the very old fashioned feel of the character's courtship. Ginny was such a sweet mentor to both of the main characters, gently guiding them toward each other. The story didn't really seem rushed and also came across as very realistic. Even the Christian aspects in the story came across as very natural and not forced at all. It wasn't a preachy book, just a genuine relationship with the Divine. I was saddened when I finished the last page, it was that good a story!
Read more
Helpful
Comment Report abuse

Lorraine Ward
4.0 out of 5 stars Loved the characters but rushed the ending
Reviewed in the United States on September 19, 2016
Verified Purchase
The two main characters, Art and Maddie, are truly enjoyable and I would have preferred more story line to get them to the point of love and marriage. While the earlier growth of their relationship was done well they went from realizing they had strong feelings to a jump into the wedding day. One of the dangers of these short novellas. All in all worth the time.
Read more
Helpful
Comment Report abuse

Amazon Customer
4.0 out of 5 stars Lovely story.
Reviewed in the United States on December 21, 2015
Verified Purchase
This story held a little surprise. The heroine was not looking to find love nor did she even consider the possibility. I appreciate stories tellers honest enough not dragging their readers through pages of dithering before finally love found is admitted. Good read!
Read more
Helpful
Comment Report abuse

Momazon Customer
5.0 out of 5 stars Delightful, Unique!
Reviewed in the United States on January 8, 2014
Verified Purchase
I loved the uniqueness of this romance. The delayed reveal of the hero and heroine to one another added a special touch. The inn setting was charming. The story set up and misunderstanding between characters thoroughly believable. The cat added a nice touch.

Mindy
4.0 out of 5 stars It was sweet
Reviewed in the United States on April 18, 2014
Verified Purchase
I enjoyed the story, and I highly recommended. I guess the only reason I didn't give it a 5 star rating is because I felt that the plot was a little out of balance. Nonetheless, it really is a good read!
Read more
One person found this helpful
Helpful
Comment Report abuse
See all reviews from the United States