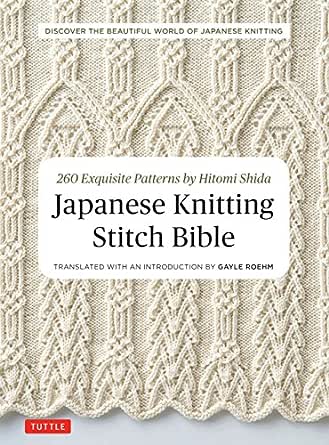 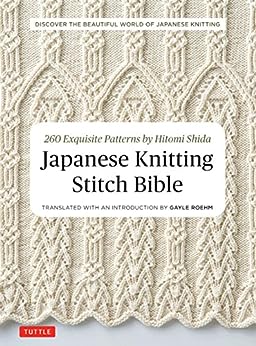 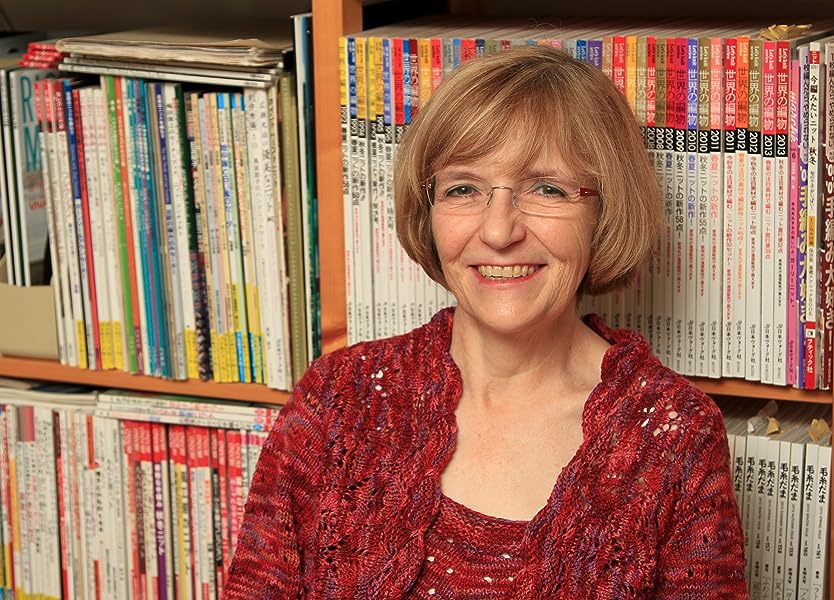 "Roehm translates the imaginative work of Shida, one of Japan's best-known hand-knitting designers, into English for the first time. Shida gained an international following with the Japanese publication of a book of couture knitting patterns a decade ago, and here presents hundreds of other patterns, adding scallops, yokes, and edgings to her offerings … For intrepid knitters looking for a challenge, the pages of stunning stitches will prove well worth the effort." —Publishers Weekly

"This is mindful, challenging knitting at its best, and this translation opens up a world of Japanese knitting charts to English speakers." —"Starred Review" Library Journal

"You will be stunned by the complexity and beauty of these unique motifs — and the intensity does not diminish as you page through the book. At the end is a section for Round Yokes, plus a section of dozens of astonishing edgings." —Wool Gathering magazine

"…experienced knitters will be tempted to give it a go after paging through the handsomely photographed knit swatches, each of which is accompanied by unlabeled charts. For those who want to jump right in, there are a few patterns for socks and a hat. A black-and-white photo section that shows how to knit the stitches concludes. A feast for the eyes, and perhaps the hands." —Booklist

"This is one of the most beautiful books about knitting we have ever seen, proving that knitting can be an exquisite art form as well as a way to produce humble clothing…" —The Knitter magazine

"Gayle Roehm's translation of noted designer Hitomi Shida's second stitch dictionary represents a sea change in the English-speaking world, because now we have a few words to help us through the standardized Japanese symbol system…think of it as opening a window into the way another culture designs and knits. And Shida's stitches? Like calligraphy: fluid, beautiful and complex." —Vogue Knitting

"In the Japanese Knitting Stitch Bible, Hitomi Shida's stunning and original designs have been lovingly translated into English by Gayle Roehm. Step-by-step diagrams will teach you the methods used in Japanese knitting and offer a handful of projects to try out the techniques involved. Clear and concise charted patterns in this 160-page book are paired with photographed examples, making ideal translations of Shida's creations, which for many knitters, have remained elusive…until now!" —PurlSoho.com

"If you've been knitting for a while, chances are you've stood in a bookshop and yelled, 'Why isnÆt this Japanese pattern book available in a format I can read?' Gnash your teeth no more; renowned designer Hitomi Shida has gifted us with this holy grail of stitchery, newly translated into English." —NORO Knitting Magazine --This text refers to the paperback edition.

Hitomi Shida is a well-known Japanese designer of hundreds of original knitting stitches and knitted garments. She has been teaching, designing and writing books for over 20 years, and her work already enjoys a worldwide following among Japanese knitting fans.

Gayle Roehm now devotes herself to fiber arts and happily spends her days with yarn and needles. She has lived in Japan, studied the language for many years, and has knit from Japanese patterns for most of her knitting career. Gayle teaches at knitting gatherings around the country and occasionally publishes her own designs. She's been one of Hitomi Shida's biggest fans for over 15 years. --This text refers to the paperback edition.