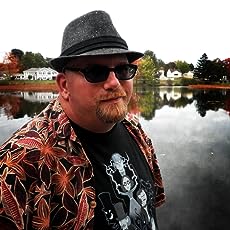 Jason H. Abbott is an author of fantasy, science fiction and more. Born a lobsterman's son in a small coastal town, he spent his youth exploring the woods and rocky beaches of Maine pursuing make-believe and adventures. These journeys eventually led him down many paths less traveled, and to a storyteller's life where the power of myths both ancient and modern are his inspirations.

An active indie and social media author, Jason shares daily original micro and flash fiction between working on longer projects. These include several ongoing microfiction series and miniseries', and numerous one-shot "very short stories" often no longer than a Twitter tweet. You can learn more about Jason, his available works, and follow him across many platforms by visiting his author's site at jasonhabbott.com.
Read more 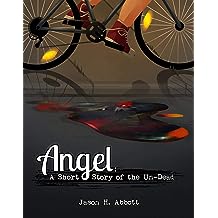 A supernatural thriller novelette for young adults and older: Angel will grip you with its unique blend of suspense, dark humor, and quirky teen protagonists from its first pages until the very last!

Freshman Angie Brewer went missing weeks ago, before the chill of October settled over Summersvale, Maine. Her disappearance a mystery, speculation is rampant and the town under an unofficial curfew.

But a Friday night is a terrible thing to waste, especially after homecoming is canceled.

Waiting on a curbside, the last girl to see Angie before she disappeared looks up from her texting. Beyond the illumination of streetlights, Emily’s gaze finds only dim trees and houses.

Angel is a unique, memorable and fast-paced supernatural story. With its twists to age-old vampire folklore— and the fears behind them— it’s a tale both traditional and contemporary. From fans of Dracula, to Stephen King’s 'Salem's Lot and Buffy the Vampire Slayer, Angel offers something new to all who love the genre. 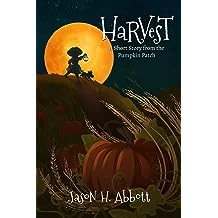 Equal parts eerie, humorous and heartwarming, Harvest is a short story of down-home fantasy and a fairytale for grown-ups best told in the dark…

She scooched a little closer. “I’m guessin’ that, just like me, that old hag gave you pumpkin seeds that tasted somethin’ terrible? But she said to swallow ‘em ‘cause they were magic an’ all?”

Edgar frowned. “They were cursed, weren’t they?”

He pointed to himself. “And that’s why I blacked out? And then she hex-ed me?”

Emelia shook her head. “An’ that’s when you died. An’ then she buried you in her garden with a ritual like she did with me a year prior. We done got our souls turned into fertilizer, you and I.”

If Edgar’s face could pale to match his shocked expression, it would have.

With whimsical humor and eccentric fantasy dappled in darkness, fans of Neil Gaiman and Terry Pratchett will enjoy this short tale of kindness found in odd places. If quirky characters with a country twang and a fairytale detoured to the pumpkin patch sound good to you, then Harvest will surely prove an entertaining read!