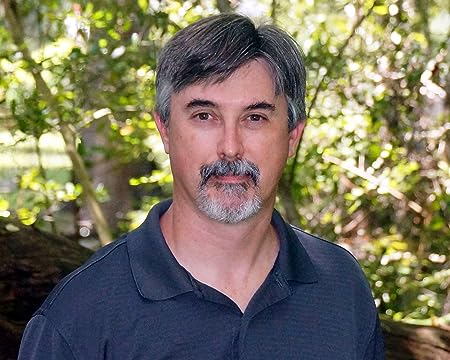 An engineer by day and world builder by night, Jason is an advocate for using both sides of the brain.

With his stepfather as a guide, Jason traveled the worlds of Edgar Rice Burroughs, Robert E Howard, and JRR Tolkien at an early age. As he grew older, he discovered Dungeons and Dragons and the joys of creating his own campaigns.

During all this, Jason embarked on a career in engineering, graduating from Clemson University, and now owns a successful engineering firm. Still a practicing engineer, he continues to design a wide range of projects. His attention to detail and vivid imagination helps shape the various adventures that challenge his characters. 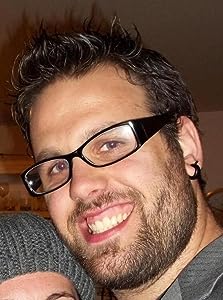 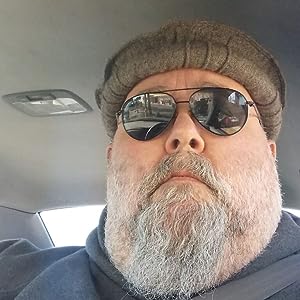 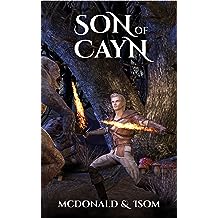 Son of Cayn (Cayn Trilogy Book 1) Aug 13, 2021
by Jason McDonald, Alan Isom, Stormy McDonald
( 24 )
$2.99
Infiltrating a band of suspected smugglers is no easy task. It's even more difficult when you're a half-orc among humans.

Life as a slave in J'Bel's gladiatorial arena taught Grendel the harsh rules of battle. Winning his freedom opened his eyes to the possibility of something more from life than a painful, blood-soaked death. In the land of Trakya, Marcus Marchenko, second-in-command of the Kral's Ochi i Ushi, approaches the half-orc with a job proposition: infiltrate a teamster's caravan to search for evidence of smuggling and to discover if their activity is tied to the renegade Baron Krakov.

Alexandra Madasgorski-Krakova has a score to settle. The Kral's men killed her husband and destroyed her home, forcing her to go into hiding and putting her on dangerous ground with her family. With her husband's allies, she is determined to finish the work that would have put her husband on Trakya's throne.

As the caravan makes its way east, sickness erupts in Trakya's capital city. No one can pinpoint the plague's source, only that it is spreading through the wealthiest parts of Pazard'zhik. Even as he, himself, falls ill, Marcus grows more certain that the caravan and its cargo is somehow to blame. He can only hope that Grendel and his covert team will find the answer in time.

This Second Edition of Son of Cayn is newly re-edited and reformatted for improved readability and story clarity.
Read more
Other Formats: Paperback 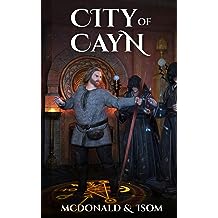 Grendel has done his job for Marcus Marchenkov, perhaps too well. He finds himself alone on the road east with Aleksandra Madasgorski-Krakova, surrounded by dangerous strangers who won't think twice about killing her or him. He must walk a dangerous path where a single wrong move could be his last.

With Marko Madasgorski in control of the caravan, Jasper Thredd can no longer hide behind his guise as a simple cook. Fearing he, too, has contracted the deadly illness, Jasper seeks help from Trakya's White Circle. However, enemies appear at every turn, and Jasper soon finds himself hunted through the streets of Pazard'zhik. Desperate, he seeks the aid of his few remaining friends in the city, putting into motion a plan of last resort — a plan that could get them all killed.

It’s a race against time as Grendel, Jasper, Xandor, and Chert chase the poison laden caravan all the way to the White River and Bregu Kraagor, a crafty orc chieftain who controls the city of Chernigov. Hope — as fleeting as it is — comes in the form of a small band of relic hunters from Michurinsk, but they, too, are trapped within the territory of the orc horde.

Can the team of investigators save them and find the cure?

This Second Edition of City of Cayn is newly re-edited and reformatted for improved readability and story clarity.
Read more
Other Formats: Paperback 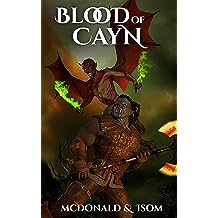 Blood of Cayn (Cayn Trilogy Book 3) Aug 19, 2021
by Jason McDonald, Alan Isom, Stormy McDonald
( 13 )
$2.99
War looms on the horizon, and time is running out to save the people of Parlatheas from both a deadly plague and the forces of chaos.

Chernigov – once a shining hub of prosperity joining two nations, now a dark, smoke-shrouded hive of dangerous humanoids ruled by the ruthless hand of Bregu Kraagor – harbors a deadly secret. Somewhere in its depths, the villainous knight, Marko Madasgorski, and the body snatching mage, Gregori, have hidden a cache of plague-ridden soap that could spell the doom of the kingdoms of Parlatheas.

After battling their way across half the continent, Grendel, Jasper, Xandor, and Chert have followed their quarry into the orc city in a desperate attempt to save the city of Pazard’zhik and everything they hold dear. Meanwhile, across the White River, Yana and Sehraine have joined forces with the Iron Tower in the hope of effecting a rescue for their friends.

With only the dubious guidance of the disgraced Baroness Alexandra “Sacha” Madasgorski, the adventurers must plunge into the depths to find the plague’s cure and stop Marko and Gregori before it’s too late. But the dark god, Sutekh, doesn’t give up his pawns easily. While Sacha sets her own plans into motion, the sentient Veritas autem Sutekh whispers dark promises to Jasper, teasing him with hints of the answers they need and the promise of power – if he will swear his soul to Sutekh.

Will they find the cure? Can they escape the bowels of Chernigov to save their world? Find out in this thrilling conclusion to the Cayn Trilogy!

This Second Edition of Blood of Cayn is newly re-edited and reformatted for improved readability and story clarity, with a newly expanded ending.
Read more
Other Formats: Paperback 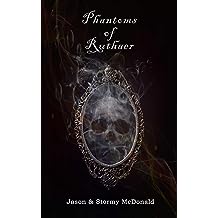 With their immortal souls threatened, a small town's only hope lies in trusting desperados with a reputation almost as dark as the evil stalking the night.

In the countries east of the White River, some call Damage, Inc. heroes. Others call the bounty hunters criminals. The truth lies somewhere in between. Hector de los Santos, the team's leader, has only two rules about bounties: finish every job, no matter what it takes, and no charity cases.

Aislinn Yves, the team's half-elven tracker, thought she'd never see the tiny village of Ruthaer again. That is, until a plea for help from her father's old friend, Tallinn, arrives. The job sounds simple: track down a few missing people, perhaps a killer. The trick is convincing Hector to put their current job on hold.

Unfortunately, things are worse than Tallinn implied. Unnatural weather, restless dead, and gruesome murders are just the beginning, for the town harbors a terrible secret more dangerous than Aislinn or Hector could imagine. A secret that could spell the end of Damage, Inc. and drag Ruthaer straight to Hell.

Phantoms of Ruthaer is an adult paranormal thriller set in the near-Earth fantasy world of the Cayn Trilogy. Rated M (mature) for language, violence, and adult themes.