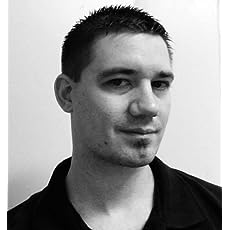 Welcome to my Amazon Author Central Page! Let me be the first to introduce you to an entirely new concept that is known as the Jason Blayne Literary Universe, or JBLU for short. I started this venture of independent publishing back in 2015 with my debut series, Shadow Wolves, a three part series under the YA/NA banner. Once I finished with Shadow Wolves I bounced over to my third release, a New Adult romance titled Escaping RiverCreek. A story about forgiveness and second chances at life that swept through the indie world in 2017 that nearly took home several awards from various Indie Author promotion groups. Since then I've released an anti-romance novel, 45 Days, and the Twisted Saga trilogy (Origins, Aftermath, and ReGenesis) which is where I decided to launch a concept idea to interconnect all these stories and all those still to come under the JBLU umbrella.

A little background about myself. I was born and raised just outside Huntington, WV and I currently work for a medical device company when I am not busy writing my next story. My journey into entertainment began back in 1998 when a short story contest saw me, along with another classmate, have word that our short story was published in a nationally distributed school magazine. (My apologies I have since forgotten the name of this magazine) I started working on short stories not long after which is where I would transition from stories into my first love of music. The wealth and knowledge I gained in the underground music community would serve me well into my writing career after an extended hiatus to focus on my life and the direction I would need to find my path in life. In college my English 101 professor had us write a short story as our final for the class. She was impressed with the initial detail and development of my characters and their story that she encouraged me to continue it after I had left the class. That professor from Mountwest Community & Technical College is the person who introduced me to the world of indie publishing. When it comes to my novels, the only thing I tell everyone who dives into the world of my characters is always expect the unexpected and do not hold to traditional values as I have always been one to break the rules or rewrite them in favor of to introduce mayhem and anarchy into anything I am involved with in this crazy world.
Read more 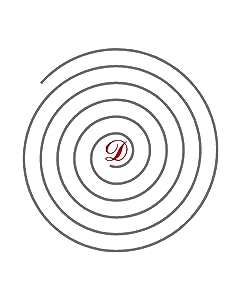 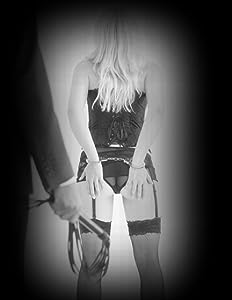 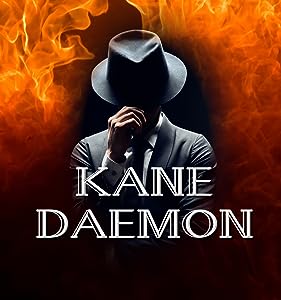 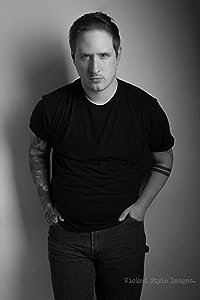 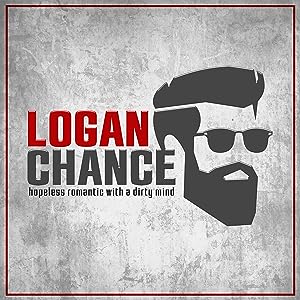 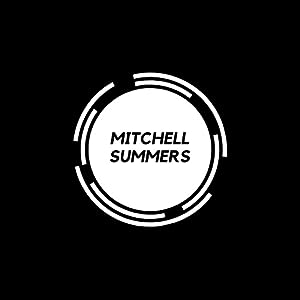 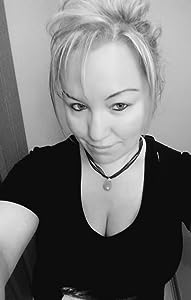 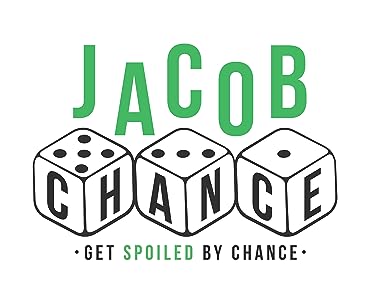 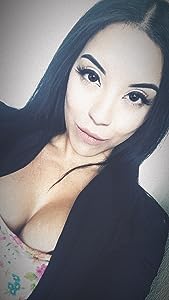 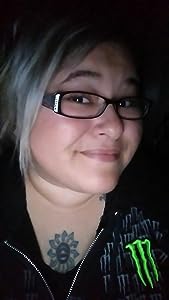 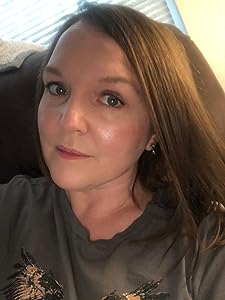 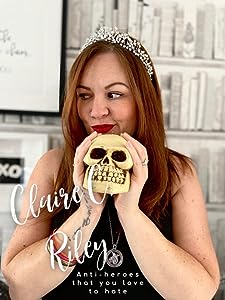 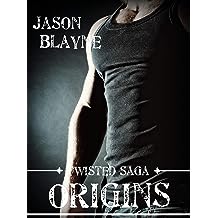 Twisted Saga Origins Mar 2, 2019
by Jason Blayne
( 8 )
$1.00
Everyday is a struggle, every hour a battle within to decide his fate. Torn between these decision is a young man with the will of iron and steel. In the foothills of the South, things are not always slow and laid back. Sometimes you have to look through the mist of the night at an entirely different world of chaos. It feels natural for his rambunctious bunch, that means getting to that next level of crazy with force. Josh Bradshaw, Justin Adamson, & James Cline are the notorious troublesome trio who enjoy nothing more than creating havoc & drama but never get pinned for their misdeeds. Life alters their brotherhood when a series of events force their hand to examine how everything has not turned out as planned. Two of the three dwell down deeper into a secondary life of organized crime until a rat goes to the authorities & cleans house. How much more can things free fall in the process? Everything from illegal street racing to brawling in the street to protect the love of a lifetime, brings out a side in Josh that not even he sees within himself trying to discover his place in life as an unwanted & unloved individual who's rage controls his action without "her" there to sooth the beast within the struggling to escape.
Read more
Other Formats: Paperback 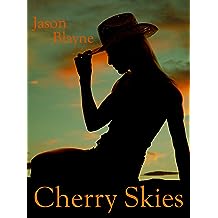 Cherry Skies Sep 15, 2019
by Jason Blayne
( 3 )
$1.00
Life isn't always easy, especially for Elizabeth Reed. Growing up believing that you have fun in the sun is what landed her as an M.D. with her own private practice in California. Supporting her husband through a troubled marriage, waiting for his startup company to flourish, and mix that with unruly teenagers. Times like this are when she missed her family more than ever! Except upon agreeing to marry the man she thought would be of her dreams, Elizabeths’ Daddy cast her out and pushed her away.
Life was stressful sure but, this was her normal. This life she could handle, until an unfamiliar number, appears on her phone with an all too familiar voice attached at the other end of the line. That’s when trouble digs even deeper and her world is rocked upside down. The passing of Elizabeths’ Momma brings her back to her old roots. Piece by piece she begins to regain control of her life and her sense of independence in the one place she thought she left in the rearview mirror.
Read more
Other Formats: Audible Audiobook , Paperback 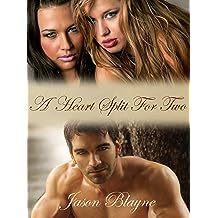 A Heart Split for Two Jul 26, 2020
by Jason Blayne
( 1 )
$1.99
Have you ever met someone and they became your entire world? Found it difficult to breathe around them? Always on your mind? Your heart flutters at the very thought or a specific memory? This story is for all those who had that person and lost them.
Unexpectedly, someone else comes along that turns the painful memories into shadows as a new, but different light begins to flicker. Can your heart give its all to what’s foreign and unknown? What if your first love returns? As you're split into two new entities that rage war within your heart? Never fear; though as through the thickest of clouds that ache with anger, hurt, and doubt from the raging storm there will be sunshine once again. Will it be before the dam bursts and your soul mends those scattered pieces of your heart?
Read more
Other Formats: Paperback 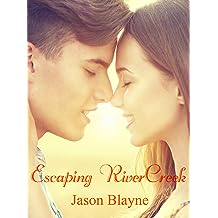 Escaping RiverCreek Aug 12, 2017
by Jason Blayne , Kim Christensen-Byrd
( 6 )
$1.00
Memo from the RiverCreek Sheriff: Welcome to the simple community that is RiverCreek. A quant suburban town where traditions are welcomed and life is mainly simple. There are some things that got out of hand for a while. Our hockey team won its first state title in nearly two decades but sadly the rivalries from within the team carried beyond the rink which cost the lives of two innocent young people and the future of another. Sometimes acting reckless carries a heavy burden. Even though it's not my story to tell, come see the archive files inside and find our why RiverCreek is the best place to stay.
Read more
Other Formats: Paperback 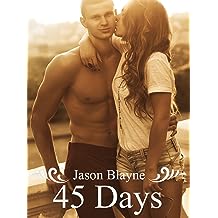 Love is worth fighting for, that's what they say until that one unfaithful day. After a horrible discovery on Valentine's Day, the combination of jealous romance and vices, lead Ally and Aiden into their own worst depths as they do everything under the sun to drive the other crazy after a devastating breakup just 45 days into a blossoming relationship. Lust & vengeful games make a deadly combination that drags their friends into the fold as it consumes their lives. From the very beginning things begin on rocky turf but will it end peacefully or will their own fuel filled self inflictions stain their souls.
Read more
Other Formats: Paperback 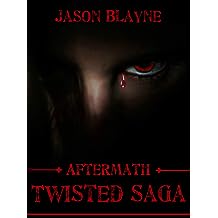 Twisted Saga Aftermath Mar 16, 2019
by Jason Blayne
( 10 )
$1.00
Consumer warning: This story contains scenes with graphic material unsuitable for some readers and anyone under the age of 18. Please beware there are scenes with violence and sexual content some readers may not be comfortable reading.

Chaos, destruction, and the threats of "Southern Sugar" control the streets. Nearly eighteen years have passed since everything fell apart in Josh's life but now things are much worse then he ever imagined. The country is being controlled by a suspected toxic environment buried deep within the government at every level. Not only does he have to contend with a mole that is handing over information but he still has to deal with the crumbling pieces of his life when it comes to his heart and soul. His children are in shambles feeling excluded from their father's life; a country on the verge of war in the streets & once the dust settles from the tornado of events the truth could cost DEA Special Agent Joshua Bradshaw more than he bargained for when he discovers the answer of who is the "Angel King".
Read more
Other Formats: Paperback 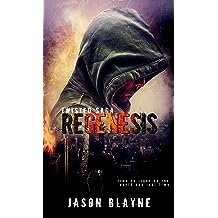 Twisted Saga ReGenesis Mar 30, 2019
by Jason Blayne
( 9 )
$1.00
This story contains scenes with graphic material unsuitable for some readers and anyone under the age of 18. Please beware there are scenes with violence and sexual content some readers may not be comfortable reading.

What is a ReGenesis? Is it a "do-over"? Correcting a mistake? Completely starting over? A divine intervention? Maybe it's a little of it all, but whatever it is might not be available for burdens and mistakes of long ago when it comes to Josh, James, & Justin. Errors & events left unsettled, have come home to roust. One final battle to determine the outcome but this time the price might be too much to handle. Can the trio overcome the odds once & for all? Are they doomed to settle debts with their lives? How will their epic journey end & how will a ReGenesis occur in the end to create a brand new beginning?
Read more
Other Formats: Paperback 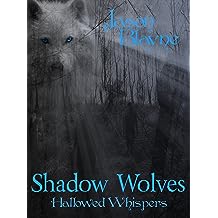 Shadow Wolves Hallowed Whispers Jun 24, 2017
by Jason Blayne
( 2 )
$1.20
Life has come full circle. When one sun settles, another one rises. Unanswered questions arise and more is quickly discovered than was ever realized. As a new generation is eager to take the helm and stand guard at the gates, the Troublesome Trio feel the effects of life's journey. Although, before they can hang up their boots, their preexisting past lurks back into the picture, fracturing their foundation to the core. Can they patch things up before they say goodbye and ride off into the sunset? Only the open road holds the answers, as they dwell on their demons sharing them with the future guardians.
Read more
Other Formats: Paperback 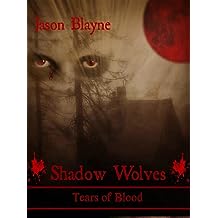 Shadow Wolves Tears of Blood (Shadow Wolves Series Book 2) Jul 22, 2016
by Jason Blayne
( 1 )
$1.15
The sins of sixteen years weigh heavily on DEA Special Agent Joshua Bradshaw’s mind. Everything has been ripped away from him. A single father trying to hold himself together on his own with his kids always worried at home as he struggles against the unknown powers at large distributing a deadly new universal drug dubbed Southern Sugar. Agent Bradshaw nearly loses it all night during a stakeout after an explosion. Fearing it’s getting too close to home Agent Bradshaw seeks to take it to the extreme by going as an undercover rouge and bringing in people outside the DEA he knows he can trust; that’s if he can repair the damage left in the past when something divided the family apart and now he must travel over half way across the country to not only bring his team together but undo the past that’s been kept a secret for so long. This just isn’t about nailing another criminal. It’s a journey of redemption for opportunities lost and making a family whole once again as the torch will pass one day to the next generation.
Read more