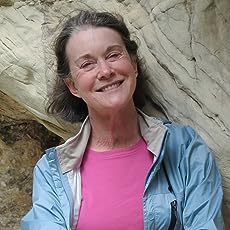 JEANETTE INGOLD is the author of Christopher and Spur Award-winning historical fiction and contemporary novels for young adults and middle school readers. She was one of thirteen children's writers honored at Laura Bush Celebrates America's Authors activities, and her novel HITCH was a National Endowment for the Humanities/American Library Association We the People Bookshelf choice.

Jeanette began her writing career in a newsroom, putting together obituaries and boiling down press releases. As reporter, columnist, and the Missoulian's Western Montana editor, she gained experience she would later put into PAPER DAUGHTER, about a journalism intern whose investigations lead to her own Asian-American heritage. It earned an Oppenheimer Gold Seal, and VOYA magazine called it "a must read for those who love mysteries and family history."

With themes of resilience and perseverance, integrity, responsibility, and personal growth, Jeanette's books feature realistic teen characters who face challenges and hard times head on. Their courage inspires young readers to look into themselves for their own capabilities and strengths.

HITCH tells the story of seventeen-year-old Moss Trawnley, who turns to work in the Civilian Conservation Corps, the CCC, as a way out of the poverty and homelessness of the 1930s Great Depression. A Society of School Librarians International Best Book, HITCH was honored with a Christopher Award, an award established to salute works that "affirm the highest values of the human spirit."

THE BIG BURN is an action-packed Montana Book Award honor book and Western Writers of America Spur Award for Teen Fiction winner that VOYA called "a must-read for adrenalin junkies." Portraying a devastating 1910 wildfire from the viewpoints of multiple fictional characters and through innovative, short non-fiction outtakes, it's been featured in One Book-One Community programs, and schools have used it across the curriculum, from English to science classes.

Jeanette's interest in twentieth century United States history plays a part in all of her books, which are known for the careful research, wealth of fact, and authentic voices that go into them. The New York Times Book Review called the aviation details she wove into AIRFIELD "engrossing," and the New York Public Library named AIRFIELD a Book for the Teen Age.

The experiences of people who know blindness firsthand guided Jeanette's writing of THE WINDOW, an ALA Best Book for Young Adults and International Reading Association Young Adults' Choice.

Adolescents as talented as the teenage violinist at the center of MOUNTAIN SOLO provided their take on the power of music, and Jeanette's own memories of the pleasures of playing violin in a high school orchestra also went into it.

Jeanette and her husband live in a mountain valley in Montana, at the edge of woods that stretch into wilderness. When Jeanette's not writing, she's often out in the
forest, exploring and taking pictures and thinking about what adventure she'd like to write next.
Read more 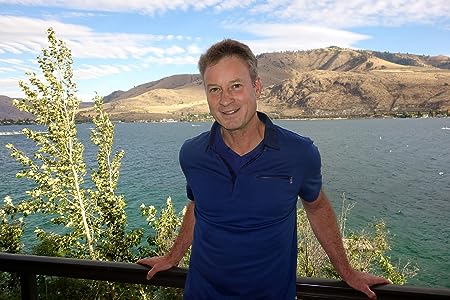 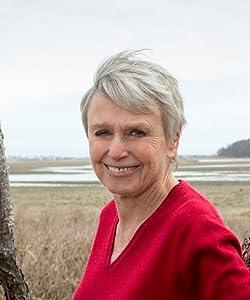 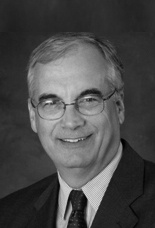 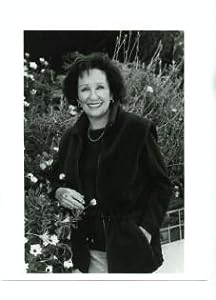 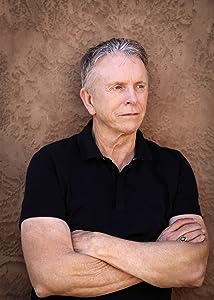 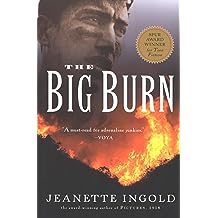 The Big Burn Jun 1, 2002
by Jeanette Ingold
( 17 )
$7.19
On a hot summer day in 1910 a teenage soldier assembled his rifle. A girl argued to save trees on a mountain homestead. A young man set out to fight fire. None knew that soon the many blazes burning across northern Idaho would blow up and send a wall of flame racing their way.
Portraying a natural disaster that would dictate how the United States would fight wildfire in the 20th century, The Big Burn brings to life a turning point in fire science, forestry, and history.
Richly drawn characters doing their best against gigantic odds will grip your heart. The realistic depiction of wildfire will make you feel you were there.
With non-fiction Field Notes and an Afterword about firefighting today, it's a novel that moves from the 1900s into the 21st century.  Whether you're an adult or young adult reader, you'll come away with a new understanding of nature and of the role forest fire plays in shaping the environment.  And you'll want to thank the firefighters who face wildfire every year.
From the Christopher Award-winning author of Hitch and Paper Daughter
"Historically accurate and dramatically engaging...a great choice for anyone who is interested in learning about the phenomena of forest fires while also reading a great story" -Teen Reads
"Presents a vivid picture of a natural disaster while skillfully conveying in fluid prose the individual stories of the three young people" -Horn Book

"Fascinating and harrowing...for any kid whose tastes run to disaster and survival, mixed into a coming of age story" -Richie's Picks
"Readers will arrive at the final pages with an effortlessly acquired cache of information on how fire travels and the strategies employed to save land and life" -The Bulletin of the Center for Children's Books 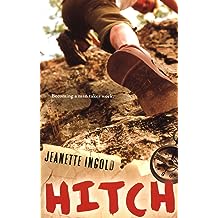 Hitch Jun 1, 2005
by Jeanette Ingold
( 14 )
$6.99
Historical fiction at its best!  From the author of The Big Burn comes this captivating story of a boy striving to become a man during the hard times of the 1930s Great Depression.
Teenager Moss Trawnley is on his own and desperate when he joins Franklin Roosevelt's Civilian Conservation Corps. But the Montana work camp he's sent to means more than survival. The CCC is a way to help his family. And it means self-reliance for Moss. Friends. Leadership. A crash course in living with nature. Knowing the satisfaction of a job well done.
Double whammy. Good book. Good boy book. . .It's a coming-of-age novel worthy of your time. --Treasure Chest for Tweens
This is a must read book!! If you like realistic fiction then you should definitely read this novel. --East Meadow Public Library YA Book Log, review by a middle school student
An excellent piece of historical fiction which helps people today to appreciate events that took place in the past. Written with humor, pathos, and a keen understanding of the times. -Through the Looking Glass Book Reviews
Great for boys. --YA Books Central
Felt like a well-done film where one can't help but root for the hero. Although intended for young adults, anyone will find Hitch a great read. --Historical Novel Society
Read more
Other Formats: Audible Audiobook , Hardcover , Paperback 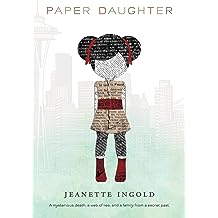 Maggie's search for her Asian-American family will appeal to readers who wonder how their own lives have been shaped by their ancestors' choices. The Chinatown of Fai-yi's Seattle will make 20th century history buffs want to know more about an almost-forgotten time in the United States' past.  Challenges at the modern newspaper where Maggie works will speak to those who care about journalism and ponder how it's changing.

From the Christopher Award-winning author of Hitch, Mountain Solo, and The Big Burn

"I love Paper Daughter, as I do all of Jeanette's books. They're smart, savvy, and full of heart" -Kathi Appelt, author of Newbery Honor Book The Underneath

"I thoroughly enjoyed this novel! Ingold did a wonderful job of tying history to a contemporary issue" -Mississippi Trial, 1955 author Chris Crowe

"A rich, inspiring story about using research and tenacity to uncover the truth" -Horn Book Review

"I devoured Paper Daughter...a short read and perfect if you want to lounge around with a contemporary book on a slow afternoon" -Books and Wine

"The tried and true theme of a parent's mysterious background will keep readers invested, and fans of Laurence Yep may want to ponder how Chinese Exclusion of years past could come back to haunt the present" -Bulletin of the Center for Children's Books

"A lesson on 'paper sons' and 'paper daughters'...Ingold doesn't sugarcoat the lengths people would go through to come to the States and the fear they had about being caught" -Asian Weekly

Manages to be both about Chinese-Americans and identity without being *about* race -The YA
Read more
Other Formats: Hardcover , Paperback 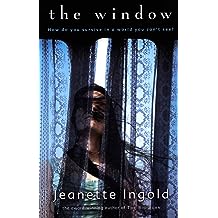 The Window Nov 6, 1996
by Jeanette Ingold
( 12 )
$4.99
A girl, blinded by the auto accident that killed her mother, comes to terms with her disability—and her new life. “This is a sensitive and well-told story, inhabited by appealing and believable characters, and given a twist by the unexpected element of the supernatural.” —Kirkus Reviews
Read more
Other Formats: Library Binding , Paperback , Mass Market Paperback 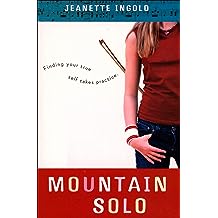 Mountain Solo Jun 1, 2005
by Jeanette Ingold
( 5 )
$10.99
After a disastrous concert, a teenage musical prodigy who’s sick of the stress heads to Montana to figure out her next step . . .

From the moment Tess picked up the violin as a child, it was clear she wasn’t like other kids. She was a prodigy, and at sixteen her life is that of a virtuoso-to-be: constant training, special schools, and a big debut before an audience of thousands.

But when she blows her moment in the spotlight, she throws it all away, moves from New York City to join her father and his new family in Montana, and tries to lead a normal life—whatever that is.

But she’s hardly arrived when she is drawn into a mystery: a hunt for the wilderness homestead of a lost pioneer who played violin himself. Maybe, through his story, Tess will figure out how to handle the expectations of others, and what she really wants for herself . . .

“The characters are likeable, and their love of music shines through . . . For anyone fascinated by the power of music and its effects on individuals’ lives.” —School Library Journal
Read more
Other Formats: Hardcover , Paperback 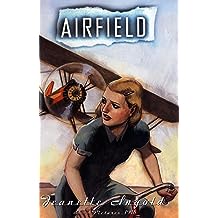 Airfield Aug 30, 1999
by Jeanette Ingold
( 3 )
$4.99
In the early days of aviation, Beatty and Moss hang out around the airport Beatty’s uncle manages. Beatty’s hoping to see her father when he flies in--and quickly out again--on a mail flight. And Moss is hoping his mechanical skills will help him to support himself. Neither anticipates their crucial roles in the airfield’s survival--or in saving Beatty’s father’s life.