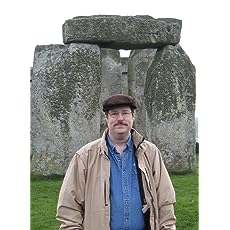 Jeff is a fun-loving guy with a degree in Psychology and Computer Science. He has more than 30 years experience working with computers and managing IT departments. Currently he has his own company developing apps and games for iOS. He enjoys being creative with his writing, 3D printing, and woodworking. He has also been an instructor of 3D animation. One high point was being introduced by Stan Lee as part of a team at ComicCon for work on 3D animation for Iron Man and Fantastic 4 back in the 1990s.
Read more 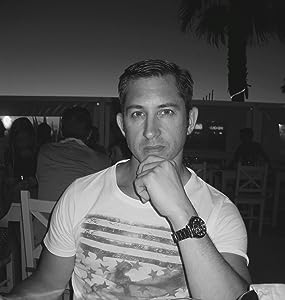 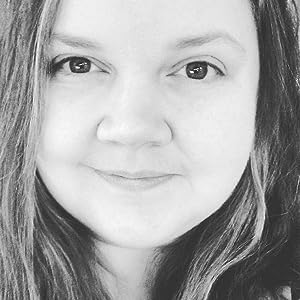 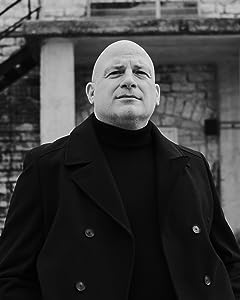 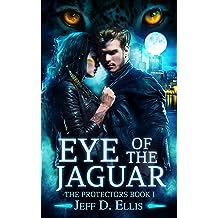 Eye of the Jaguar: A Paranormal Thriller (The Protectors Book 1) Jan 25, 2017
by Jeff D. Ellis
( 4 )
$0.99
David and Abby are coworkers at a video game company. Their lives are turned upside down as David is chosen to protect the world against monsters, and she discovers her magic. Their partnership blooms into a powerful romance which neither are prepared for. Together they must face an evil that claimed the lives of David’s parents over an artifact of great power, the Eye of the Jaguar. Read for free on Kindle Unlimited!

In a far away land to the north lies the Eye of the Jaguar, a powerful relic that allows the worthy to travel along the path of the Dark Sun to the Land of the Dead. It will be found by a shapeshifter touched by the gods of both earth and spirit. His mate will be a Shaman. Together they are the Protectors of their people.
- Mayan Prophecy 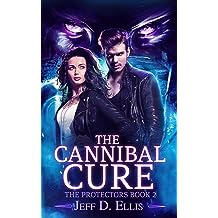 A black badge group must hunt a monster feeding on humans in this chilling suspense novel from the author of Eye of the Jaguar.

A bloodthirsty monster is terrorizing the homeless. Bodies are found in the Seattle Underground, clawed and partially eaten. The victims had only one thing in common:  living the Underground.

David and Abby, US Marshals deputies, are tasked with finding out who or what is responsible. Abby discovered that reports of missing homeless people had been coming in for some time, but Seattle PD had been brushing them off. But when a Seattle city council member became the latest victim, SPD had no choice. Before the public found out and there was a mass panic, they had to call help. The U.S. Marshals secret black badge division was assigned to hunt the monster down quietly before anyone else was killed. But it might be too late.

Clues lead David and Abby to a biotech company conducting secret experiments. Will David’s ability as a Shapeshifter and Abby’s magic be enough to stop the murders? 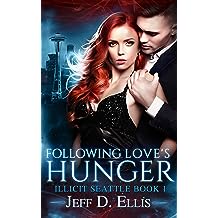 Following Love’s Hunger (Illicit Seattle Book 1) Dec 17, 2017
by Jeff D. Ellis
( 3 )
$2.99
Hidden in the Seattle underground, a clan of Vampires sells sex, power and information.
Kat just wants to be free to live her own life and find love. But the Vampire clan has other plans for her. When Kat loses her job, she starts a desperate search for a way to keep from being forced into sex work at the Clan brothel. She meets a mysterious coworker named Henry who uses the power of illusion to work as a spy for the Clan. As their love blossoms, they must find ways to defy the clan, explore who they truly are, and dare to trust their love against the Second Circle.
Read more
Other Formats: Paperback 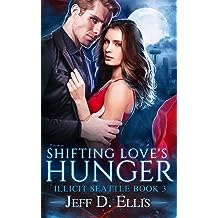 But when she learned of her other heritage, would it cause her to be tossed out of the Pack and lose everything?

Mark expected, as the second son of the Alpha, that his duty to the Pack would probably include an arranged marriage. But when he was thrust into one without warning, he discovered a sinister betrayal underfoot. His beautiful new mate was his dream, but she could also be the undoing of everything his Pack had worked for.

The Vampires were offering the Pack a lucrative contract as part of the new alliance. But mistakes kept happening. Were they innocent mistakes, or was someone deliberately sabotaging things? Could Mark and Chloe find out what was happening and somehow preserve the alliance and stay part of both communities? Or would they forced to abandon their ethics for the greater good of the Pack?
Read more
Other Formats: Paperback 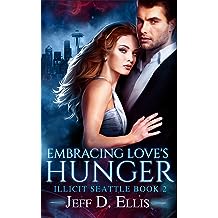 
She was a Sylph, a creature of Air, hiding in plain sight with her normal human career. But when the Sylph Council saw an opportunity to form an alliance with a Vampire Clan, Rhi found herself on their radar.

She didn't realize it would thrust her into a relationship with the man who broke her sister's heart.

John was the Vampire Clan’s lawyer. It was his duty to oversee the Clan's new alliance with the Sylph. But his heart hungered for love. He burned for the family he once had. The Clan ordered him to get close to Rhi. But did she hate him?

Corruption and betrayal plagued the fragile alliance between the Sylph and the Vampires. Was trust between them possible? Could John and Rhi stay alive long enough to sort out their feelings for one another, while preventing a war between races? Or will their hunger destroy them?

Explore the exciting Paranormal in two series by Jeff D. Ellis
Illicit Seattle: Deep in the heart of downtown Seattle, a Vampire clan controls the sex trade and has spies working in many sectors of the business and political scenes. In this series of spicy paranormal romances, come explore the lives and loves of many supernatural creatures and the exciting adventures that show the illicit side of Seattle.
• Escaping the Second Circle (Book 1)
• Embracing Love's Hunger (Book 2)
• Book 3 (Coming fall 2018)
The Protectors:  a present day thrill-ride that takes no prisoners. Shape-shifters, shamans, vampires, werewolves, and a whole slew of other supernatural ‘Freaks’ abound in stories of urban fantasy, adventure, and romance.
• Eye of the Jaguar (Book 1)
• Book 2 (Coming winter 2018)
• Book 3 (coming winter 2018) 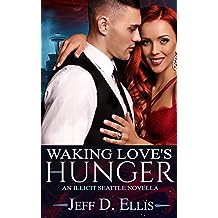 Hidden in the Seattle underground, a clan of Vampires sells sex, power and information, controlling politics and influencing an illicit world of human-looking creatures with incredible powers and intense hungers...

Spying on Thorne was easy
Henry was just doing another job for another well-to-do client. Being a spy came easily to someone with his special abilities. Planting bugs, gathering intel, watching and waiting in the shadows had made him a very rich man. Spying at Thorne Technologies was cake. Until he met Kat. Suddenly, all his special skills were his enemy. Guilt and worry consumed him. He couldn’t let her find out his secrets.

She loved her job, and she was good at it
Kat was winning awards at Thorne. She had gotten herself through college and had a promising career. Being a Vampire made it easy to convince clients to buy and give. With a touch of her hand and a small sip of their energy, humans were putty in her hands. Feeding her hunger was controllable. But she would never be free of the Clan. Or the Clan’s laws.

Illicit Seattle looks like a normal, modern-day city, but hidden in plain sight, supernatural beings roam and feed. Anyone – your neighbor, co-worker, or even the homeless person you walk by – could be one of them. That stranger who brushed past you on the street might be a Vampire feeding off your energy in that brief moment of contact. And then, it's an addiction....