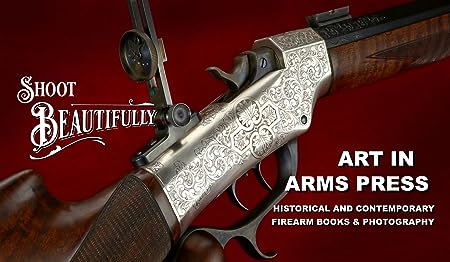 Jeff John is the former editor of GUNS Magazine, an Associate Editor for Petersen’s Guns &amp; Ammo and Technical Editor for Handguns and RifleShooter magazines. He has had a lifelong interest in history, firearms, target shooting, gun making and photography. He founded Art In Arms Press to bridge the gap between magazines and hardcover books. Readers now have a less expensive avenue to explore subjects in more depth than a magazine article allows without the expense and commitment of a hardcover book.

Firearms are a tangible way to experience the past. The study of a particular firearm, how it was designed and used and can take you down many strange paths beyond putting bullets into targets. Arms also proved an introduction to different ways of thinking, of how compromises in materials are handled, and how nascent technology evolves. By going into this kind of depth, I hope to pass on to the reader a richer way to see these guns than as a behind-the-glass museum display that probably needs dusting. 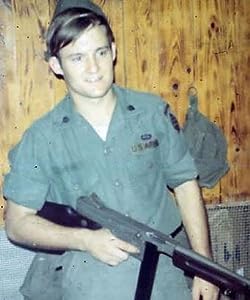 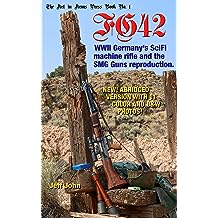 FG42: WWII Germany’s SciFi machine rifle and the SMG Guns reproduction. (Art In Arms Press No. 1 Abridged) Mar 10, 2019
by Jeff John
$3.99
This Kindle version is an abridged version of the earlier Kindle FG42, and lacks the disassembly, handloading and scope mounting chapters of the original (available in the paperback version). This e-edition retains 10 of the original Kindle version’s photos and one more unique to the print version. FG42 chronicles WWII Germany’s innovative, technological breakthrough that took the primary infantry rifle from a slow-firing pre-1900 bolt-action rifle to an ultra-fast machine rifle capable of spitting out 900 rounds per minute. Too few and too late to help in WWII, the battlefield superiority the FG42 offered was lost on NATO’s post-war arms designers who ignored its many valuable lessons. Part I details the wartime creation and post-war inspiration, and Part II is an in-depth hands-on shooting review of the SMG Guns semi-auto replica rifle in its original 7.92x57mm.
Read more 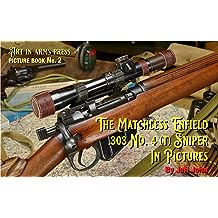 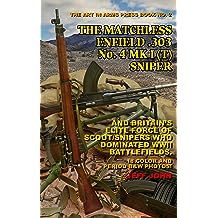 THE MATCHLESS ENFIELD .303 No. 4 MK I (T) SNIPER: AND BRITAIN’S ELITE FORCE OF SCOUT/SNIPERS WHO DOMINATED WWII BATTLEFIELDS. (Art In Arms Press Book Book 2) Sep 19, 2019
by Jeff John
( 2 )
$4.99
Starting from scratch, Britain created World War II’s most effective sniper rifle from the war’s best bolt-action battle rifle. Elite marksmen used the No. 4 Mk I (T) with skill and cunning and quickly dominated the battlefield. The Matchless Enfield tells the story of the rifle and how it was developed. The original performance is evaluated by shooting an original. The story includes an evaluation of the specialized gear that went along with the sniper teams. Illustrated with 18 color and B&W period photos. The Kindle version is an abridged version of the fully illustrated paperback also available from Amazon.
Read more