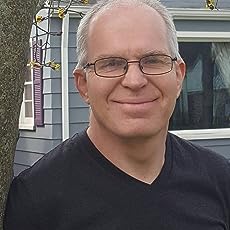 Jeffery Martin Botzenhart was born in Warren, Ohio on November 9, 1967 as the third son to James and Mary Botzenhart. He grew up in a rural trailer park in Southington, Ohio. After graduating from Chalker High School in 1986, Jeffery attended Kent State University. In 1994 he graduated with a Bachelor of Sciences degree in International Relations.

In July of 1992 Jeffery married Julie Davidson. The have been blessed with three sons, Dylan, Owen, and Ethan.

Jeffery's special interests include drawing and painting. Two of his paintings are on permanent display at the Girard, Ohio public library. Other interests include a passion for reading, his favorite authors being J.K. Rowling, Stephen King, and Arthur C. Clarke, and 1980's rock music from Journey, Fleetwood Mac, the Motels, ect. 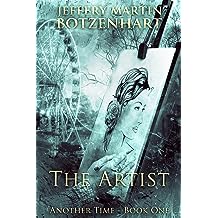 The Artist (Another Time Book 1) Oct 8, 2020
by Jeffery Martin Botzenhart
$1.99
His drawings captured her heart and soul

Is it true love if one needs to find an escape? Helen’s forthcoming marriage to Howard has caused her to seek some time alone to reflect on her life. Traveling from her home in New York City to Hydeport, Long Island, this holiday destination of her youth is the perfect place to hide. The Great War is over. Adoring crowds have sought their return to the amusement park and boardwalk so cherished from her childhood. Yet solitude to sort through her troubled thoughts proves elusive.

Should she marry Howard despite not being in love with him? Are the wishes of her parents and demand of proper society too great to ignore?

Meeting Edward, a handsome young artist on the boardwalk, Helen is convinced his portraits of her have captured her true essence. His shy endearing presence stirs feelings of love inside her. In truth, what he also has captured . . . is her heart. 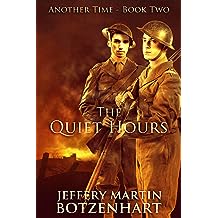 There is no hiding in war, leaving hearts exposed to unfathomable dangers. Two English soldiers suffer such vulnerability as they attempt to survive this cataclysm. Having carried out a secret love affair before the Great War began, when reunited on the Western Front in 1916 France, both promise to protect each other so their hidden love affair may continue at war’s end. Yet as they set out to escape the carnage of battle, they find more reasons to survive.

After saving an autistic boy from the brutality of enemy snipers, he leads the soldiers to others like him who are also in need of their protection. Casting their fate with these young autistic boys, the soldiers devise a plan for all to escape together. The war proves relentless, though, in hindering their efforts. Only when the gunfire and bombs fall silent during the quiet hours, might they discover their means for escape. 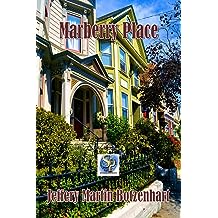 Amidst the summer months of the 2020 global pandemic, the past weighs heavily on them. Each resident must make peace with what they have lived through, though easier said than done. Some wounds will never heal, forcing some to make hard choices. And though the events of the outside world hold grim reminders of how fragile life is, the unconditional love and kindness of their devoted caretaker provides a constant anchor to weather such a long brutal storm. 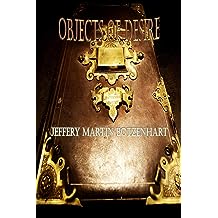 Objects of Desire Sep 1, 2020
by Jeffery Martin Botzenhart
$6.99
At times, fate has a mysterious way of keeping those under true love’s spell apart. Yet lovers meant to be together will always find their way back to each other. In this romantic tale, three couples must confront this dilemma, as time, distance, and the unknown hinder their efforts.

One couple suffers the separation of time, existing both in the present and the future. A second couple finds separation through a misunderstanding, leaving both their hearts broken. The most challenging though is for a third couple who believe they have never met in person. Their love affair began with an unnoticed bond that must at first keep them apart.

Only by the use of objects of desire, enchanted relics of mysterious origin, do all three couples have any chance of being together. Love and faith in each other act as their guides as the passing hours turn desperate.
Read more
Other Formats: Paperback 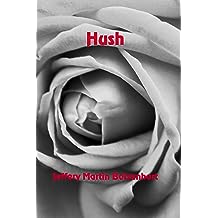 Not love at first sight, but love at first whisper. Private Gregory Sheppard’s secret mission to German-occupied France has ended in tragedy. Severely injured and lacking the means to defend himself against the enemy, the help of a French woman offers him hopes of escape and a lifetime of love.
Read more 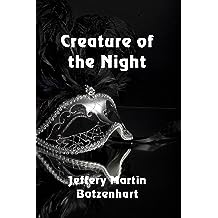 Creature of the Night Sep 27, 2017
by Jeffery Martin Botzenhart
( 5 )
$5.99
Some souls were not meant to lead lives in the sun. They remain hidden within dark realms in fear of being seen and misunderstood. That is Ian’s fate after suffering at the hands of a demon blinded by rage and sorrow. Yet there exists a threat in the light, spreading lies driven by fear in warning others to be weary of the unknown prowling the depths of the forest. The unyielding belief in the justification of cruelty in seeking to end that which has been branded as profane proves all consuming. When entering the forest after twilight to pronounce final judgement for those in hiding, the threshold of good versus evil is blurred by the righteous. And thus a question may be asked. Who is the true creature of the night?
Read more
Other Formats: Paperback 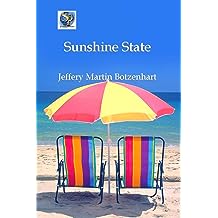 Sunshine State Mar 1, 2020
by Jeffery Martin Botzenhart
( 1 )
$5.99
Traveling to sunny Florida for a week-long vacation, Michael is thrilled to see his grandpa. The retirement community of Gulf Shore proves the perfect place be. Its picturesque vintage boardwalk, fishing pier, and uncrowded beach are just what he needs. Surrounded by retirees having a strong zest for life, he realizes that the Sunshine State isn’t just a place. It’s a state of mind.Left broken hearted by his former girlfriend, Michael is surprised to meet Everley, the granddaughter of another resident. At first, bold in her attraction to him, when she pulls back, distancing herself from him, he wonders what he did wrong.As the week goes on, Michael finds out Everley’s reason for rejecting him, as well as uncovering a secret his grandpa has kept hidden for decades. In learning the truth of his grandpa’s love for another man, Michael is exposed to unexpected prejudice from some and unconditional acceptance from others. The old saying holds true. Love conquers all, especially when embracing the sunshine state.
Read more
Other Formats: Paperback 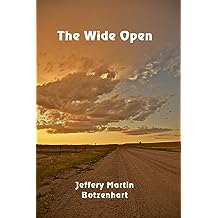 While passing through the small town of Fulton, North Dakota, a perfect place in America’s wide open, Scarlett meets the young man of her dreams. Mason is the sweet boy next door, the one most girls desire. But his dark past, hidden from him his whole life, unexpectedly surfaces, changing how people see him and how he sees himself. Somehow her love for Mason will remind him that he’s a good man, one of the best.
Read more
Other Formats: Paperback 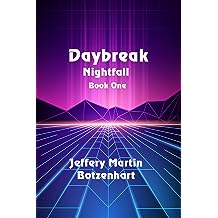 Daybreak (Nightfall Book 1) Jul 6, 2017
by Jeffery Martin Botzenhart
( 2 )
$5.99
Amidst a world of cyber surveillance and advancing technology of 2035 San Francisco, Sebastian, a teen runaway, innocently access a sophisticated virtual reality program. The breach of this data proves the catalyst in unraveling corporate and government sanctioned deception of the most unimaginable type. And along with his computer hacker friend, Scotty, both are thrust into a dangerous conspiracy, linking them to a source exposing the truth.
Read more
Other Formats: Paperback 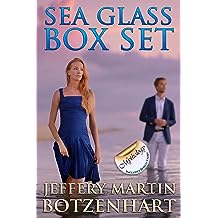 Sea Glass: Box Set Jan 31, 2020
by Jeffery Martin Botzenhart
$2.99
Sea Glass is a collection of inspirational stories by Jefferey Martin Botzenhart. Each tale depicts an uplifting story when faced with adversity. Sometimes, love is found in the most unexpected situations . . .

This Box Set, not only contains all five books in the Sea Glass series but also contains a bonus story, Mythology, written exclusively by the author for the Box Set.

PUBLISHER NOTE: Stories included are, Blue Tides, Beneath the Depths, Most Impossible, The End of the Season, and The Tide Pool. Plus bonus story, Mythology. 69,500 words in total.
Read more
Other Formats: Paperback 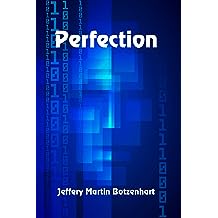 Terrorism, greed, and conspiracy interconnect with romance, assassins, and artificial intelligence, all in pursuit of perfection. Kamran, a wheelchair-bound British national of Iranian descent, arrives in Chicago to begin a promising career in cyber security. Within his first day of being in the city, he’s wrongfully accused of committing acts of terrorism. Surrounded by individuals who are not whom they appear to be, he’s assisted in escape during a dangerous snowstorm. From that moment on, pursued across the world by an assassin, he finds help from a master Russian computer hacker and an advanced artificial intelligence program, one that may have been programmed to commit the perfect murder.
Read more
Other Formats: Paperback 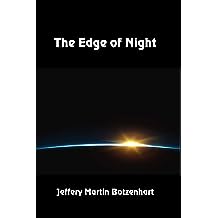 The Edge of Night Dec 30, 2018
by Jeffery Martin Botzenhart
$5.99
The apocalypse ended years ago. From the carnage of war, rival societies influenced by misunderstanding have sought refuge in the sky above Earth’s devastated surface. Having grown up in constant sunlight, never seeing traces of night, Sage, a daylighter, wonders why his dad is scared of the dark. Years later after a violent solar storm cripples his skyjammer, he briefly encounters exiles from Earth’s dark side. When captured by nightdwellers, people who live only in the darkness, he’s held prisoner in an unimaginable place. Sage learns why his father was afraid, as escape may be futile from those who lurk on the edge of night.
Read more
Other Formats: Paperback