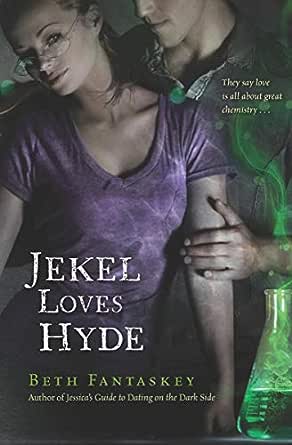 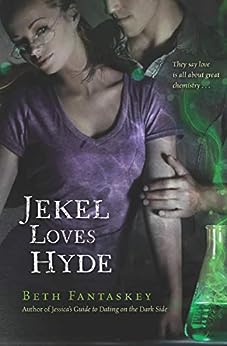 "This novel is filled with compelling plot devices; one particularly nice touch is the way that Jekel and Hyde alternate telling their stories, embodying a double perspective. Fans of the genre won't be able to resist this slick genre update."--Booklist

BETH FANTASKEY lives in rural Pennslyvania with her husband and two daughters. She is the author of Jessica's Guide to Dating on the Dark Side.

Product Description
Jill Jekel has always obeyed her parents' rules--especially the one about never opening the mysterious, old box in her father's office. But when her dad is murdered, and her college savings disappear, she's tempted to peek inside, as the contents might be the key to a lucrative chemistry scholarship.To improve her odds, Jill enlists the help of gorgeous, brooding Tristen Hyde, who has his own dark secrets locked away. As the team of Jekel and Hyde, they recreate experiments based on the classic novel, hoping not only to win a prize, but to save Tristen's sanity. Maybe his life. But Jill's accidental taste of a formula unleashes her darkest nature and compels her to risk everything--even Tristen's love--just for the thrill of being...bad. 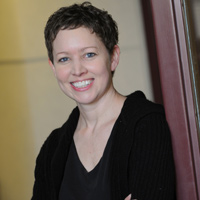 Dear Amazon Reader, All my life, I've been pretty much of a rule follower. I swear, it's part of my genetic code. As a kid, I hated being late for school. I get worried if I notice that my car inspection is overdue. And I always recycle, not just because it's good for the environment, but because I'm supposed to, where I live. (My one small rebellion: I have never returned a library book on time. Usually, I get a letter threatening legal action if I don't bring something back ASAP.) Meanwhile, I notice that most of my best friends have lawless streaks. I gravitate toward people who refuse to feed parking meters, who sneak out of work in the middle of the day, and who toss their "number 2" plastics in the regular trash without a second thought. I'm pretty sure I envy their careless approaches to authority. That's why it was so fun for me to write about Jill Jekel, a "good girl" who drinks a chemical formula that unleashes her wild side. I took a little (twisted?) delight in living vicariously through her as she starts breaking some serious rules. Doing stuff that's way worse than going to school late. I hope you have fun reading about Jill's out-of-control alter ego, too. And, as always, I want to say thanks to all of the readers who contact me. I love to hear from you, so keep in touch!

Fantaskey's latest novel deliberately evokes the doppelganger theme and questionable experiments of Stevenson's The Strange Case of Dr. Jekyll and Mr. Hyde. It also owes a great deal to Stephenie Meyer's Twilight series: lonely, insecure girl meets blindingly handsome, tortured boy in—just as in Twilight—chemistry class. And, as they become more and more involved, handsome teen boy must fight the curse he has inherited. The complications ensue from their science teacher's belief that their names on a chemistry project could win the judges' attention and perhaps a college scholarship for both. Fatefully, Jill Jekel still has the box her chemist father locked away, a box containing dangerous secrets. The team of Jekel and Hyde starts to re-create the experiments hinted at in Stevenson's novel, with predictably scary results. This novel is filled with compelling plot devices; one particularly nice touch is the way that Jekel and Hyde alternate telling their stories, embodying a double perspective. Fans of the genre won't be able to resist this slick genre update. Grades 8-12. --Connie Fletcher --This text refers to an out of print or unavailable edition of this title.

Grade 9 Up—This melodramatic romance updates Robert Louis Stevenson's classic story. At the funeral for her murdered father, obedient, studious Jill Jekel is shocked to find herself comforted by a kiss from bad-boy Tristen Hyde. Then, at the encouragement of Jill's chemistry teacher, the two team up to work together on a project that could win Jill a hearty scholarship. Tristen, sure that he is descended from the original Mr. Hyde—a real person on whom Stevenson apparently based his classic novel—is desperate to cure the evil he feels growing inside himself. Believing that Jill's father had been investigating the original Jekel's sinister formula, Tristen manipulates Jill into breaking into her father's study and helping him create a new formula to fight his violent urges. Chapters from both teens' perspectives are narrated in moody, overwrought prose, perhaps as a nod to the gothic novel. Though the author satisfyingly builds and resolves the story's romantic tension, readers are left with key questions unanswered. Why is Jill tempted to drink a formula she knows will unleash evil? Why does the same formula that makes Tristen murderous merely make Jill sexually forward? And is finding love with the boy who drugged Jill's mother and repeatedly controls Jill's actions really a happy ending? Teens who enjoy brooding love stories will not be disappointed; those looking for an independent heroine will need to search elsewhere.—Megan Honig, New York Public Library
Copyright © Reed Business Information, a division of Reed Elsevier Inc. All rights reserved. --This text refers to an out of print or unavailable edition of this title.
Read more