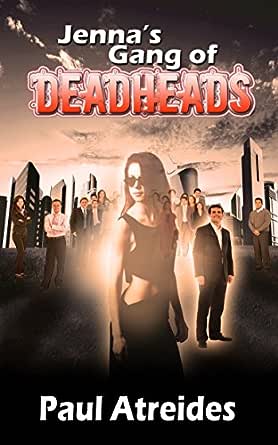 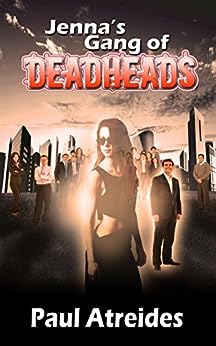 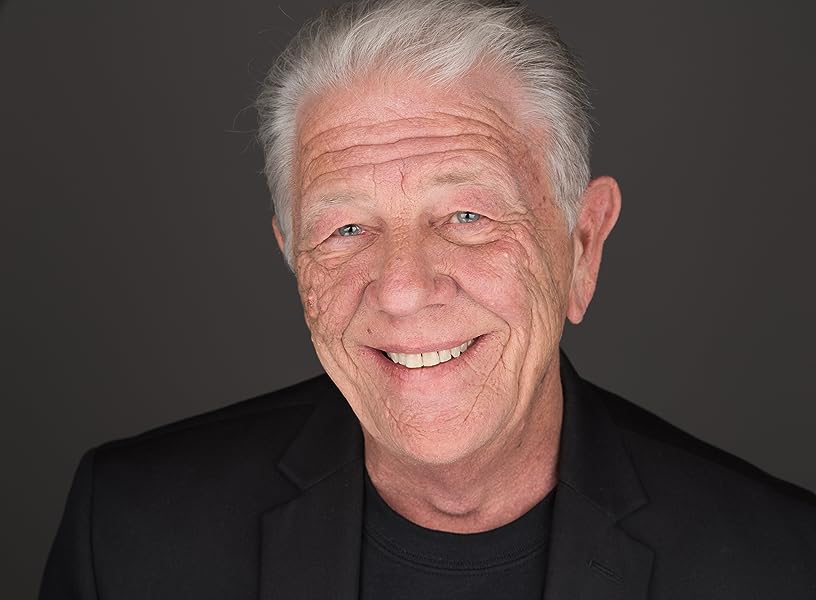 Paul Atreides is a theatre critic and columnist for the Las Vegas Review-Journal, a daily newspaper. His debut novel, "(Marvin's) World of Deadheads" advanced to the semi-finals of the Amazon Breakout Novel Awards. Publishers Weekly called it "a humorous romp through the afterlife." Writer's Digest Self-Published Awards called it "a great entry into comedic literature." He is also the author of several plays and a number of his short stories appear in various anthologies. --This text refers to an alternate kindle_edition edition.

Toni K Pacini
5.0 out of 5 stars Atreide's did it again. Book #2 is right up there with #1 - YAY - I Love Deadheads
Reviewed in the United States on July 20, 2019
Verified Purchase
YAY for Paul Atreides and his “Dead On” Series – AGAIN
I finished reading Jenna’s Gang of Deadheads forty minutes ago and I already miss it. Hey, to be honest, I loved, do love, Atreides first book in this seriously insane and wonderful series, Marvin’s World of Deadheads (a so gotta read) and forgive me, but I was sure book #2 – Jenna – could never be as good.
Well, I stand corrected. I had a blast romping through life and death with Jenna and finding out just how badass she is. She’s strong, confident, and fiercely independent. FYI…I LOVE THAT IN A WOMAN, Dead or alive.
Paul Atreides knocked two out of the proverbial ballpark for me. Dare I venture on to his 3rd word world on the other side? Nathan? Can you possibly hold your own with Marvin and now the mighty Jenna?
We’ll see.

John Winston
4.0 out of 5 stars He's At It Again!
Reviewed in the United States on April 20, 2015
Verified Purchase
Paul Atreides assembles his quirky cast of contrasting characters again for another tale of the recently and not so recently deceased. Only this time Atreides gets a little, maybe more than a little darker and in depth into the lives, or should I say deaths, of the Deadheads. Atreides cleverly and perfectly places some real life/death characters in Jenna’s Gang of Deadheads (book 2 in the series) including Gianni Versace, which I absolutely did not see coming and another beloved—and I mean around the world—character toward the end that I will not reveal.

One thing I love about Jenna’s Gang of Deadheads is that it works on its own as a stand alone novel. If you haven’t read Book 1, it won’t matter. Atreides masterfully weaves backstory and at the same time drives the narrative forward in a cohesive self-contained story. I would suggest you pick up book 1 first, but if you happen to get this one first, again, it absolutely won’t matter.

Again, as expected with Atreides, the prose is tight as usual with a particular strength in his beautiful and concise descriptions. Check it out! “Something special emanated from her that indeed fascinated him, an aura that surrounded the auburn hair, a certain sparkle in the green eyes, the line of her chin as it swept to an elongated neck that cried out for his touch.” One more! “The sun lowered in its famous Caribbean flash of green and, with no artificial light for leagues upon leagues, stars cast pinpoint reflections off the peaks of the waves on the water and the moon cast a glow laying a beckoning path to the sand.” There were many more placed where needed, never bogging the story down, but adorning it in just the right places.

Something unique about Atreides novel is that it most assuredly deals with, in a fun and captivating way, something every living thing on the planet has in common: death is a comin’, and like the 1991 film Defending Your Life with Meryl Streep and Albert brooks, the Deadhead series poses some interesting questions about the afterlife. Do yourself a favor and check out both books in the series. In the author section of Jenna’s Gang of Deadheads, I read that Paul Atreides is working on a third novel in the World of Deadheads series. I’ll keep all of my digits crossed for that one.
Read more
One person found this helpful
Helpful
Comment Report abuse

D. Dorchak
4.0 out of 5 stars Entertaining and Thought Provoking
Reviewed in the United States on May 30, 2015
Verified Purchase
Have you ever wondered what "life" is like on the other side? I suppose unless you've been there, there's no sure fire way of telling, but author Paul Atreides does a pretty good job of taking his best guess.

Although this is book two in the World of Deadheads series, it could easily stand alone. Paul expertly weaves in enough backstory that a reader can grasp the basics and move on with the current story, and at the same time, leaves you with enough "holes" to want to read the first book to find out how everyone fell into this situation to begin with (yes, Paul, "fell" was an intentional pun).

The characters are engaging and well developed. I laughed at their antics and had a few "aww" moments, particularly at Jenna's burial with a few comments from Marvin's mother and with Henry VIII wife, Eleanor.

The world and the rules the Deadheads live by are well thought out. They have their own moral code and when the lines are crossed, it becomes a serious dilemma—how much interference is too much? Does one sit back and allow for atrocities to happen and play out according to Divine Will, or do you follow your own moral compass, throw caution to the wind and do what's right?

Jenna treads that fine line and in the end...well, you'll just have to read the book and find out what happens in the end.

I'd recommend this to anyone who enjoys the paranormal ghost genre, it's an entertaining and though provoking read, perfect for the summer.
Read more
2 people found this helpful
Helpful
Comment Report abuse
See all reviews