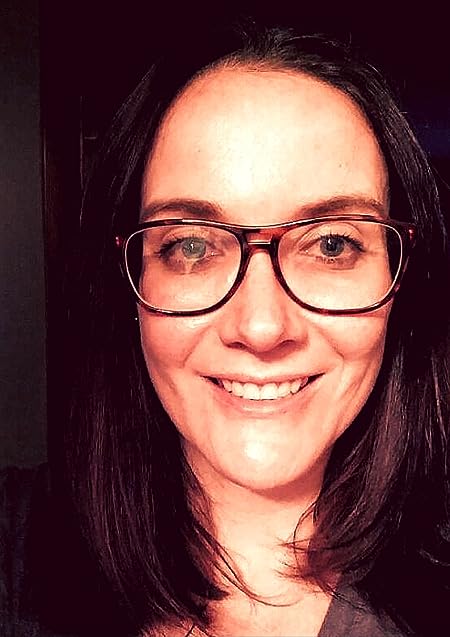 Jennifer L. Kelly (1982- ) was born and raised in Cleveland, Ohio. She spent a mysterious decade as an educational professional before finding her tribe as a production specialist working in technical content. She has a Bachelor's of Arts in English with a writing minor and is a regular participant in National Novel Writing Month (NaNoWriMo). Jennifer is the owner of The Bookish Flame which specializes in literary themed and fandom-based soy candles. When she has an elusive free moment, she enjoys daily yoga, #Bookstagram, and Doctor Who. 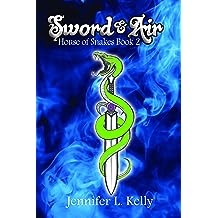 Sword and Air (House of Snakes Book 3) Dec 15, 2019
by Jennifer Kelly
( 1 )
$9.99
Victoriana Haden and Callum Bishop set out on a quest to gather more information regarding the Oracle of Delphi’s prophecy.Cal’s past is mysterious. After his father’s true identity was revealed by Vic, and confirmed at the Apple Harvest Festival, he’s searching for answers. Is he a Halver—half-mortal and half-immortal—as Vic suspects? Or is he something else altogether? His past ends up more complicated than he ever could have suspected.Vic will do anything to help Cal find the answers he seeks, including a trip to the cryptic Fates Sisters. But something is amiss. And the line between the Above World and Below World seems to be seeping energy. Naturally, treachery always seems to follow the Princess of the Under World, and she soon finds herself kidnapped along with her hellhound childhood friend and ex-boyfriend, Asher.Will Cal be able to save Vic in time? Will Pythia’s prophecy about the House of Snakes come to fruition? When you’re the daughter of Hades nothing ever comes easy.
Read more
Other Formats: Hardcover , Paperback 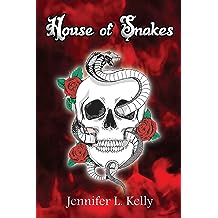 House of Snakes Sep 18, 2018
by Jennifer L. Kelly
( 4 )
$4.50
Persephone is dying and Vic will do everything in her power to save her mother from the poison that seeps through her immortal veins. Even if it means losing the person she hopes to become.

Desperate to save his wife, Hades sends his daughter to the Above World to reap the souls of the living. What he does not count on is that she will meet a boy who could possibly be the unraveling of the Olympians.

Callum Bishop is new to Olympia—just trying to make it through senior year—when he meets the enigmatic Victoriana Haden. Soon he finds himself learning of the world embedded within his own and the secrets that it holds which could rock the mortal world to its core. 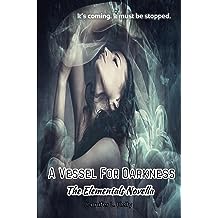 A Vessel for Darkness: The Elementals Novella Nov 21, 2017
by Jennifer L. Kelly
( 1 )
$1.99
This is the story of Ka's best friend, Ahna Sollomon, after she and her twin, Li, return from the Land of Earth. Li is plagued by nightmares and Ahna will go any length to protect her twin. But when a mysterious guy named Cain approaches her and offers his help, Ahna is pulled into a world she never realized existed just below the surface of her daily life. A world full of love, hope, murder, and darkness.
Read more 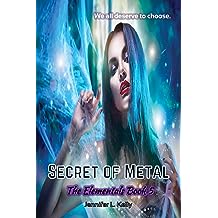 The colonists of Xon 9 are dying. The Imminent Darkness has unleashed its ultimate weapon: a bio-contagion that is a ticking time bomb of death. Ka Waylon must save them. But first, she must break out of a maximum security prison. Then, if she survives that, she must travel to the Land of Metal and retrieve the final Elemental stone. Metal has many secrets. The Metal queen and the tribes of her land: the Fulgurs and the Tonitrui—should not be trusted. Ka is running out of time. A decision must be made that cannot be undone. Should she risk the fate of many or the fate of one?

Ka’s journey comes to an end in this thrilling conclusion to The Elementals. 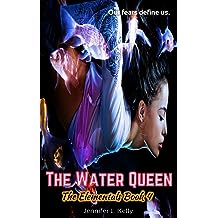 It’s time for Ka Waylon to finally face her deepest fear in the Land of Water. With Sloan by her side, Ka searches for the Water stone. But when they arrive in the Land of Water, Ka quickly learns that not all her family is keen on her success. The Water queen is frighteningly beautiful and dangerously narcissistic. And intent on keeping Sloan trapped in her watery world.

In order to rescue him and find the stone, Ka will find an unlikely ally that just may save her—and Sloan’s—life. Time is of the essence as Sloan falls under the Water queen’s spell, and the Imminent Darkness prepares to unleash its biggest evil yet on the colonists of Xon 9. 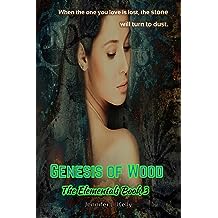 Ka Waylon is determined to retrieve the third stone which will restore her fractured personality: the Wood stone. Accompanied by her boyfriend, Sloan Braden, they travel back to the Elemental Abyss.

Only the Imminent Darkness is seeping into the other lands, bringing chaos and destruction in its wake. Ka and Sloan travel to the Land of Wood where they must venture to the Fairy Grove and meet the Fairy King in order to find the stone that they seek. 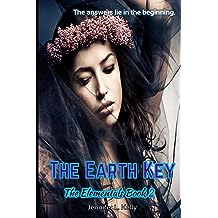 After retrieving and destroying the first Elemental stone, Ka Waylon is ready to head back to the Elemental Abyss and take back what’s rightfully hers: the Earth stone.

Racked with guilt over the scars her friend Li now has to bear, and with Fire coursing through her veins, she’s more determined than ever to restore her fractured personality. But her ambitions change when she discovers her mother fatally wounded. 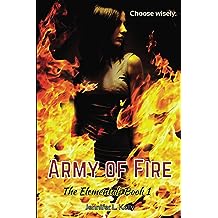 After the sun dies, civilization establishes itself on Xon 9, a planet with rogue Elements that affect human physiology. The inhabitants of Xon 9 soon learn to harness the powers of the Elements. At eighteen each citizen must Pronounce their Elemental, a lifelong affiliation.
Ka Waylon cannot decide which Elemental to Pronounce. All her life she’s been ordinary and, unlike her friends Ahna and Li, she’s never felt called to any particular Element. Worse, the only advice she receives is to choose wisely.

That all changes when she meets a mysterious Metal woman. Soon Ka is on a perilous journey to other worlds in order to retrieve the Elemental Stones and claim her true identity. Along the way she makes some unlikely allies and learns that she’s anything but ordinary.
Read more
Other Formats: Hardcover , Paperback 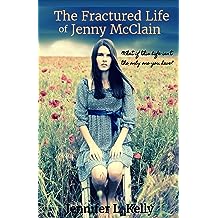 Jenny McClain is about to turn thirty and, if she’s being honest, her life is pretty lame. Her love life is non-existent and her work as an artist is stalling; she hasn’t sold a painting in over a year. That’s when her best friend, Hadley, decides to intervene. She has an idea that will get Jenny unstuck: Regression Therapy. Somewhat reluctantly, Jenny agrees. After all, she doesn’t even believe in past lives.

But suddenly, Jenny finds herself thrown into three very different existences: Adala—a young, nineteen-year-old WWII nurse, Menodora—a sixteen-year-old daughter of Atlantis, and Erin—a twenty-year-old Irish immigrant. The lives of these four women are intricately intertwined and soon Jenny finds herself looking to the past in order to heal her future.
Read more
Other Formats: Paperback 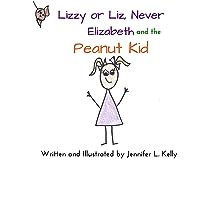 Lizzy or Liz, Never Elizabeth and the Peanut Kid Feb 8, 2016
by Jennifer L. Kelly
( 1 )
$5.99
Lizzy's mom arranges a play date with one of Lizzy's classmates, Jimmy. The only problem is Lizzy overheard someone calling Jimmy the Peanut Kid. What could that mean? Of course, Lizzy's imagination runs wild with the possibilities. If you, or someone you know, has food allergies, this book is a great reminder that we are all unique--and that's what makes it fun! Lizzy is compassionate and humorous in her latest adventure.
Read more
Other Formats: Audible Audiobook , Paperback 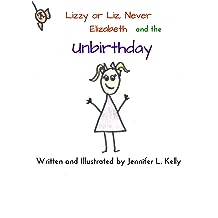 Lizzy or Liz, Never Elizabeth and the Unbirthday Oct 1, 2015
by Jennifer L. Kelly
( 1 )
$3.84
Now that she's turning six, Lizzy wants a birthday party with her friends. The only problem is that her birthday is two days before Christmas, and everyone is too busy! Then her mommy comes up with a brilliant idea: a half-birthday. Or as Lizzy says, "An unbirthday!"
Read more
Other Formats: Audible Audiobook , Paperback 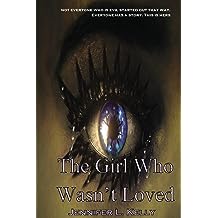 The Girl Who Wasn't Loved: A Lucia Chronicles Novella (The Lucia Chronicles) Jun 28, 2015
by Jennifer Kelly
( 1 )
$1.99
Eve Malcouer came into this world with a vengeance. She didn’t ask for a philandering father and workaholic mother, but that’s what she ended up with. Growing up, Eve tries her hardest to create the perfect existence for herself, hiding the truth of her less than perfect life from friends, classmates, and neighbors.

It isn’t long before her carefully orchestrated world begins to crack. In this novella, to be read after The Lucia Chronicles Trilogy, Eve Malcouer’s story is told through the eyes of Eve as a young girl and eventually as the woman who would become the Supreme Sovereign of The Nation.

Eve’s story is one of love—both wanting it and needing it—and the great lengths to which one will go to experience it.
Read more
Other Formats: Paperback