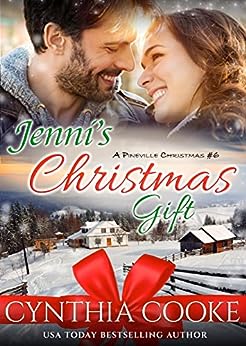 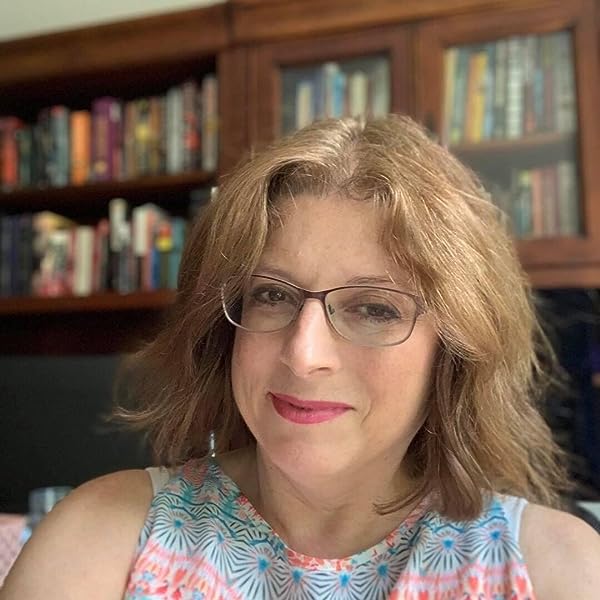 by Cynthia Cooke (Author) Format: Kindle Edition
Book 6 of 6: A Pineville Christmas
See all formats and editions
Sorry, there was a problem loading this page. Try again.

★Jenni’s Christmas Gift is the sixth book in the popular Christmas Series A Pineville Christmas!★

Falling for a down-on-his-luck cowboy was never part of Jenni’s plan. Pretending to be engaged to raise funds for her rescue foundation was. She’d do anything for her rescue animals, but how was she to know her cowboy had a big secret, and that their two worlds were about to collide?

Jenni’s Rescue Foundation is at risk of being shut down!

How did that happen? Jenni has thrown her heart and soul into her foundation, but everything is going wrong. Now she’s forced to do the unthinkable to get donations—fake an engagement to a handsome soldier fresh out of the military. She can make this sacrifice. For the animals. The fact that Bryce is drop-dead gorgeous will help soften the blow, won’t it?

Bryce can’t hide in Lincoln’s barn any longer. If he wants his trust fund, worth millions, he'll have to work for the family business in Boston—the last place on earth he wants to be. What he would love to do is spend more time with Jenni, help her with her foundation, and live in the enchanting Christmas town of Pineville. But if he does, he’ll be broke.

Will Jenni still want him? Will she still trust him when she finds out he hasn’t been honest about who he is? Can she forgive him for the secrets he’s kept?

In Pineville, Christmas dreams do come true, but the path to trust and forgiveness can be a bumpy, heartfelt ride.

First published in 2003, Cynthia Cooke is a USA Today Bestselling author who has published 37 novels in 12 different countries with Harlequin Enterprises, Entangled Publishing, and Amazon Kindle Worlds. She has a deep affection for romance stories and playing in the ocean. On her best days, you can find her on the beach with her notebook, a novel in hand, and her dog, Bella, by her side.

“I want to read more and more! Cynthia Cooke has a very special gift for making me love paranormal beings I would not usually care for! Another winner for Cynthia Cooke!” Monique D – Amazon Reviewer

“Cynthia Cooke is an amazing and talented writer who captures your heart from the beginning of her books to the ending!. If I could give this book more then 5-stars I would!” Rose 13 – Amazon Reviewer

See All reviews and books listed on Cynthia’s Amazon Page at amazon.com/author/cynthiacooke

Carol Albertson - Breckenridge
5.0 out of 5 stars Loved It
Reviewed in the United States 🇺🇸 on January 4, 2023
It was absolutely beautiful and I cried and fell in love and awe with this book!!
It was definitely a great read and I will be reading it again!
Read more
Helpful
Report abuse

buzymomof2
5.0 out of 5 stars Jenni's Christmas Gift
Reviewed in the United States 🇺🇸 on January 5, 2023
I love small town romance stories and even more when they have a holiday theme. This one is no exception, it's a heartwarming, enjoyable romance that pulls you in and has you feeling all the feels. You will fall in love with everything about this book, the characters, the story, everything.

I received an advance copy of this book from Hidden Gem Books and I'm voluntarily leaving my review.
Read more
Helpful
Report abuse