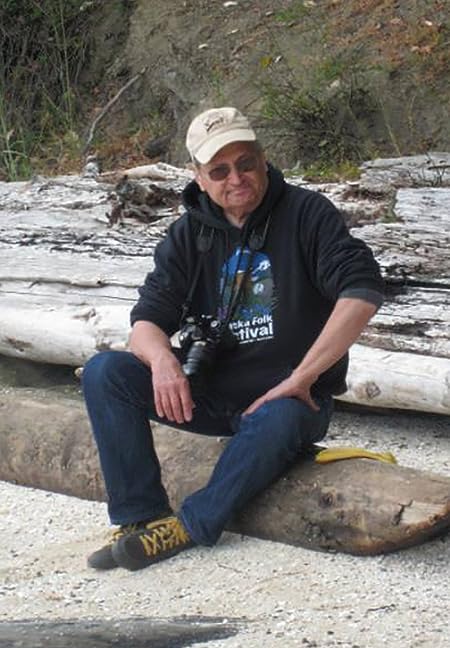 Jerry Smetzer was born in Wichita, Kansas and raised on a small farm in northern Ohio. He escaped high school to go to Alaska. While in high school in Alaska he joined the National Guard and went off to Army basic training, though his military career was shortly ended by the after effects of a childhood illness. Later, while in college, and before, he worked on field crews doing recon and construction surveys for the Parks highway, Denali Park, and other roads and dam sites in bush Alaska.

In college he got an education in Math, Economics, and a BA in English at UAF in Fairbanks. Since college he has been a business developer, private pilot, politician, speech writer, bureaucrat, and IT guy; Here are a few life highlights: with his daughter Megan as tour guide, his four days visiting Anaktuvuk Pass deep in Alaska's Brooks Range; with his son Nick doing a ride-along while on police patrol in Boulder, Colorado; with his son Gabe in Squamish, British Columbia working on the story arc for Gabe’s animated app Flewn; while at work with the Alaska Department of Fish and Game as a Red King Crab counter on the MV Medea in Pybus Bay south of Juneau; during his 30 days in Jerusalem on holiday while in service with the U.S. Peace Corps in Afghanistan; …then, of course, there are the 5 beautiful grandchildren.

Jerry has read deeply, traveled widely, and experienced much in the world. Important media influences include the movies "Walkabout," "Chinatown," "Frieda," "Cloud Atlas," and "Used Cars"; the books "Catch 22" by Joseph Heller, "Slaughterhouse 5", by "Kurt Vonnegut", and "The Lacuna", by Barbara Kingsolver; works by the visual artists Picasso, Van Gogh, Thomas Hart Benton, Kylie Manning, and Frank Frazetta. He does not remember when he first began looking at his family’s "Funk and Wagnals Encyclopedia" on the farm in northern Ohio, but he has been a scribbler and sketcher since first picking up crayons, pencils, and paper in grade school.

His first published book, "Cassiopeia’s Quest," is available on Amazon as an eBook download for Kindle, or as a paperback for $12.50. "Cassiopeia’s Quest" is a collection of 10 short pieces of historical fiction; each story an extension of an earlier image in a series of ten 20 by 26 oil-on-canvas paintings first exhibited in December 2015. Each painting puts a lens on events on our long episodic path from hunting and gathering in Africa to high seas fishing for Red King Crab in the Bering Sea. 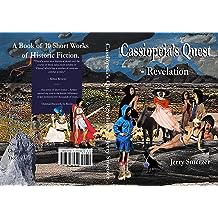 Cassiopeia's Quest - Revelation Dec 2, 2019
by Jerry Smetzer
$2.99
This new fiction writer takes the reader on 10 Walkabouts. First, across east Africa’s grassy savanna 100,000 years ago with Ah-oom’, a young girl. She leads a hunting party to kill beasts she senses on the wind. Her small clan needs these beasts for meat, hide, bone and sinew. Last, perhaps a year beyond today, we follow Tica, a young Inupiaq girl from the whaling village of Point Hope on Alaska's far northwest coast. She bears the traditional chin and body tattoos of her ancient lineage. Tica is working with two women on an all-woman crew to pull 1200 pound crab pots onto the icy and rolling deck of the 140 foot Bering Sea crabber Aleutian Challenger. Earlier, during a crew meeting the cook, Sadie, accused Tica of taking Sadie’s St. Christopher medal.
Read more
Other Formats: Paperback 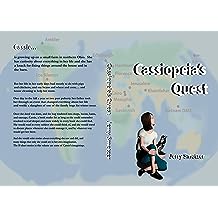 Cassiopeia's Quest: A Young Woman's Journey of Exploration, Learning, and Imagination Nov 27, 2019
by Jerry Smetzer
( 2 )
$2.99
"Cassiopeia's Quest" is a collection of 10 short pieces of historical fiction. The protagonist in each story is a young woman. Though young she is exceptionally mature and intelligent as she makes her way through the events occurring in the history of that story's time and place. Some older children may enjoy reading this book. However, it is a book for adult readers, and a few parts may benefit from some parental guidance. If it were a movie, I would be OK with a PG 13 rating. The stories occur chronologically, and the chronology is long... 100,000 BCE in Story 1 to some time in the near future in Story 10. Over the past year of intensive writing I have worked with several volunteer friends, family, neighbors, and other aspiring writers and painters. They read, they edit, and they speak to me about the finer points of aesthetics and story telling. Finally, I took the writing to the very capable staff at Juneau's AKLitho for printing. They delivered the books to me on June 16. Each story runs about 10,000 words. In the Preamble I discuss the book's meaning: The concept that is driving the creation of this book began in my mind, as I think about it now, several years after seeing the 1971 Australian movie "Walkabout." The Director, Nicholas Roeg, lays the opening scenes in modern Sidney. His characters are part of an upscale suburban white family headed by a father who seems troubled. There is a post-puberty private school girl and her much younger, sun-bleached, blond brother. Both the children are shown dressed in the pressed uniform and hat for their school.
While these early scenes unfold a young aboriginal boy begins his tribal rite of passage deep in the outback. This is his walkabout - the concept behind the movie’s title. He will have a bow, some arrows, a knife, a possibles pouch of tools, charms, and totems for the unexpected events that may challenge him during his journey of weeks, even months, across the parched and trackless desert.
The essential story begins as the father drives deep into the outback with his children for what might be a picnic. Suddenly, an event too terrible to discuss here leaves his two children without their father. In an instant they are abandoned, traumatized, and frantic.
After a few days of aimless wandering, desperate to find water, their school clothes dirty and ripped, their paths cross with that of the Aboriginal. The Aboriginal knows how to find water, but he speaks no English, and the cut-up bloody parts of a large lizard hanging from the decorated piece of woven cloth that passes as a waist band is gross and disgusting to the high-born children.
He has no experience of the pale and frightened children before him, nor of their parentage. Their strange dress tells him nothing of their tribe. He cannot understand why they are reluctant even to touch the few mouthfuls of muddy but drinkable water the Aboriginal has found in a damp spot at the bottom of a shallow depression.
This collision and merging of two vastly different cultures, in all their gritty, grisly, and conflicting detail, has become a powerful metaphor, for me, for all cultures in all times and in all places. The seeds of this concept began to germinate during my service in the U.S. Peace Corps in the late 1960s as the only non-Afghan member of an Afghan land survey crew deep in the deserts of Afghanistan. Roeg’s movie gave the concept the kind of clarity and focus needed to sustain a book writing project. In “Cassiopeia’s Quest” the churn of merging cultures is the binding force that holds these 10 independent stories together over the 100,000 years of their chronology.
Read more
Other Formats: Paperback