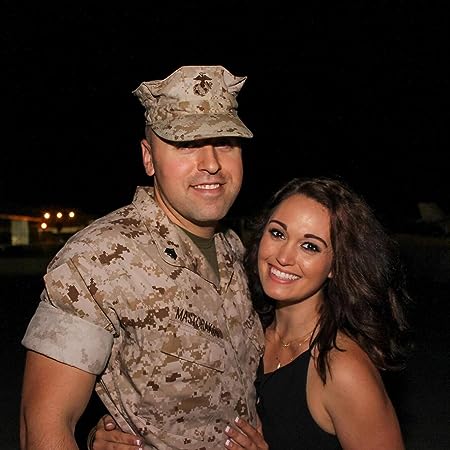 Jess Mastorakos writes sweet military romance books that feature heroes with heart and the strong women they love. She is a proud Marine wife and mama of four. The happy family is currently stationed in Hawaii. She loves her coffee in a glitter tumbler and planning with an erasable pen.

Get the free Prequel in her San Diego Marines series, Forever with You, at the link below! 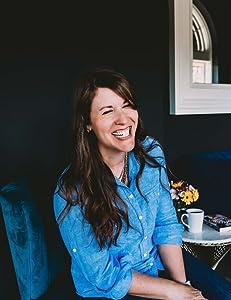 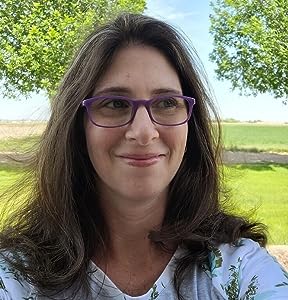 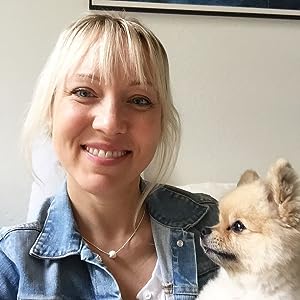 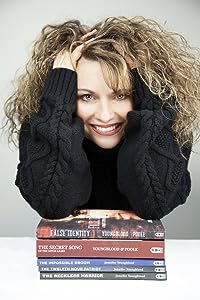 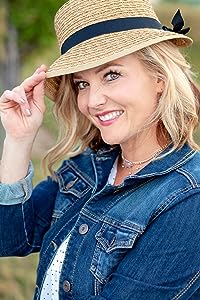 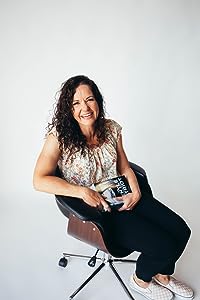 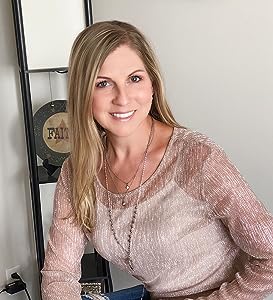 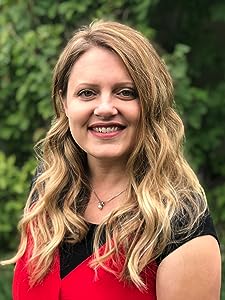 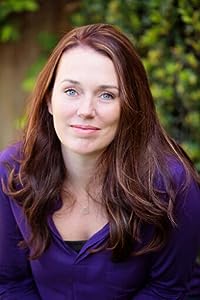 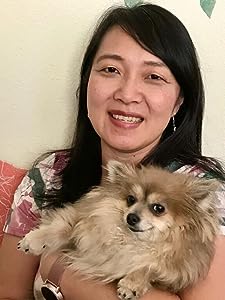 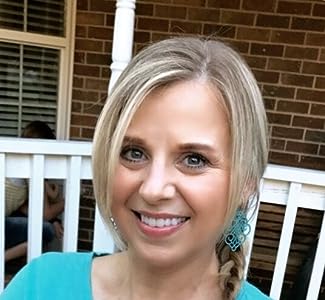 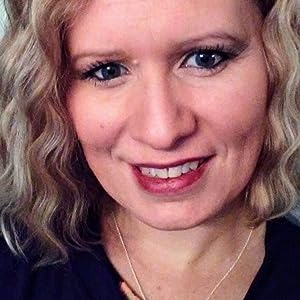 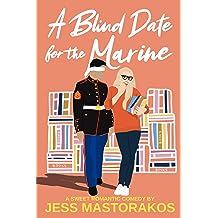 Blind dating for the digital age. What could go wrong?

When my best friend asks me to test his new dating app, I'm not sure it's a good idea. After all, I'm moving out of the country in six months. What's the point?

But he insists it's just to help him out, so I give it a shot. Plus, the mystery of it is kind of fun. There are no photos until you've been talking for thirty days, so it's all about the connection.

What I didn't expect was to immediately hit it off with a bookish charmer on the app at the same time as someone pretty similar in real life. Two women? Why couldn't this happen when I wasn't about to leave?

Now that I thought about it, BookishDreamer from the app reminds me a lot of Claire from the real world... wouldn't it be crazy if they were the same person?

Nah. What are the odds of that?


Fans of You've Got Mail will love this mistaken identity rom-com! Get ready for loyalty, laughter, and happily ever after in the second standalone book of the First Comes Love trilogy! 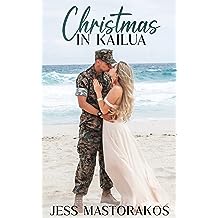 I hate Christmas. But I'm willing to let her change my mind.

How did I get roped into playing Santa at a toddler's holiday-themed birthday party? Oh, right. Because I'd probably walk through fire for the birthday girl's gorgeous mom if she asked me to.

And when she decides to take me around the island to do a bunch of Christmas stuff to cure my Grinch vibes, I can't help but want to play along.

Before I know it, the peppermint mochas and festive lights start to go to my head, and I fall for her. Hard.

But then her ex comes sniffing around. He’s playing nice, but I’ve got my eye on him. Tess and Sadie are changing everything I know about love, family, and the meaning of Christmas. So if he thinks it’ll be easy to push me out, he’s wrong.

Christmas in Kailua is book six in this sweet military romance series and is told from both points of view in the first person. Each book can be read as a standalone but they are fun to read in order! 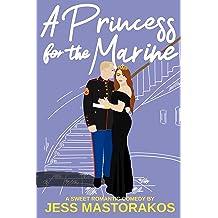 A Princess for the Marine: A Sweet Romantic Comedy (First Comes Love Book 3) Oct 27, 2021
by Jess Mastorakos
$3.99
What happens when a side gig working security turns into a royal calamity?

My best friend and his wife run a matchmaking company, so they hold a lot of events for rich singles in Southern California. I'm a Marine with expensive taste in hobbies, so I work security for them to bring in extra money. Well, that and to mingle with their rich singles.

Then one night a gorgeous and mysterious woman needs my help evading a group of well-dressed men who are after her. I don't question it, I just get her out of there.

Suddenly I'm drowning in a sea of international hot water because I've essentially just kidnapped the princess of a small country.

Fans of modern-day royal romances will love this fish out of water adventure. Get ready for loyalty, laughter, and happily ever after in the third standalone book of the First Comes Love trilogy!
Read more 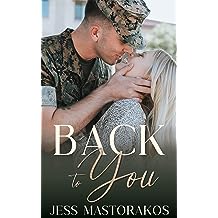 Biggest mistake I’ve ever made? Kissing my best friend.

I’ve never been a relationship guy. Sure, I have Ellie—my best friend since middle school who’s been by my side through the good and the very bad—but with girls who aren’t Ellie? One date is enough.

Then when I get back from boot camp, one kiss changes everything. But also, nothing’s changed. Ellie still wants to settle down with a picket fence and kids, and she knows I don’t.

But I’ve made one mistake after another with Ellie, so now I have to convince her that it’s okay to want me too.


Back to You is a sweet romance told from alternating POVs, set in the world of The San Diego Marines. Each book can be read as a standalone but are fun to read in order.

Check out the rest of the series:

Forever with You - Vince & Sara (get it free on my website) 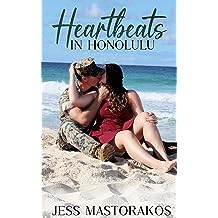 I need this promotion. But if I win, what will I lose?

I've done everything right in nearly a decade as a Marine, but thanks to stuff outside of my control, it's all gonna come crashing down if I don't pick up a rank soon.

Enter recruiting duty. My one chance to kill it and earn the promotion that will save my job.

There's just one thing standing in my way. Her.

Hot-tempered, pigheaded, and frustratingly gorgeous Sergeant Nora Cannon is gunning for the same promotion. Shots were fired the moment we met and I can tell neither one of us is going down without a fight.

Heartbeats in Honolulu is the fifth book in this sweet military romance series and is told from both points of view in the first person. Each book can be read as a standalone but they are fun to read in order! 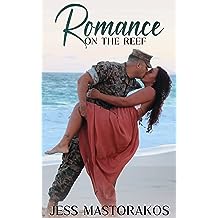 I’m the jokester of the group. I always have that one-liner that lightens the mood, even in the darkest of moments. It's just who I am. I lost my wife eleven years ago when I was on my first deployment, so now I'm just trying to keep things light.

And because of that, I refuse to put my heart out there again while I’m a Marine. It’s not worth the risk. So when a beautiful single mom moves in next door, I’m going to fight that attraction tooth and nail.

Thing is, Maggie doesn’t want to be with me either. Her late husband was a Marine, and there’s no way she’ll let her daughter go through that again. Or herself.

Because we both know what it’s like to lose the one you love, and that old saying about how it's better to have loved and lost than not loved at all? We disagree.

Romance on the Reef is book four in this sweet military romance series and is told from both points of view in the first person. Each book can be read as a standalone but they are fun to read in order! 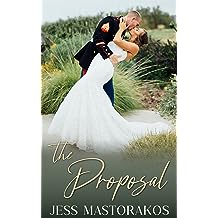 The Proposal: A Sweet, Small Town, Military Romance (Brides of Beaufort Book 1) Dec 29, 2021
by Jess Mastorakos
$4.99
My best friend Shelby convinced me to hire her flash mob company to propose to my girlfriend. Then I was rejected in front of the whole town.

To be fair, I probably should have seen that coming. No one thought we'd last.

And in a place where everybody knows everybody's business, maybe they know something else I don't ... like that my best friend has been the right one for me all along.


The Proposal is the first book in a sweet, small town, military romance series. Each book is a standalone romance but they are fun to read in order!
Read more 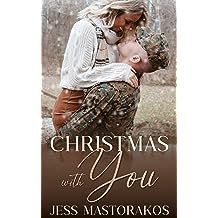 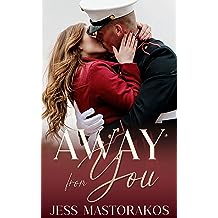 This kind of love deserves a second chance.

Matt
I didn’t mean to come back like this. A bullet in my arm, a chip on my shoulder, and violent nightmares that transport me back to Afghanistan. My wife Olivia wants to help, but no one should see me like this. She needs to move on and forget about the man she married … He died in that desert half a world away. I’m nothing more than his shell.

But now I’m trapped with her on a couples’ trip, and I’m finding it hard to resist her warmth, her sweet smile, and her determination to fix what I broke—us.

Olivia
One thing Matt may not understand about me is that I’m a fighter. He’s falling apart, and I have to step up. See, I made a vow to him that no bullet or nightmare can erase. I won’t walk away from him when he needs me the most.

Now I have one week to prove to him that what we have is worth saving. That’s he’s worth saving … whether he likes it or not.


Away from You is a sweet romance told from alternating POVs, set in the world of The San Diego Marines. Each book can be read as a standalone but are fun to read in order.


Check out the rest of the series:

Prequel: Forever with You - Vince & Sara (get it free on my website!) 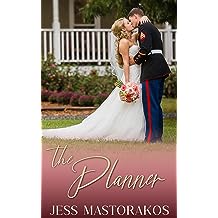 The Planner: A Sweet, Small Town, Military Romance (Brides of Beaufort Book 2) Feb 23, 2022
by Jess Mastorakos
$4.99
When I agreed to be the best man at my closest friend's upcoming wedding, I didn't realize how much time I'd be spending with the wedding planner, his gorgeous younger sister.

She used to bug us when we were kids, but now the only thing that bugs me about her is the fact that I'm attracted to her.

I know her big bro would not approve, so now I just need to get through this wedding without acting on it. Which might be a problem if she doesn't stop looking at me like she feels the same way.

The Planner is the second book in a sweet, small town, military romance series. Each book is a standalone romance but they are fun to read in order! 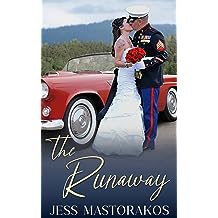 The Runaway: A Sweet, Small Town, Military Romance (Brides of Beaufort Book 4) Jun 29, 2022
by Jess Mastorakos
$4.99
The sunny, California wedding started out like any other security gig. It was my last one before heading to my new duty station in South Carolina.

Then the whole thing went haywire and now I've got the bride sitting shotgun while I drive across the country.

I never saw it coming, but I'm definitely not complaining. Beaufort, here we come.


The Runaway is the fourth book in a sweet, small town, military romance series. Each book is a standalone romance but they are fun to read in order! 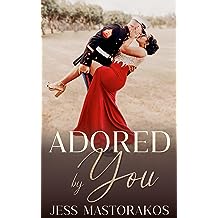