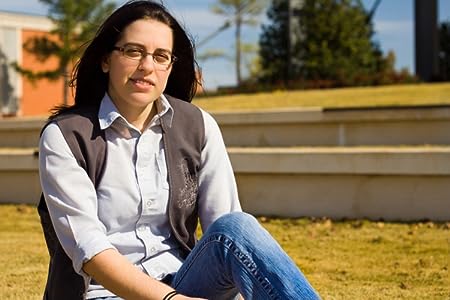 Jessie's life has been surrounded by books since the beginning. She learned to read at age four, realized she wanted to be an author at age six, finished her first novel at age fifteen, graduated wtih a degree in English at age twenty-one, and became a professional editor at age twenty-three. She is currently a freelance editor working as Stormy Night Publishing.

When not editing others' works, she is writing her own masterpieces. A product of the Harry Potter generation, Jessie's specialty is young adult urban fantasy. Her works include the Grover Cleveland Academy Series and several short stories. 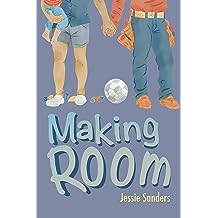 Emmett Tran: Computer Engineer. Musician. Widower. Too busy trying to keep his life afloat to realize how truly lost he is in this small town he’s never left.

Tobey and Emmett: They have their own lives, their own problems, their own kids; they certainly don’t need to take on each other’s. So why is Tobey having such a hard time finding a reason to leave? And why is Emmett not telling him to go?
Read more
Other Formats: Paperback 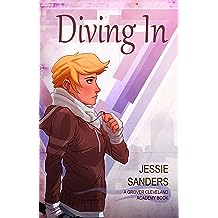 Diving In (Grover Cleveland Academy Book 2) Jun 15, 2013
by Jessie Sanders
( 4 )
$0.99
After the events of Into the Flames, the first book of the Grover Cleveland series, Rahab Carmichael is strangely content. She’s found friends who embrace every aspect of her--including her superpowers--and even feels at ease in Grover Cleveland Academy. For the first time in her life, Rahab has friends like family and a school that feels like home.
But as the academy moves into a new semester, Rahab realizes that families and homes are never perfect. As the weather turns frigid, Rahab finds the promise of Bracken Carnegie’s affections cooling just as dramatically. He won’t talk to her, spend time with her, or even look at her. What will it take to thaw his heart? Does she even want to try anymore?
Confusing Rahab even more is Scotty Smith. Cute, kind, and totally normal, Scott is also clearly into her. He’s also right in the middle of a rash of weird thefts that have been occurring around Boston. Scout wants to investigate, but Rahab isn’t sure how it will affect her relationship with Scotty.
But those investigations quickly shove boy trouble on the backburner. Some mysterious person named Aidan is behind the fires and robberies spreading across the city, and Rahab’s ragtag band of super powered teens may be the only ones who can put an end to her sinister schemes.
Who is this new villain? What does she really want? How much destruction can she truly cause? It’s up to Rahab to dive into the icy waters and find out. But can she overcome the bone chilling shock in time to save her friends, her school, and her city? 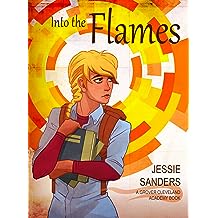 Into the Flames (Grover Cleveland Academy Book 1) Mar 15, 2012
by Jessie Sanders
( 5 )
$0.99
Rahab Carmichael is just like any other teenage girl starting out at a new boarding school. She’s all alone, a little lost, and she’s never been good at fitting in. Also, just like any normal girl, she has secrets, hopes, and fears she can’t share with anyone. Rahab is normal...the secrets and fears are anything but.
Despite her anxiety, Rahab finds friends in Scout and Hawkins. Even though her new friends are social outcasts, Rahab feels a deeper connection with them than she’s ever felt before. But to know how deep, she’d have to risk revealing her own secrets. The idea of being that close to people fascinates her even as it terrifies her.
Another development just as confusing surfaces for Rahab. Everywhere she turns, boys are either flirting with her or teasing her. And she doesn’t care for either option.
Worst of the bullies is John Madison, a jock who refuses to leave Rahab and her friends in peace. The bullying increases and the tension becomes unbearable, forcing Rahab to wrestle with whether or not she has the strength to stand up to John. The only way Rahab can protect her friends is to reveal her uncanny secrets and face her greatest fear. What will she find when she looks into the flames? 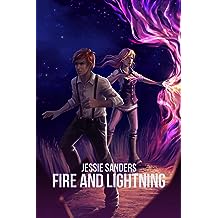 Fire and Lightning (Tales from Pocatello Book 4) Nov 7, 2015
by Jessie Sanders
$0.99
One year ago, an alien spaceship fell from the sky…

It crashed into the fields of Quadrant Four, Saxony, and there it has remained, refusing to give up its secrets to the rest of Pocatello. The Nerjan government is determined to use the spaceship’s technology to give them an advantage in the brewing war against Pemberley, and Sir Asher Lowry is their last hope in cracking its code.

Asher and Andrea Lowry look the same, but they are as different as night and day: Asher is a prestigious scientist, a pioneer in harnessing lightning’s power. Andrea is a fiery street urchin with a dangerous secret. Together, the twins are sent to Saxony to research the spaceship for Nerja. Asher and Andrea know they are pawns in a war they don’t believe in, but these outcasts think they have no other choice but to follow orders.

As soon as they arrive in Saxony, Asher and Andrea realize that it isn’t just fields to be harvested. It’s a country with a completely different way of life, with many innocent—and interesting—native people. And the spaceship it harbors is a technology capable of terrible destruction. For the first time, Asher and Andrea have something worth fighting for.

Can Ash and Andy hold on to the life they’ve found despite the looming war? And how can they keep their own powers from being used against everything that they believe in and care about?

Fire and Lightning is the fourth tale from Pocatello. Approximately 12,000 words. 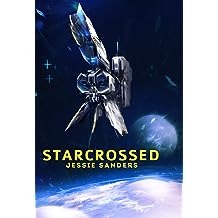 Starcrossed (Tales from Pocatello Book 3) May 11, 2014
by Jessie Sanders
$0.99
Earth is exhausted, drained dry by the constant demands of humanity. In a desperate bid to save mankind, the best and brightest of the population join with a genetically engineered set of superhumans and fling themselves toward the stars in hopes of finding a new home.
But even in the midst of humanity’s Exodus to the void, individuals lead the way. Michael, the feckless and guilt-ridden stowaway; and Jamie, engineer, mechanic, and inventor of the ship’s interstellar drives, find themselves thrust together. Forced to rely only on each other for survival, they soon discover the universe is a lot weirder than they ever expected. 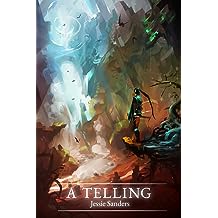 A Telling (Tales from Pocatello Book 2) Dec 1, 2013
by Jessie Sanders
( 1 )
$0.99
Natalie doesn’t fit in anywhere. To the Nerjans, she is just another slave, the daughter of a long-dead rebel. And Les Tristes, her enslaved people, shun her due to her ability to hold magic. Rejected by both worlds, Natalie knows that it is time to take control of her own future.
Allowing herself to be sold to a wealthy family in Nerja feels to Natalie more like an adventure than a sentencing. If she can keep her magic hidden, serving the noblemen of Nerja will be much better than slogging through the swamps with Les Tristes.
But when a Wanderer discovers her secret and her new start is threatened, Natalie realizes how truly limited her aspirations have been. Can a slave girl overcome her destitute beginnings, reach her potential, and find a place to belong?

A Telling is the second tale from Pocatello. Approximately 8,600 words. 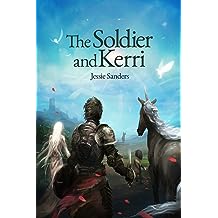 The Soldier and Kerri (Tales from Pocatello Book 1) Sep 1, 2013
by Jessie Sanders
$0.99
After three hundred years of oppression, the brave natives of Nerja finally gathered the strength to fight against the magical country of Malaga. Now the war is over, but the years of violence still affect both lands and their inhabitants. Alejandro and Kerri are just two of the many refugees looking for a new home amid the devastation. The two of them must band together if they are to escape the ruined Malaga and make it safely to the newly freed country of Nerja. But even as they journey through Nerja, forces both external and internal are trying to drive Alejandro and Kerri apart. Will this soldier be able to win another fight, or will he and Kerri be separated for good?


The Soldier and Kerri is the first tale from Pocatello. Approximately 15,000 words.