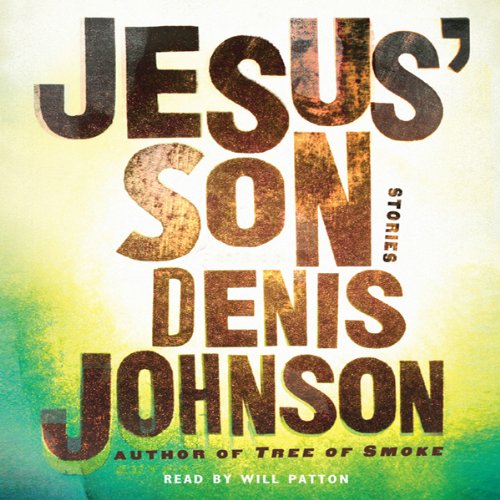 List Price: $15.93
You Save: $3.94 (25%)
By completing your purchase, you agree to Audible’s Conditions Of Use
Sold and delivered by Audible, an Amazon company
Share

4.4 out of 5 stars
4.4 out of 5
590 global ratings
How are ratings calculated?
To calculate the overall star rating and percentage breakdown by star, we don’t use a simple average. Instead, our system considers things like how recent a review is and if the reviewer bought the item on Amazon. It also analyzes reviews to verify trustworthiness.
Top reviews

should be doing laundry
4.0 out of 5 stars Poetry and prose had a baby in this one
Reviewed in the United States on February 10, 2017
Verified Purchase
Brilliant, jarring writing. Disturbing and unpleasant to experience this novel/ series of short connected stories was hard toe joy but masterfully done. Being in the head of an addict for a few hours was hard. It was SO real and of course, that reality elicits disgust mixed with horror and then sometimes pity. This work is a masterclass is capturing a human experience. Content and language is not for squeamish readers probably.
Read more
18 people found this helpful
Helpful
Report abuse

ReadingRampant
3.0 out of 5 stars It shows drug-filtered perception without emphasizing the drug part, a unique spin.
Reviewed in the United States on February 20, 2018
Verified Purchase
This book is a series of short stories, which share a protagonist and form a larger picture of his life. Some equate it to a novel, but it does not have the over-arching narrative structure of one. Not all of the short stories are equal. Some are shorter, some longer, and some more able to stand on their own. As an overall story, it shows a drugged out man eventually looking for redemption. The book is too realistic about his life, too honest, to end with his happiness, but he is finally at least on that path.

The writing is poetic at times, gusting out in sentences too beautiful for the reality they describe. The language shows the world the unnamed main character experiences through the filter of his drug-altered state, instead of describing the affects of the various drugs themselves. The focus is not on the alteration but the reality, or seeming reality, of the alternatives the substances cause him to create. It may not be real, but this garbled, sideways perception is true to the main character. He describes it as he knew it, and he does not attempt to explain or excuse the impossible or the horrible. He shows himself honestly, in his lowest moments and his highest (pun intended). He never blames the drugs for his actions, or acknowledges their part. He is seen drinking, but he never says the drink had made such and such appear like so. After all, he is the one who took the drink, the drugs. This honesty with what the main character experienced allows the reader to go more deeply into the story, to embody the events without the distracting constant reminders of how warped they are.

This book is not a novel. It shows drug-filtered perception without emphasizing the drug part, a unique spin. The writing is great, but in the end it only hints of the possibility of growing to something larger. I rate this book 6/10.
Read more
4 people found this helpful
Helpful
Report abuse

j.b. stroud
5.0 out of 5 stars Human tales most hope to never know
Reviewed in the United States on December 28, 2019
Verified Purchase
Well... I read it in one sitting before I even threw away the packaging it came in... If that does not say enough what would!?

Johnson tells these tales with shockingly little hyperbole in the sometimes distasteful mindset of the narrator. The ability to bring to the surface strong reaction in the reader. These stories are ones entirely unfamiliar to the lucky and painfully familiar to some. The kind of stories no one wants to tell from a first person perspective but rather to say "did you see on the news..." or "I heard about a guy..." But are those not the stories that America loves. The dark corners and shady characters looming therein set the scenes here. But there are no crypts, no monsters. Just your local nursing home, drive-in, and hospital. Just that loud neighbor, the quiet guy at the end of the bar, or your odd friend. Johnson paints a great scene without dehumanizing the characters or packing in unnecessary detail making for a interesting read.
Read more
2 people found this helpful
Helpful
Report abuse

Thomas J. Fitzpatrick
2.0 out of 5 stars It didn't speak to me.
Reviewed in the United States on April 21, 2018
Verified Purchase
OK, I admit I sometimes "don't get it." This must be one of those books.

I am a great fan of "alternative" literature and still revere Allen Ginsberg as one of the poetry greats, but I've tried to read "On The Road' five or six times during my life and cannot finish it because it always puts me to sleep. I cannot, for the life of me, figure out why this work of Kerouac continues to elude me.

I read the raves about this work on many websites but it just didn't speak to me. Obviously, I'm in the minority with my opinion and I don't pretend to be an expert on literary matters, but as much as I wanted it to work for me, this book mostly put me to sleep.
Read more
7 people found this helpful
Helpful
Report abuse

DoctorJoeE
5.0 out of 5 stars Fascinating.
Reviewed in the United States on February 15, 2015
Verified Purchase
Though written in prose, these stories remind me very much of poetry -- abstract conveyances, using a minimum number of words. This takes great skill. I understand that the considerable number of negative reviewers probably don't appreciate that -- because Johnson's writing also reminds me of minimalist abstract art; for example, Kazimir Malevich's famous "Black Square", which garners many sneering responses: "I could have done that!" (The appropriate response to such people, of course, is, "But you didn't!") In short, Johnson has both a rare talent that many of us envy, and a rare courage to use it in writing this sort of (obviously autobiographical) subject matter. Word is that he is now clean and sober, and thus no longer scraping the rock-bottom as he was in these stories; good for him. So there is hope, thank goodness, for the many others who are in similar, seemingly hopeless straits.
Read more
13 people found this helpful
Helpful
Report abuse

planosue
4.0 out of 5 stars Very very good short stories
Reviewed in the United States on April 12, 2017
Verified Purchase
Some of the stories (linked stories) in this book are very, very good. Others seem lackluster. I read this book (160 pp) in the space of 3-4 hours one afternoon. I'm wondering, however, whether the book may have been more enjoyable had I read it over a longer period of time. The book's overall theme is very gritty.. and I think I can only tolerate so much grit and depravity in one sitting. I've actually found this to be true of other short stories -- Flannery O'Connor's writings especially -- where the linked stories become increasingly burdensome to read because of the grittiness of the theme and/or the depravity of the characters. Indeed, Johnson's book reminds me somewhat of O'Connor's short stories -- just a different place & time and different life challenges for the characters.
Read more
13 people found this helpful
Helpful
Report abuse
See all reviews

David Brookes
4.0 out of 5 stars Underground, down-and-out at its best
Reviewed in the United Kingdom on December 27, 2018
Verified Purchase
Like a contemporary Bukowski, the author shows us what it's like to be down and out at the arse end of the western world. I cared about the characters, I valued the insight into a world I don't know much about, and I appreciated the punchy and honest writing style. A decent short story collection, though it's a slim volume that doesn't deserve full RRP when you could pick up a 400 page novel for the same.

RYAN FIENNES
5.0 out of 5 stars Picador Modern Classic edition
Reviewed in the United Kingdom on April 7, 2021
Verified Purchase
I purchased the Picador Modern Classic edition; and am very pleased with it.
These editions are compact hardback books - smaller than the average paperback. The print may be too small for some, but I haven't struggled with reading it; and due to the size of these editions, they are easy to carry and read anywhere.
Read more
Report abuse

Matt Nichols
1.0 out of 5 stars Extremely disappointed
Reviewed in the United Kingdom on April 3, 2018
Verified Purchase
Having bought and been delighted with The Largesse of the Sea Maiden which was not only a fabulous read but also beautifully presented , I wanted a companion, so bought the hardcover version of Jesus’ Son - what is unclear from the write up and pictures is that the version is a miniature book approx 4” x 3” - should be better described
Read more
Report abuse

stuart mcarthur
4.0 out of 5 stars Dazzling jewels within antisocial dreamlike tales
Reviewed in Australia on January 27, 2020
Verified Purchase
A book about living outside society’s parameters - hating and loving people equally and often simultaneously. But such beautiful writing. When drugged up he “knew every raindrop by name”. When others started arriving he was no longer “president” of his car crash.

I felt like I was inside the actual dreams of Dennis Johnson that he’d turned into short stories. The stream of consciousness aspect made them sometimes hard to follow but the glittering moments were worth it. The “flatness of the door” when the naked lady left the bathroom. The dash sounded “like a machine polishing rocks through the night”. But for a good representative snippet...

“I’m sure we were all feeling blessed on this ferryboat among the humps of very green—in the sunlight almost coolly burning, like phosphorus—islands, and the water of inlets winking in the sincere light of day, under a sky as blue and brainless as the love of God, despite the smell, the slight, dreamy suffocation, of some kind of petroleum-based compound used to seal the deck’s seams.”
Read more
Report abuse

Jayant Pande
5.0 out of 5 stars A fantastic book
Reviewed in Germany on October 22, 2014
Verified Purchase
The book is brilliant, possibly my favourite collection of short stories (and I say 'possibly' only because I'm not sure if one ought to view it as a traditional collection of short stories, as the stories here all have the same narrator and relate episodes from his life; one might equally well view the book as an unconventional novel). Too many turns of phrase that just make you stop reading and admire their beauty and truth. In my mind, a perfect book.

As for the delivery, it was as reliable as ever. The book arrived quickly and in perfect condition.
Read more
One person found this helpful
Report abuse
See all reviews
Back to top
Get to Know Us
Make Money with Us
Amazon Payment Products
Let Us Help You
EnglishChoose a language for shopping. United StatesChoose a country/region for shopping.
© 1996-2021, Amazon.com, Inc. or its affiliates