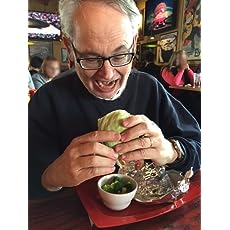 In 2011, Jim Anderson discovered both a diet and a favorite writing subject. They were one and the same. His blog, "Life After Carbs," has entertained and informed tens of thousands of readers seeking to learn more about a low-carb, high-fat diet and lifestyle. It has also led to a podcast, "The Low Carb Nugget," and a book, "The Best of Life after Carbs."

Anderson credits the LCHF diet with saving him from the health problems that eventually killed his father. "By the time Dad was my age, he'd endured bypass surgery, daily insulin injections, and diabetes-related eye problems. Knock on wood, but I've had none of that."

Anderson enjoys reading history, private-eye and other mystery fiction, science fiction, and science fact. Having taught non-fiction writing and business communication in colleges for over 30 years, he has the urge to write in his retirement years. "My goal is to write 20 books, one or two a year until I'm in my 80s. I may write more if anybody likes them."
Read more 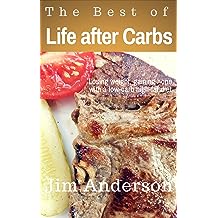 "The first year, I lost more than 20% of my body weight without exercising or going hungry. It seemed like a miracle, but it was just science. The book shows how I did it, and why." -- Author Jim Anderson

In 2011, Jim Anderson had a problem. It came in the form of fat around his mid-section. Many pounds of fat. His father's life had been cut short by type-2 diabetes and heart-disease, and Jim desperately wanted to avoid the same fate. So he set out to make a change.

He reduced the carbohydrates in his diet, and soon realized the approach was the right one for him. "It wasn't just that I lost weight. I also felt good doing it. I felt I could eat low-carb forever."

Jim Anderson began living his life after carbs. Soon, he was blogging about it on his web site LifeAfterCarbs.com, entertaining and informing readers from around the world.

Can an obese, sedentary, middle-aged academic find a way to reduce his waist-line and stave off full-blown metabolic disaster? Yes!

In this book, based on his popular blog, Jim Anderson details what he has learned over the years about starting and staying on a low-carb, high-fat diet. "I once ate carbs morning, noon and night -- in the form of bread, cereal, pasta, rice, potatoes, cookies, soda-pop, juice and jam. You name a carby food and I ate it. Not everyone who eats that way gets fat, but I did. I had to learn to live without most of those carbs to lose weight and avoid serious health problems," Jim says. "Overall, it was easier than I expected, but with a bump or two."

Includes chapters on eating out low-carb, great foods to try, recipes, lessons for success, and more!

This book brings together the best of his blog articles to recount the practical steps Jim took to shed 50+ pounds.

A blogger, pod-caster, and retired college teacher, Jim Anderson writes with honesty and humor. He doesn't pretend to be the perfect low-carb dieter, just one who succeeded in losing and keeping off dangerous weight. "I have made mistakes, and I have gained back some weight, only to have to lose it again. I'm not some diet saint come down from the mountain. I'm a guy who was obese but found a way to deal with it."

As tens of thousands of blog readers have discovered, Jim Anderson is a real person eating (mostly) real food. The Best of Life after Carbs, at once inspiring and amusing, shows what he did and why. It's an accurate portrait of one dieter's challenges and triumphs on the road to a healthier weight.