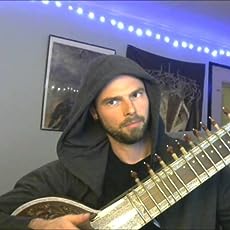 Jim Johanson is a multi-genre author with backgrounds in biology and psychology. His works of fiction typically follow strange or dark themes, interwoven with unusual philosophical concepts.

Johanson strives to bring a deeper element to his writing beyond providing straightforward entertainment, wherein the reader may feel compelled to question the nature of their own reality as they proceed through a story. This predilection is exemplified by Johanson's assertion that "One should not be the same person when finishing a book as they were when they began reading it." 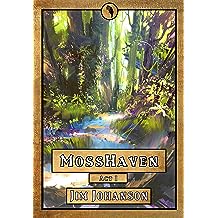 MossHaven: Act I Aug 30, 2018
by Jim Johanson
( 1 )
$2.99
Banished, imprisoned, and injured, the broken-winged Agrias is crestfallen and his situation is dire. But the cold silence of his prison cell has given him plenty of time to calculate escape and revenge with the aid of a mysterious bird crafted from his own flesh and blood.

Agrias' charisma and intellect have him collecting followers like a cult-leader, and now they're being prepared for revolution against the oligarchic, despotic Himerian empire.

Three bandits from the impoverished and exploited city of Gardara are about to unknowingly play a part in Agrias' master plan.

The grand cataclysm leading to Agrias' prison break reveals his willingness to use anyone as a pawn to further his own agenda, and his motives for toppling the corrupt empire may be less pure than he would have it seem.

The prison break results in a chain of immense consequences for those living in Himeria, Gardara, and elsewhere under the shadow of Mt. Caramat.

To make matters worse, not everything contained in the prison is human. With the prison bars broken, accounts are now spreading of horrifying beasts spilling out across the countryside.

In a land of wonder and boundless mystery, the balance of power is about to shift. Looming dangers and powerful entities threaten to forever alter the destiny of MossHaven.

Discover the action, adventure and mystery of MossHaven by delving into MossHaven's Act One!

Part one of a three volume, epic fantasy series. 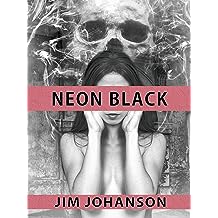 Neon Black May 18, 2018
by Jim Johanson
( 3 )
$2.99
A cynical, embittered man undergoes heart surgery following injury sustained in a terrorist attack. Under anesthesia, he dreams of bizarre confrontations with lovers from his past in a surrealist odyssey reminiscent of Charles Dickens' A Christmas Carol. The man's ghosts of the past demand retribution as he comes to realize that memories (and people) cannot always simply be buried and forgotten.
Read more 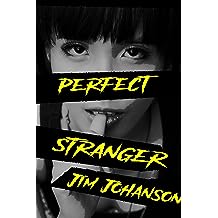 Max already has enough to worry about when a strange woman crosses his path, nearly getting struck by his car. She berates him in broken English as she climbs into his vehicle. Irritated at the inconvenience but obligated to help, Max offers to give the woman a ride out of the storm. The treacherous and uncomfortable drive reveals some peculiarities about the woman's character, but the full extent of her bizarre nature isn't revealed until she locks Max out of his house and begins taking over.

Max is in for an anguished battle for survival when the stranger gains the upper hand. 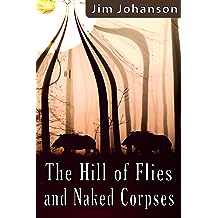 The Hill of Flies and Naked Corpses Dec 20, 2017
by Jim Johanson
$2.99
Dylan has stumbled onto something eerie and terrifying in the woods. Scenes from the apocalypse litter the landscape, leading up to an ominous hill and the ritual invocation site of a mysterious group of cloaked fanatics. Scared off, Dylan may know well enough to leave the mystery alone, but his daughter, Jean, has other plans. Her curiosity gets the better of her. She finds herself wrapped up in an escalating predicament beyond her control when converging forces of darkness meet, threatening life and limb for all those involved. Meet the face of terror by venturing to The Hill of Flies and Naked Corpses! 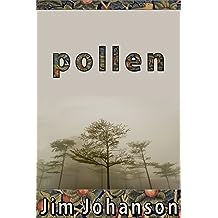 Pollen Nov 30, 2017
by Jim Johanson
$2.99
Joren's allergies are kicking into high gear, but there's something very unusual in the pollen this year, and it's got the residents of a lakeside town acting very strangely. His wife Ashley has become obsessed with a new tree that's sprung up in their backyard, and her own behavior is becoming increasingly erratic, almost as if some mysterious force has taken hold of her. Uncover the sinister secret lurking among the trees by picking up a copy of acclaimed science-fiction / horror writer Jim Johanson's Pollen! 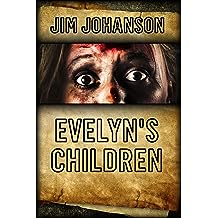 Evelyn's Children Oct 23, 2017
by Jim Johanson
$4.99
Pain, sharp and searing like the feel of cold steel, aching like a buildup of flames internal, the Greer family is suffering. Billy has gone off wilder than usual on a gasoline huffing binge, and his behavior is becoming increasingly erratic. His Mother has gone mad, engulfed in a religious fervor, bedridden and refusing treatment for the chronic illness that has ravaged her body and mind.

It’s all that Mary can take just to care for her Mother, and now her brother Billy is becoming dangerously unstable. But like vultures encircling a dying animal, there are others who wish to prey on the vulnerability of the unfortunate Greer family with the most devious of intentions, leaving Mary as the fulcrum shouldering the weight of a scale of wanton chaos. A feverish venture of terror and upheaval, this is the story of Evelyn’s children. 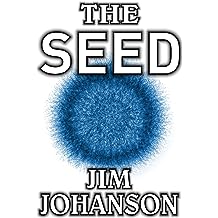 The Seed May 4, 2017
by Jim Johanson
$2.99
Little Teddy Winters is a curious boy. Surely he’d have to investigate a mysterious black pebble found in his backyard. Imagine his surprise when he finds the pebble able to move on its own, and his shock when he is bitten by the seemingly autonomous pebble. As retribution for the bite, Teddy decides to feed the strange pebble to his pet goldfish. Eagerly gobbling up the pebble, the goldfish discovers that this is no ordinary fish food, and soon Teddy’s whole family will become aware of the monster growing inside Teddy’s pet goldfish. Get The Seed now to learn what disaster a simple goldfish can create when fed a highly irregular, unearthly diet. 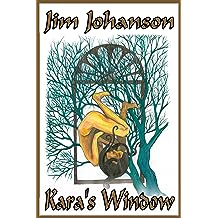 Kara's Window Feb 22, 2016
by Jim Johanson
$2.99
Reaching for an escape from the monotony of her world, Kara stumbles backward into her mind to find that the window to another existence is open. Fear abounds when Kara climbs through and learns that it may be more difficult to find a pathway back home.

Kara's eyes closed lightly. Her eyelids felt like feathers resting on her face. As her eyes inevitably closed fully, she felt a sensation to which she was unaccustomed. The typical, lonely feeling of closed eyes that she dreaded every night when she forced herself to attempt sleep, was not to be found.

There was only a calming feeling of solace in the warmth that washed over her face. The serenity of warmth incarnate permeated even the light between her eyes and her shuttered eyelids. The feeling was welcoming and fully encompassing, and soon she was overtaken and enraptured in the experience, a willing participant in something greater than herself.

The muscles of her hands, usually compulsively tight and wrought with anxiety, began to relax. Kara allowed the head of her wine glass to rest between her breasts. A tiny bit of red wine overflowed onto her chest and dipped slowly downward to her navel where it pooled, appearing like blood seeping from a cesarean section. 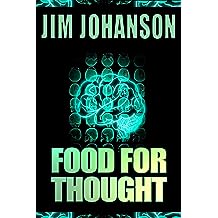 Food for Thought: A Psychological Sci-Fi Thriller Jul 10, 2015
by Jim Johanson
$5.99
If you can't afford food, do you give up and starve, or do you steal just to feed yourself? Or do you sign up for Agritecture's "Food for Thought" initiative, a program resulting from the government's allowance of privatized food stamp issuance? Do you allow a corporation to install nanomachines in your blood and your brain to harness your brain's electrical energy for their own gain, just to feed yourself when you have few other options?

And what becomes of those people who refuse to succumb to starvation, but also refuse to take part in a Machiavellian corporation's desire to reign supreme over the sources of human nourishment?

In Food for Thought, a collective of hackers and ecoterrorists find an exploit in Agritecture's plan, though in doing so manage to cause potentially irrevocable harm to themselves in the process, resulting in a climactic battle of the individuals' souls versus the oppression of the conglomerate.