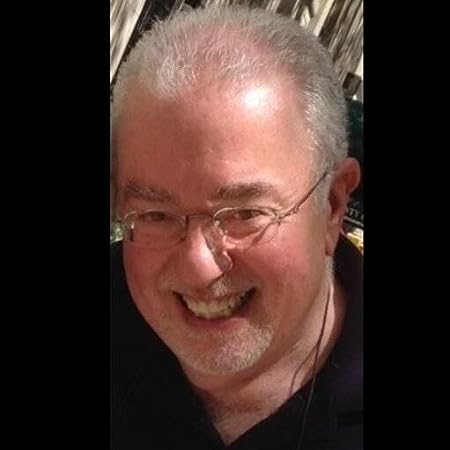 A native New Yorker, Jim studied undergrad with Professor Marshall McLuhan at Fordham University, then took his Master's from the University of Southern California. Early in his career he worked for public broadcaster WNET Thirteen, BBDO advertising agency, and MLB Productions, before moving to Los Angeles.

In California, Jim worked in TV development for Columbia; wrote for Jeopardy; managed programming for a cable MSO, and consulted to the networks. Industry insiders from the 1990’s remember his weekly half-hour in-depth interviews with leading TV writer-producers and executives for KPCC-FM. He has also taught generations of college students at Loyola Marymount University and elsewhere, bringing many top professionals into class to discuss their techniques for entertaining audiences.

Jim has also written about TV and other media for The Hollywood Reporter, PJMedia.com, Ricochet.com and TVCriticism.com.

Mr. Kearney had three paperback novels published when he was in his twenties, including one which sold over 100,000 copies. His "Red vs. Blue" mystery/thriller (2012) received favorable Amazon reviews. In it, NYPD Detective Mack McCormick pursues a sniper and unravels a conspiracy. The sniper’s target: a conservative immigrant “power couple” determined to change Big Media. Mack’s personal challenges include looking after his indefatigable grandmother-about-town, and finding romance in a social milieu wary of police detectives. 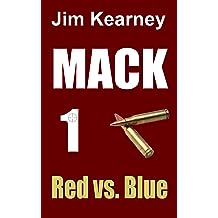 A New York power couple is shot at their engagement party. The victims: two ambitious conservatives out to seize a mainstream media empire. The attacker: a skilled and relentless sniper-for-hire. Has America’s vicious political divide finally escalated to murder?

For NYPD Detective Mack McCormick, this case is personal. When he was a child, Mack’s mother was murdered by political radicals. Has violent extremism now returned to America? Mack and his team track the assassin’s trail, as the CEO Sniper continues his attacks in Manhattan.

The Red/Blue political battle has moved from the talk shows to the streets. The media are in a frenzy. Everyone is taking sides, and the controversial case impacts everything from Mack's love life to the safety of his beloved, adventure-seeking grandmother.

A FINALE WITH A TWIST

Finally, at a midtown landmark, Mack must foil the sniper’s plan to hunt down and kill the new hope of the conservative movement. Even after the shooting is ends, Mack's hardest work is just beginning. The action switches to the interrogation room, where Mack tries to piece together the conspiracy. He and his team from the Park East Detective Squad must take to the streets one more time to gather conclusive evidence and close the case.

MACK 1 Red vs. Blue is a fast-paced, topical mystery/thriller.

Detective Mack McCormick is a sympathetic hero, one who relies on smarts more than brawn. He's college-educated, saavy and streetwise, a product of the NYPD's Giuliani-era policing reforms. A political conservative, Mack is a fish out of water in liberal Manhattan, and his politics do impact his love life. When he's not working on the case, Mack also has his hands full looking out for his fashionable, sophisticated 90-year-old liberal grandmother Francesca, still living on her own and loving every minute of it.

This novel features the short chapters popular among thriller readers. An heroic figure is in peril, a mystery to be solved, with occasional humorous scenes interspersed for comic relief.

"Mack 1 Red vs. Blue" is set on Manhattan's Upper East Side, with side visits to the metropolitan area's summer resorts. You'll visit the offices of midtown media power players, see legal gladiators battle in the Criminal Courts building, and sit in police interrogation rooms where cameras are rolling, but nevertheless so are the suspects.
Read more
Other Formats: Paperback