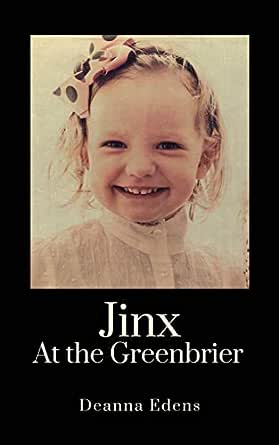 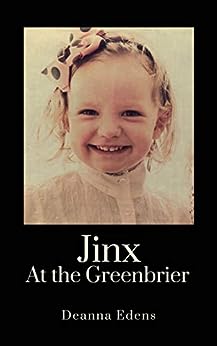 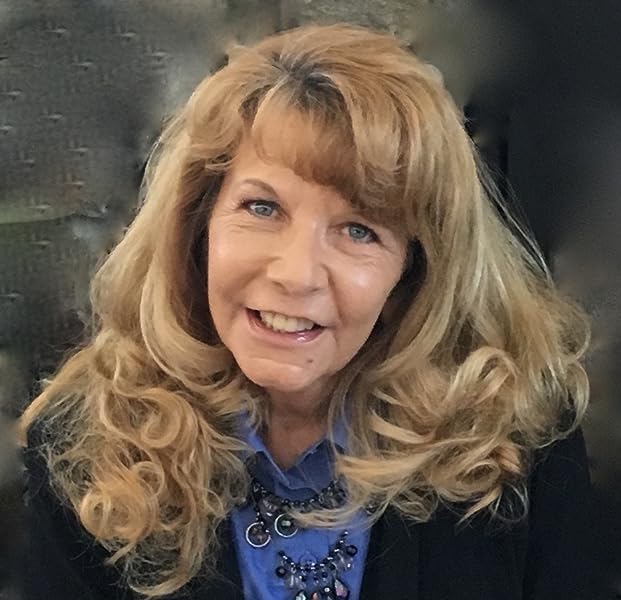 Jinx at the Greenbrier Kindle Edition

4.5 out of 5 stars
4.5 out of 5
102 customer ratings
How does Amazon calculate star ratings?
Amazon calculates a product’s star ratings based on a machine learned model instead of a raw data average. The model takes into account factors including the age of a rating, whether the ratings are from verified purchasers, and factors that establish reviewer trustworthiness.
Top Reviews

Whistler's Mom
TOP 500 REVIEWER
3.0 out of 5 stars Good stories if you don't mind the hoax.
Reviewed in the United States on September 18, 2019
Verified Purchase
I have mixed emotions about this book. I enjoyed it, but I finished it feeling like I'd been hoaxed. The author says that she was contacted by an elderly woman who grew up at the famous Greenbrier Resort in White Sulfur Springs, W.V. The lady had a "memory book" signed by many of the prominent people who stayed at the Greenbrier during the 1930's and 1940's. That's certainly plausible. Because of its easy distance from Washington DC, the Greenbrier was a popular retreat for powerful politicians from its beginnings in 1778. Supposedly the lady in question met many of those people and had stories to tell about them.

But then there's a confusing detour with the author being in a wreck and emerging from unconsciousness in a hospital. So was her encounter with "Jinx" who moved to the Greenbrier in 1936 real or did she dream it? I notice now that the publisher's blurb describes the book as a "creative chronicle" so I suppose the author created the character of Jinx and the stories she tells are ones she feels are representative of the real people involved.

For the most part, I agree with her. I think the meeting with Eleanor Roosevelt rings true, based on what I've read about her. And Slammin' Sammy Snead, who started his golf career as the club pro there was certainly a charmer as well as a humble man who was always grateful for the good life his athletic career afforded him. How refreshing compared to professional athletes today!

I find it hard to believe that Claire Booth Luce would have had much time for a small, inquisitive child. And she certainly wasn't the feminist pioneer the author thinks she was. She climbed to power with good looks, brains, and hard work. Then she kicked the ladder out from under her. There's no record of her ever helping or encouraging another professional woman. She preferred the company of men who could be valuable to her.

Much of the dialogue is strained, but then many people DO speak in a stilted way when they're talking to children they don't know well. And the stories of "Jinx" and her father's tragic death and her mother's career as the Greenbrier "Tea Master" are delightful and wonderfully true to the times.

If you like stories of life in the first half of the 20th century, it's well worth the small price. I don't regret buying it and I enjoyed it. I just wish the author had skipped the pretense and written it as straight fiction. You may not agree.

Alice
5.0 out of 5 stars Humorous and true
Reviewed in the United States on September 22, 2018
Verified Purchase
I thoroughly enjoyed this book. It has some fascinating historical facts, a wonderful central character, and several laugh out loud moments, which I found to be a relief, compared to many of today's books. The author explains in her preface that she considers it to be creative non-fiction, as characters , dialogue and events are fleshed out so the reader can picture the people and times she writes about. It is a true story,however.
It is a light read, but a story worthy to be read and remembered.
I liked it so much, I returned my loaned kindle unlimited copy and bought the kindle copy so I can keep it. Deanna Edens donates her books' proceeds to an animal welfare group.
The book is appropriate for young teens (girls would like it) and adults.
Read more
7 people found this helpful
Helpful
Comment Report abuse

Rita Hoover
5.0 out of 5 stars My new "favorite" book
Reviewed in the United States on May 31, 2018
Verified Purchase
"Jinx at the Greenbrier" is at the top of my list of favorite books. Charming, witty and mischievous Jinx draws you into her world and keeps you guessing about what she will get into next. As a fellow West Virginia who has visited the Greenbrier several times, I appreciated the historical context. Many things about this grand hotel that were mentioned in the book, was familiar to me, which made the book more exciting to read. It was such a pleasure to read and I would recommend it to everyone.
Read more
8 people found this helpful
Helpful
Comment Report abuse

Judi T
5.0 out of 5 stars Jinx at the Greenbrier
Reviewed in the United States on October 23, 2018
Verified Purchase
What a marvelous; creative and captivating storyline. Jinx is totally captivating and brings laughter; joy and highjinx' s to such a lovable level. How she introduces herself to all the incredible guest, plus gets their autographs and somewhat friendship is amazing. The fake teeth she uses throughout the hospital era and farther adds Such hilarity!!! Your storyline and storytelling weave together a wonderful history with awesome characters and occurrences. Truely enjoyed.
Read more
4 people found this helpful
Helpful
Comment Report abuse

Dee
5.0 out of 5 stars Thoroughly engaging view of history!
Reviewed in the United States on July 20, 2020
Verified Purchase
I loved this book! The history was wonderful, the people portrayed were interesting, and the story was so engaging that I felt as if I were right there, in that time. Jinx was a real character and my only sorrow was that there was no ending to Her story. I wish the author had been able to find out what happened to Jinx. It also would have been nice to have known what happened after Jinx left the hotel - how and where she met her husband, what she chose to do with her adult life. She was such an engaging character that ending the book feels like losing a friend. I wish I had known her for I am sure we would have been soul mates.
Read this book and lose yourself in a simpler, kinder time.
Read more
Helpful
Comment Report abuse

KathyF
5.0 out of 5 stars Delightful read!
Reviewed in the United States on March 30, 2019
Verified Purchase
I happened upon this book and am so glad I did! It is a quick read and really took me in. Very easy to get involved with the story. I love the way Jinx is portrayed, so brash and hilarious. I have already recommended it to friends and do so again here. I think you will quite enjoy Jinx at the Greenbrier.
Read more
3 people found this helpful
Helpful
Comment Report abuse

Mary V
VINE VOICE
4.0 out of 5 stars Entertaining, 'Unusual' Presentation
Reviewed in the United States on July 7, 2018
Verified Purchase
The stories of Jinx at the Greenbrier are couched in a strange tale of the author's amnesia, preceded by her explanation that the book is "a snapshot of an actual historical place and time, imparted in a fictional format."
In other words, Jinx meeting Eleanor Roosevelt, Sam Snead, etc., is more like Forrest Gump meeting all those presidents; not like the extraordinary true life of Pino Lella as told in Beneath a Scarlet Sky.
Read more
3 people found this helpful
Helpful
Comment Report abuse

Azwildcat
5.0 out of 5 stars Would love to have known Jinx
Reviewed in the United States on July 29, 2019
Verified Purchase
What a world Jinx grew up in and what people she met! But without her wonderful outrageous personality she would never have met them. She would have been proper and stayed in the employees section. Instead she took herself, her teeth and her wonderful self and shared them with absolutely everyone. And Dee was fortunate to inherit those memories.
Read more
2 people found this helpful
Helpful
Comment Report abuse
See all reviews from the United States