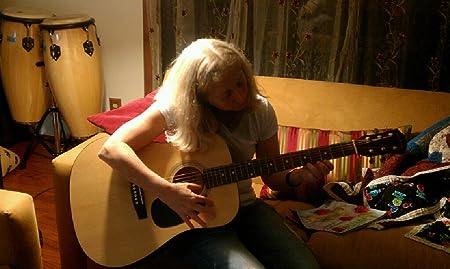 When Joanne Lewis is not practicing law, she is writing. She pens murder mysteries, historical fiction and historical fantasy books and is the author of several award-winning novels. As an author, she hopes to entertain and perhaps enlighten. As an attorney, she is most proud of her work as a guardian ad litem representing the best interests of children.

Her books are available on Kindle, as paperbacks and as audio books.

Please visit her website at www.joannelewiswrites.com and email her at jtawnylewis@gmail.com. 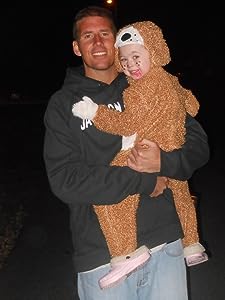 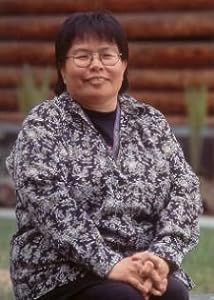 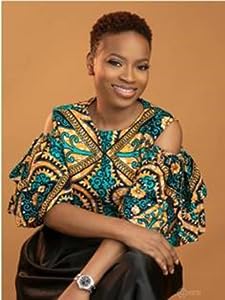 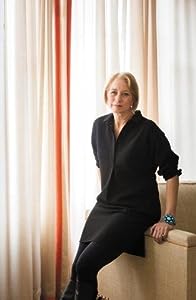 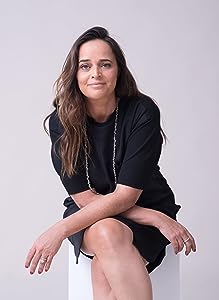 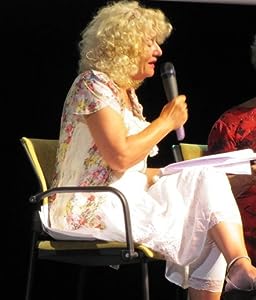 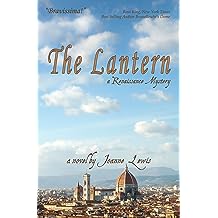 The Lantern, a Renaissance Mystery Dec 16, 2013
by Joanne Lewis, Amy Lewis Faircloth
( 70 )
$0.99
The Lantern, a Renaissance mystery, travels from modern day Miami, Florida to Florence, Italy and from the twenty-first century to the fifteenth century. Along the way, three lives intersect and collide with each other and with some of the most famous figures of the Renaissance including members of the Medici, Brunelleschi, Donatello and a young Michelangelo.
Read more
Other Formats: Audible Audiobook , Paperback 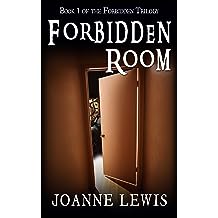 Forbidden Room: Book 1 of The Forbidden Trilogy Dec 16, 2013
by Joanne Lewis, Amy Lewis Faircloth
( 186 )
$0.99
Fifteen years ago, in a mansion on Long Island, fourteen-and ten-year-olds Sara and Davey “Soldier Boy” Goldstein discover their parents shot to death. Murder? Suicide? Was that Uncle Charlie running from the scene? The children refuse to speak to the police and the crime is never solved.

Flash forward to the present and Sara – now an adult and the heiress to a very large fortune - is accused of killing Uncle Charlie. Soldier Boy has disappeared.

New attorney Michael Tucker has few clients, yearns to be like his famous grandmother and cannot afford to move out of his parents’ home. When Sara hires Michael, he gets the chance to defend an innocent person, a beautiful lover and notoriety like his grandmother. But is it more than he bargained for? Is Sara innocent or is she really a murderer?

Forbidden Room, a murder mystery, begins in the courtroom on the last day of Sara’s murder trial. The foreperson reads from the verdict form. “In The People of New York vs. Sara Goldstein, the defendant is found….”

Sara awakens in a hospital room where she was taken after fainting. Michael is by her side. Court is in recess until the following day. The verdict has not yet been announced. Told from the points of view of both Sara and Michael, Forbidden Room unfolds in complicated layers until the verdict is pronounced and Uncle Charlie’s murderer is revealed.
Read more
Other Formats: Paperback 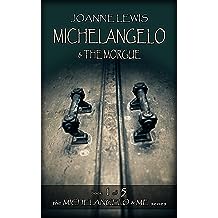 Michelangelo & the Morgue (Michelangelo & Me Book 1) Oct 3, 2013
by Joanne Lewis
( 16 )
$0.99
In 1492, during a time when the power of the Medici, the ruling family of Renaissance Florence, was growing weaker and a friar named Savonarola was burning vanities, a seventeen-year-old named Michelangelo was making a name for himself as an artist. However, he desired more lessons before he felt he could create the greatest sculptures and paintings. He yearned to carry out autopsies to learn about the inner workings of the human body in order to make his art come to life. Performing autopsies when not a doctor was illegal and punishable by death. Who would take that risk for him?
With little convincing, Prior Bichiellini and Arrigo the Medico dared to allow him to sneak into the Santo Spirito morgue each night. Michelangelo was shocked when he began to recognize many of the corpses who, it appeared, had been murdered—including his beloved best friend, Catarina. Was there a connection between these deaths? Did Savonarola have something to do with them? The Medici? Was Prior Bichiellini and Arrigo the Medico responsible? Did he dare risk his own life and try to solve the murders? Or, should he stick to what he knew best, creating art?
Most know Michelangelo as the creator of David and the painter of the Sistine Chapel. In Michelangelo & the Morgue, a historical fantasy novella, Michelangelo defies religious and political powers in order to find who is murdering the artists of Florence, learning along the way that the person actually responsible might just be himself.
Read more
Other Formats: Audible Audiobook , Paperback 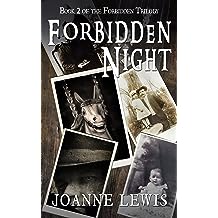 Forbidden Night: Book 2 of The Forbidden Trilogy Sep 14, 2016
by Joanne Lewis
( 6 )
$0.99
In the second installment of the Forbidden trilogy, it has been four years since attorney Michael Tucker defended Sara Goldstein, the Long Island heiress, against murder charges. Now she is suing him! As Michael comes to terms with his true feelings for Sara, he unwittingly uncovers the truth behind Uncle Charlie’s murder, as well as an unsolved murder from years’ past. By exploring the present and the past, Forbidden Night begins to decipher the mystery of the carousel horses, and answers the question: did Sara really kill Uncle Charlie?
Read more
Other Formats: Paperback 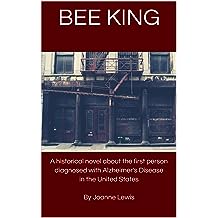 Bee King Jul 5, 2019
by Joanne Lewis
( 18 )
$0.99
Bee King is a historical mystery about the first person diagnosed with Alzheimer’s Disease in the United States. This novel takes place in lower Manhattan from the start of the Civil War until 1910. Just like the people who inhabited Five Points during the 1800s and the turn of the century, Bee King traverses the pentagonal streets where abolitionists battled copperheads, immigrants clashed among social, religious and political strife, and doctors and psychologists strained to help patients. Told in Five Points (sections), Bee King is dramatized through conventional literary devices as well as through newspaper articles, a manifesto, and other non-traditional tools.

William Henley and Noble Jennings have been best friends since they were in an orphanage together. As adults, Noble is charged with murder. William, a successful attorney, defends his friend using the novel defense of early on-set dementia. Bee King is a tapestry loosely told through the framework of Noble’s trial and from kaleidoscopic points of view.

The novel weaves together an ensemble of real and fictional characters that include Dr. Alois Alzheimer; Dr. Levi Solomon Fuller, the first black American psychiatrist; Peggy Fuller, a journalist who publishes her crime reporting under a male pseudonym; Sarah, a mulatto woman who cares for her brain damaged mother; Tammany Hall racists; Jenny Big Stink, a drug dealing fish peddler; Lonny Massacre, a serial killer; and more. Their struggles and successes intertwine to tell Noble’s story, as well as their own.

As vivid as the characters are in Bee King, lower Manhattan and the cultural and social history of five decades stand as three-dimensional characters on their own. Abraham Lincoln fights to end slavery. Immigrants volley to make livings in the narrow and crowded thoroughfares. Doctors must help patients without proper tools. Psychological breakthroughs have not yet arrived. The streets are alive, and they are glorious and dangerous. 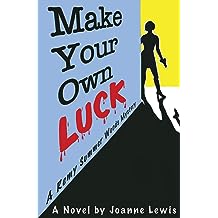 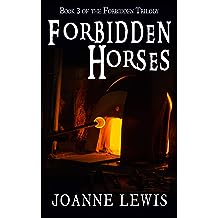 Forbidden Horses is the story of Oskar Glasman, born female but knowing his true identity was male, and his wife, Hedy. Glassblowers by trade, Oskar and Hedy navigate the deadly world of eighteenth century Austria while desperately trying to be true to themselves. With their beloved Countess Anna gone, they fight against the evilness of her husband, Count Franz, and the sadistic Father Mattheus. When Franz demands Oskar create a glass carousel in honor of Anna using unusual ingredients, Oskar reluctantly agrees. With the help of Wolfgang Amadeus Mozart and Hedy, Oskar creates the carousel horses that has survived for centuries and continues to live on today, fueled by the blood and tears of its creators.
Read more
Other Formats: Paperback 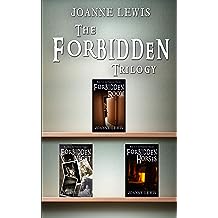 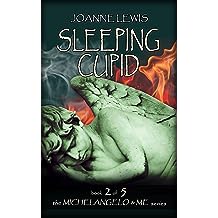 Sleeping Cupid (Michelangelo & Me Book 2) Sep 18, 2015
by Joanne Lewis, Teresa Bruce
( 3 )
$0.99
In Sleeping Cupid, the second book in the Michelangelo & Me series, Michelangelo’s believed-to-be lost statue narrates his journey from fifteenth century Florence, Italy until the present day where he lives in an attic in a sleepy Florida town. Chiseled by Michelangelo and then abandoned by him, over centuries Sleeping Cupid travels throughout Italy and to England where he is the subject of a deadly game at the hands of Peter the Great. Ending up in the United States, Sleeping Cupid helps a family learn the true value of life and love, no arrow required.
Read more
Other Formats: Paperback 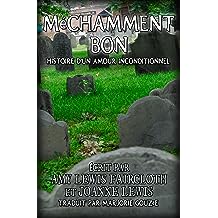 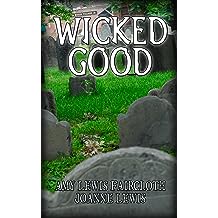 Wicked Good Dec 17, 2013
by Amy Lewis Faircloth, Joanne Lewis
( 47 )
$0.99
As her son Rory turns 16, Archer anticipates his breakdown. Her fears are confirmed when she receives a call that Rory is drunk at school. His behaviors escalate and lead him to his biological mother. As Archer joins Rory on his journey toward self-knowledge, she learns that neither she nor Rory need to be victims of his dual mental health diagnosis of bipolar disorder and Asperger's syndrome.

Archer and Rory live in a small town in Maine. Rory has been a difficult child since he was adopted by Archer and her now ex-husband, Wayne. Archer's life had been hijacked by Rory's needs while Wayne chose to leave the relationship and Maine for several years. Archer has felt victimized by Rory's disabilities and blames them for her inability to date, to pursue her career and other interests. Rory acts several years younger than his chronological age. He is charming, sensitive to everyone except his mother, stubborn and literal. When he gets it in his head to meet his biological mother, nothing can stop him. He even gets on the highway from Maine to Massachusetts on a riding lawn mower going five miles per hour. When Archer decides to accompany him on his journey, it becomes her journey as well.

Wicked Good is full of rich characters with whom you will cry, hope, laugh, and cheer. Rory is a character not seen in other novels, every action and thought a contradiction. For example, he is concerned about the safety of the squirrels in his garage yet brutal in his quest toward self-identity and independence. Rory's discoveries about his birth parents and himself leaves him and Archer hopeful in their knowledge that no matter where life takes them, they will always have unconditional love for the other.
Read more
Other Formats: Audible Audiobook , Paperback , Mass Market Paperback