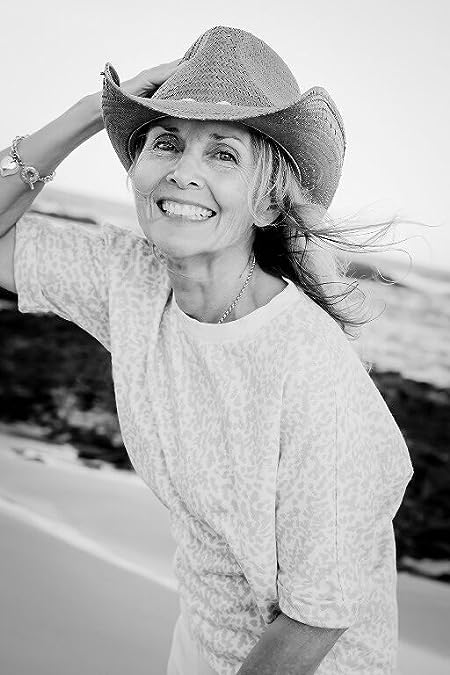 Joanne Verikios grew up in Queensland, Australia, the eldest of three children and the only one who dreamed of a life with horses. Her childhood was full of adventure. Joanne graduated from university with an Honours Degree in Russian and rose to the senior ranks in the federal public service before reinventing herself as a businesswoman and author.

Other life highlights included founding and running the Highborn Warmblood Stud for 16 years, breeding an elite stallion, twice representing Australia in the sport of Powerlifting and receiving Honorary Life membership from the Australian Warmblood Horse Association (AWHA). As an author, Joanne was honoured when her first book won an international award for Sports Non-Fiction and rated a 5 Star Review from Readers' Favorite and other readers.

In her travels as a judge and Warmblood classifier, Joanne sees some fine horsemanship. She also empathises with those who love their horses and have beautiful dreams, but who lack the knowledge to keep them safe, let alone achieve the success they desire!

Building a fulfilling relationship with a horse is something Joanne believes every horse lover can pursue and attain. Joanne's mission is to engage with people on the path that she has already navigated. She loves sharing her wisdom with those who have passion, yet do not know how to progress.

"Winning Horsemanship" by Joanne Verikios is the book your horse wants you to read! If you would like more information, you will find it at www.winninghorsemanship.com. Joanne would love to see you there! 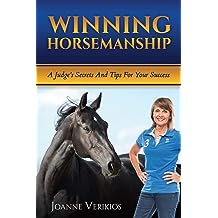 Winning Horsemanship: A Judge's Secrets and Tips For Your Success Jun 1, 2016
by Joanne Verikios
( 1 )
$7.99
Learn how to cultivate and hone that winning edge.

Have you ever dreamed of taking your horsemanship to the next level; have you ever left the arena thinking you could have done better - or wondering why you didn't? International author, horse riding champion and judge Joanne Verikios shares her years of expertise and experience in this insightful book. Winning Horsemanship will show you how to achieve the success you desire and deserve. Learn how to master yourself, your horse and the secrets of winning!

You will discover:
- How to double your enjoyment of your horse... in and out of the arena
- Tips and secrets of successful ring craft used by top trainers and riders
- How to avoid painful, costly mistakes that can hold you back - or get you hurt
- The psychology of confidence (and how to share it with your horse)
- How simple changes in what you think can change the way your horse behaves
- 7 proven steps to prepare your horse for any competition
- Subtle ways to take control and say goodbye to poor performance forever

Have more fun with your horse.
Read more
Other Formats: Paperback