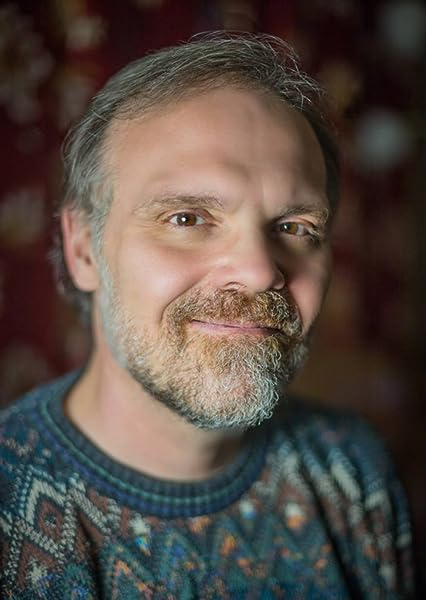 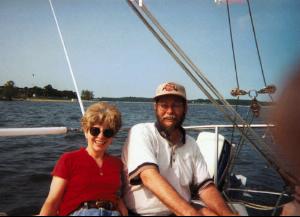 John Patrick Diggins is Distinguished Professor of History at the Graduate Center of the City University of New York. He is the author of numerous books, including On Hallowed Ground, The Proud Decades, The Lost Soul of American Politics, The Rise and Fall of the American Left, and Max Weber: Politics and the Spirit of Tragedy. He lives in New York City.

Our second president has captured the interest of many in the past several years due primarily to distinguished historian David McCullough's masterful biography, also titled JOHN ADAMS (2001). Diggins's smaller work, an entry in The American Presidents series, under the editorship of Arthur M. Schlesinger, Jr., is short on biography and long on political philosophy. Adams was a tireless writer, and Diggins sees his politics as studied, coherent, and consistent, unlike those of Thomas Jefferson, a leader whom Diggins strongly criticizes. Richard Rohan has the thankless task of bringing to life a dry narrative in which personality is scarcely featured. He contents himself with a straightforward reading. D.R.W. © AudioFile 2004, Portland, Maine-- Copyright © AudioFile, Portland, Maine

Start reading John Adams on your Kindle in under a minute.

Daniel Putman
4.0 out of 5 stars John Adams - political and philosophical foundation
Reviewed in the United States on October 26, 2016
Verified Purchase
As usual and expected for this series, this is not nearly a full biography of Adams. But it does have something that the full length biographies by McCullough and Ferling do not have. Diggins goes much more into the philosophical and political writings of John Adams and spends quite a bit of space explaining how they relate to Adams’ political actions and his presidency. That is a plus for the book. The downside is that the narration of Adams’ presidency and the overview of his life before and after does not flow well in places. I thought in some sections the exposition of Adams’ political and philosophical views was unnecessarily detailed. However, it depends what you are looking for. I read both McCullough’s biography as well as Ferling’s and highly recommend both. If the reader is looking for the theoretical underpinning of Adams’ actions, including why some Jeffersonians thought he wanted a U.S. monarchy, then this is the book. But the narration in the book is frequently broken by explanations of Adams’ theoretical writings.
Read more
2 people found this helpful
Helpful
Comment Report abuse

Ricardo Mio
5.0 out of 5 stars A Penetrating Analysis
Reviewed in the United States on November 11, 2015
Verified Purchase
John Adams was one of America’s greatest statesmen--and one of its worst politicians. Adams was many things—bold, stubborn, a deeply profound thinker, fearless, vain, honest to a fault, indiscreet, and naive. It was his naivety that caused him tremendous heartache, and ultimately re-election as president. “John Adams” by John Patrick Diggins, is number two in The American Presidents series. Though relatively short (176 pages), it’s an insightful character study, first-rate history, and a think piece. Mr. Diggins may be a liberal, but I place him beside conservatives Garry Wills and Forrest McDonald as among our most penetrating writers of Early American history.

It’s debatable whether or not there would have been an American Revolution without the presence of John Adams at the Second Continental Congress. He berated fellow delegates day and night until they stepped up and declared what they believed in their hearts. It was Adams who picked Thomas Jefferson to draft the Declaration of Independence because, he said, the Virginian was a better writer. It was Adams too, working in conjunction with Benjamin Franklin and John Jay, who negotiated peace with England thereby assuring American independence. And it was Adams who negotiated three crucial loans with a consortium of Dutch financiers that kept the young republic financially afloat until the federal government took charge and made provision for the crushing war debt. Among the glittering array of Founding Fathers, we sometimes forget just how popular and well-respected Adams was in his time. In the 1789 election for president, Adams was runner-up to George Washington. Eight years later, in 1796, when Washington stepped down, Adams was elected over Jefferson to the highest office in the land. Ironically, it was as president that Adams’ considerable reputation began to erode.

Why Adams’ reputation did erode is mostly the subject of Diggins’ book. The author places much of the blame on Thomas Jefferson, who secretly orchestrated a savage newspaper campaign against him, labeling Adams a closet monarchist who favored the aristocracy. Jefferson leveled much the same charges against Alexander Hamilton, but the New Yorker orchestrated an equally savage newspaper campaign in retaliation. Adams had no stomach for such a fight, and naively believed that the facts would prevail over an obvious smear campaign. How wrong he was. The author makes the point that politics has no time for facts. “Many of those who voted against him accepted ‘word against evidence’ and thought they were ridding America of a monarchist, when they were actually deposing both a moralist and a modernist.” The author also places a fair amount of blame on Adams himself. Unlike Washington, Adams was not a consensus builder. He preferred working in isolation and rarely asked his cabinet for advice. On occasion he would take off for his home in Braintree, Massachusetts and be gone weeks and months at a time, leaving his cabinet in charge of the government. Adams also bore grudges instead of trying to shed them. He held one of his biggest grudges against Hamilton who, the author points out, had a great deal in common with Adams both politically and philosophically (they both advocated a strong federal government, favored a central bank, were against slavery, and were admirers of Scottish philosopher David Hume). One can’t help but think that had Adams buried his pride and made Hamilton a confidant—as Washington had done— his presidency would have proceeded more smoothly and he would have been reelected. As it was, nothing seemed to go well: the XYZ Affair, the “Quasi War” with France, the Alien and Sedition Acts—all hurt Adams politically. Even so, in the 1800 election, Jefferson barely squeaked out victory.

Years later, after Jefferson had left office, the two buried the hatchet and began exchanging letters. However, Jefferson never could explain why he had labeled Adams a monarchist. In the turbulent 1790s, the Virginian cited Adams’ writings as the source, particularly his “Discourse on Davila.” John’s wife, Abigail, defied Jefferson to provide evidence, to cite exactly where it was Adams had written such nonsense. The Virginian had no answer. Had he been truly candid, Jefferson would have told Adams the election had not been about whether or not he was a monarchist; it had been about power. Adams had the power, and Jefferson wanted it. Five stars.

Robert B. Lloyd
5.0 out of 5 stars One of the best books in the series
Reviewed in the United States on July 17, 2019
Verified Purchase
I found this book to be a good, challenging read that deeply explores the presidency of John Adams. I enjoyed especially how the book digs deeper into his political philosophy, and contrasts his ideas with those of Jefferson. The book furthermore details how Adams was ahead of his time, and in some ways he more accurately predicted how things would work out in the country. This is a book that could be read several times as it is deep and meaty, with many things to consider and explore
Read more
Helpful
Comment Report abuse

Mike Baker
3.0 out of 5 stars Obviously Biased but well done
Reviewed in the United States on August 12, 2017
Verified Purchase
The author was obviously biased in regards to the Adams and Jefferson conflict, as well as Adams time as president, however you can't deny how important Adams was to the revolution and the founding of America.

Adams wanting to install Plato's idea of an aristocracy is nice on paper, but so are all centralized forms of government.

Either way, good take on his life and presidency, just make sure you recognise when the author is defending as opposed to educating.

michael Billington
4.0 out of 5 stars Fine addition to an excellent series
Reviewed in the United Kingdom on February 24, 2013
Verified Purchase
This book is part of the American Presidents Series and is a fine addition. More critical than the biography written by David McCullough provides a good starting point for those interested on Adams' one Term Presidency.
Read more
Report abuse
See all reviews