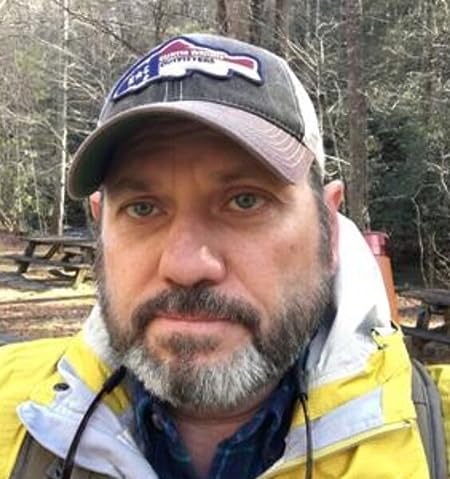 About John B. Marek

John B. Marek is an award-winning essayist and storyteller whose distinctive writing style combines elements of both forms, imbuing his nonfiction work with a storyteller's flair and his fiction with the keen observations of an essayist.

An avid outdoorsman, gardener, and dog parent, much of John's recent writing - both fiction and nonfiction - focuses on themes of nature, rurality, and self-reliance. His older work deals more broadly with quality of life, work, and place.

John has published six books; the essay collections Secrets of Neighborhood Marketing (2006), Breakfast at Midway (2008), Ben and the Art of Lawnmower Maintenance (2018), and Such Is Life in Vacationland (2022), and the short-fiction collections The Bug Jar and Other Stories (2016) and Ocean of Storms (2019). Two of his short stories, "Bandito" and "'Esque," from those collections won Anson awards for Best Adult Fiction.

John's work has also appeared in such diverse publications as the Charlotte Business Journal, Statesville Living, Business North Carolina, N.C. Outdoors, the Triangle Business Journal, and Site Selection. His Field Notes column, offering a unique blend of humor, nostalgia, curiosity about how things work, and life lessons, is made available to more than 3,000 registered readers weekly through his partnership with the Speckled Paw Coffee chain. (www.speckledpawcoffee.com)

John grew up on the shores of Lake Erie near the town of Port Clinton, Ohio, graduated from Bowling Green State University with a degree in Business Administration, and settled in Northwest Ohio, where he held management positions in retail, technology, and manufacturing from 1986 to 1994.

In 1995, opportunity called him south to the Charlotte, North Carolina, area where he has worked for the past two decades as an advisor to industry, local economic developer, and statewide advocate for rural issues.

In 2020, John partnered with New Beginnings Moravian Church to launch a faith-based community garden where he and a team of volunteers demonstrate sustainable small-scale horticultural techniques while providing fresh produce for the food-insecure of the community.

John lives in Huntersville, North Carolina, with his wife Janet and their rescue dogs Laika and Millie. Contact him at johnbmarek@gmail.com.

Titles By John B. Marek 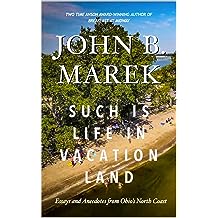 Such Is Life in Vacationland: Essays and Anecdotes from Ohio's North Coast May 22, 2022
by John B. Marek
( 2 )
$6.00
In this newly curated and edited collection of "Field Notes" columns, Anson award-winning author John B. Marek offers an evocative glimpse into his early years growing up on Ohio's Lake Erie coast. With his trademark mix of humor, nostalgia, curiosity, and life lessons, he crafts a compelling picture of life in a tourist town during the '60s and '70s. From thoughtful essays on the transcendent nature of friendship, work, and mortality to a piano-playing chicken and a discussion of pre-historic cooking techniques, you never know what lurks on the next page... or in the green-black depths of the Sandusky Bay.
Read more
Other Formats: Paperback 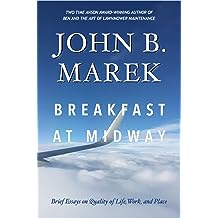 This second edition of Breakfast At Midway combines the best of the original book with newer essays, anecdotes, and articles relating to quality of life, work, and place. Many of these are published in print here for the first time, while several have previously appeared in publications such as the Charlotte Observer, Raleigh News & Observer, Business North Carolina, Chamberlines, the Charlotte Business Journal, and Business View. Taken as a whole, they offer unique insight into the interconnected worlds of corporate business development and economic development. 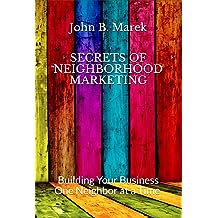 Secrets of Neighborhood Marketing: Building Your Business One Neighbor at a Time Nov 23, 2020
by John B. Marek
$6.00
If you are looking for new and creative ways to market your small business, this book is packed with proven, inexpensive techniques that you can use today.

Seeing an opportunity to reach a broader audience who could not attend one of my presentations in person, I recorded and transcribed the seminar. With a little editing, that became the 2006 "stand-alone" version of 7 Secrets of Successful Neighborhood Marketing I sold through 2010.

By 2010, technology-driven shifts in the nature of sales and marketing made that book seem dated, if not obsolete, and I discontinued it. Recently, though, I picked it up again and looked at it with fresh eyes. The fundamental principles upon which the book and the Neighborhood Marketing concept, in general, were based are still sound, even if some of the methods of implementation were a little "analog." I spent a few hours cleaning up some of the more egregious references to software that no longer exists and printing and distribution methods that no longer make sense. I am republishing it as an ebook, Secrets of Neighborhood Marketing.

Despite the modernization, it is still very much an "old school" book. Social media is only briefly mentioned, and websites and email marketing are covered in very basic terms. There is an anecdote about a "car phone" promotion that is sure to make anyone under the age of 30 scratch their head. In other words, if you are looking for a book on cutting edge internet marketing, this is probably not the direction you want to go. But, if you are seeking a powerful framework for building your business through low-cost, high-impact techniques that turn neighbors into customers and customers into fans, I believe there is still a lot of life in these old bones. 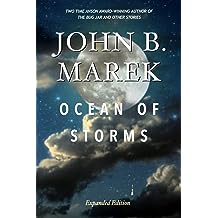 Ocean of Storms: Expanded Edition Nov 18, 2020
by John B. Marek
$3.50
Ocean of Storms is a short-story collection featuring a literary triptych of related stories: "The Age of Rockets" tells a mysterious tale of the 4th of July storm of 1969; "Moonnight Laika" offers a different perspective on the first crewed lunar mission; and "The Wreck" brings the story full-circle as a fisherman happens upon an alarming discovery. The Expanded Edition includes three new stories: "Day Game" recounts a magical baseball experience at the end of the daylight era; In "Bittersweet Gypsum," an aging man's walk in the woods brings him face-to-face with a past he'd rather forget; and the Anson award-winning "'Esque" is a surreal trip into the anxious mind of a young college student.
Read more
Other Formats: Paperback 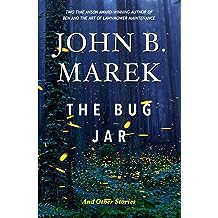 The Bug Jar and Other Stories Nov 18, 2020
by John B. Marek
$3.50
A young boy running an errand for his harried mother, a desperate office worker having a drink after work, a father-daughter outing in the woods, an innocent meet-cute at the gym, and a volunteer fire department practice burn. These are the mundane, yet subtly dark tableaus award-winning writer John B. Marek invites you to visit in this collection of short fiction. The stories in this collection were written over the twenty years between 1995 and 2015. The oldest, “Bandito,” was originally the first chapter of a supernatural suspense novel. It won the 2016 Anson County Writers Club prize for Best Adult Fiction, John’s first literary award. The most recent piece in the collection is an essay that provides some interesting background about John’s family and working-class life in small-town America in the 1970s.
Read more
Other Formats: Paperback 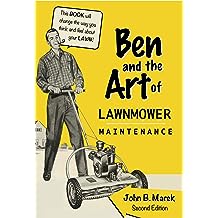 Ben and the Art of Lawnmower Maintenance: Second Edition Nov 18, 2020
by John B. Marek
( 1 )
$6.00
The average American spends 70 hours per year, the equivalent of nearly two full work weeks, on lawn and garden care. For some, lawn care is an onerous task, grudgingly accomplished, and for others, it is a source of personal pride and accomplishment. Over the past four decades, author John B. Marek has variously and intermittently fallen into both camps. In Ben and the Art of Lawnmower Maintenance, he weaves humorous personal anecdotes with fascinating historical facts and recounts his father's homespun wisdom alongside insight gained from his own suburban homesteading experiences.
Read more
Other Formats: Paperback 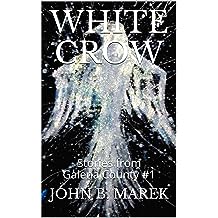