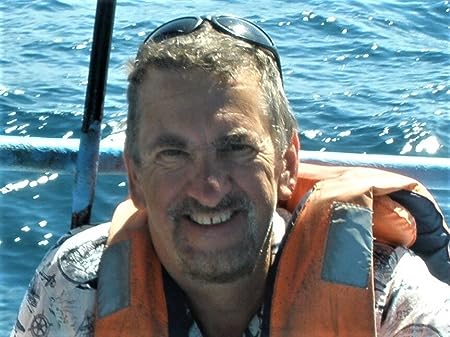 John Brookland is an animal welfarist, and amateur historian. He authors two popular blogs: animalrightsandwrongs.uk and animalrightsandwrongs.com with a monthly worldwide readership of thousands. He has written seven books on his exploits helping animals, also on social history and a book on the war horses of World War One. During his long and varied career, which has taken him round the world, he has unfortunately witnessed most of the horrors of animal cruelty there is to see and has gained extensive insight into most animal welfare issues which he uses to write his blogs.

He is now retired and still travelling the world with his partner to view wildlife and wild places before they and he disappear. 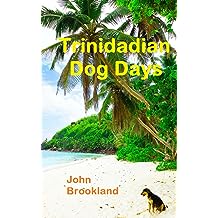 Trinidadian Dog Days Sep 22, 2014
by John Brookland
$6.50
This is a travelogue, an adventure and a wildlife book all rolled into one.
Two twenty-one year old Englishmen are sent to Trinidad in 1972 by a strange religious sect to help the street dogs of Port-of-Spain and become involved in an escapade so bizarre you couldn't make it up.
They arrive at the end of a State of Emergency in a country split by political and economic unrest, with drugs and guns in their luggage, and no visas or work permits. Put up in a house of 'ill repute' and feted by the Mayor, who embroils them in his re-election, they soon become headline news and eventually upset the Government.
Meanwhile, unable to start the job they had been sent to do, they spend several adventurous months absorbing Trinidad life, and exploring the jungles and deserted beaches, experiencing wildlife encounters and near tragic situations in the process.
Read more
Other Formats: Paperback 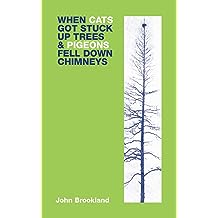 When Cats Got Stuck Up Trees & Pigeons Fell Down Chimneys Jan 29, 2013
by John Brookland
( 2 )
$4.93
1972: LATE EVENING, LONDON, ENGLAND.
A cat is stuck in a drainpipe in Soho; a dog is impaled on railings in St. James's Park; a deer is being swept along under Tower Bridge by the tide; a cat is in danger of falling from the top of one of the tallest trees in London; a dog has its paws trapped in an escalator at King's Cross Station: WHO ARE YOU GOING TO CALL?
Well, back then all Londoners called upon the expertise of the true fourth emergency at the time: the RSPCA London Night Emergency Service. This small specialist unit was based in Piccadilly and for nearly 50 years came to the aid of animals in distress all over Greater London.
This book will enthral you; make you laugh; amaze and inform you and give you an idea of what it is like working at the sharp end of animal welfare.
Accompany the author as he rushes across London attending exciting, bizarre and sometimes tragic incidents and meet the quirky and helpful characters who lend him a hand.
Experience the rescues first hand often alongside the London Fire Brigade and be humbled by the stoicism of the trapped and injured animals. Discover why animals got into trouble and learn how to handle and give first aid to them. Pay a nostalgic visit to 1970's London and the places and landmarks now long gone or changed beyond recognition.
Read more
Other Formats: Paperback