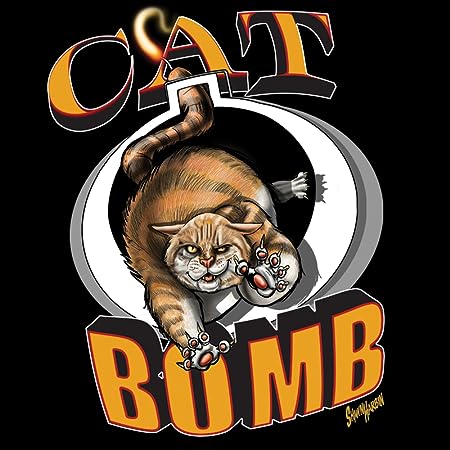 Born in a ditch beside a busy highway, John Dawson Jackson never knew his parents. Taken in by wealthy philanthropists Mr. and Mrs. Cornelius Elmo Jackson, he was trained from the age of two in classical piano. A horrible accident left his arm damaged, ending his dream before it began. He was forced to undertake control of his adopted father's oil business, a company that allowed him to travel the globe and explore the far reaches of civilization. As he studied the ancient carvings of the Mesopotamians, he realized just how much of our history has been covered up by powerful people. These findings have been collected into his new novel The Relics.

Or maybe that isn't true at all. Maybe this is true...

John Dawson Jackson is an independent author based out of the Knoxville, TN, area who has a broad spectrum of interests. Predominantly, his novels integrate the genres of fantasy, history, and horror with intriguing mind bending qualities. All of his works are based in the supernatural and exist within the same universe- a sometimes frightening, but always exhilarating place where Jackson enjoys playing with the interconnectivity of what is real, myth, and rumor. 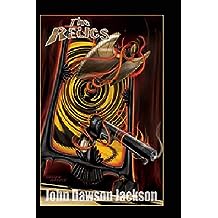 The Relics Nov 11, 2018
by John Dawson Jackson
( 3 )
$2.99
“Many men have spoken, but no one was listening. How do you know those fiction books on the shelf are untrue? You were told, but have you ever asked Mary Shelley herself or Bram Stoker where they got the ideas? No, because they’re long gone. The writers of history are the rulers and politicians. Do you think they want the common man to know that evil, real pure devilish evil, is right behind the door? The rules of man would crumble. Society would break down. Fear is the greatest evil and yet the most reliable. It’s the work of the wicked. The Salem Witch Trials, the Holocaust, the Inquisition, they all came about because of fear.” --Samuel

This is the story of several protagonists from different parts of the world and different times in history as their lives intersect after their exposure to the relics, a collection of weapons and objects that have been around since the dawn of time, always there to shape the course of man, objects that can be used for good or evil depending on the owner. Milo Culper, Jr. faces his father’s killer in New York City after inheriting his vicious axe. Killian Lynch must battle his way from Ireland to America in hopes of freeing himself once and for all from the clutches of the mysterious Pendulum, a group that just might be plotting the end of the world, all while caring for the legendary Looking Glass. The enigmatic hunter must fight his way through the Appalachian Mountains through an army of what he calls story-folk—creatures that just shouldn’t exist in the world—using Doc Holliday’s pistols. And Abigail Williams, the girl who brought down Salem, must learn to cope with everlasting life and a seemingly never-ending war of wits with Jack the Ripper, hoping to claim his Philosopher’s Stone before he can kill again.
Read more
Other Formats: Paperback 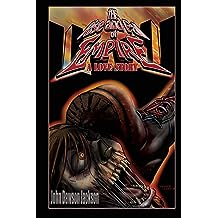 The Rise and Fall of Empire Aug 24, 2018
by John Dawson Jackson
( 7 )
$2.99
The Rise and Fall of Empire is the exciting and humorous tale of the untrustworthy Jason Silver, a high school senior with a mysterious job and strange friends. He is smart, though not living up to his full potential, but the new girl in town doesn't seem to mind. Is it true love or just another trist? As an ancient evil takes shape in the form of Jason's best friend, the dead begin to rise and the town begins to fall. Jason may just be the answer to the demon threatening the quarantined city. As events unfold, the town's situation becomes more dire as the zombies become more and more disturbing and are joined by a demon queen--not to mention sniper assassins and a meeting with the new girlfriend's father. Amidst the turmoil, Jason reveals himself to be a part of the Circuit, a group of specialists who trade cash for the adventure of a lifetime. Friends become lovers, enemies, and some just might not make it out alive.

"When the dead rise again, you can trust cocky wise-cracking Jason Silver with your life...but not with your sister!"
Read more
Other Formats: Kindle , Paperback 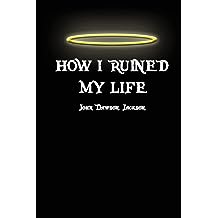 How I Ruined My Life Aug 10, 2018
by John Dawson Jackson
( 3 )
$2.99
Who could possibly describe the misery you're about to read better than the narrator himself? From the beginning of the book:

"I’m an idiot. That about covers it. I’m also a huge jerk, just a giant bag of worthless matter. After years and years of trying, I’ve finally managed to screw up my life completely. My mom always said not to give up. My dad always said, “Shut up and go to bed.” I tried to go with my mom’s advice on this one, but I still completely ruined my life. This is not one of those stories where the guy thinks things are bad and then they get better. I’m not going to learn some big lesson at the end or realize the profound truth of living. Don’t believe me? Skip to the last page and read. Go ahead. I’ll wait. Dare to be different and read the last page. There you go. See? There is no hope for this story, no happy ending. If you can’t handle seeing a pretty decent guy destroy everything and everyone around him because of his own stupidity, stop reading now. I won’t be offended. But, if you like that kind of thing because deep down you’re a sadist, then let’s keep on keeping on. This is the story of how I met the world’s most perfect girl, and how I royally messed it up. Enjoy."
Read more
Other Formats: Paperback 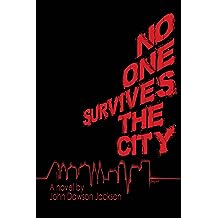 No One Survives the City Sep 19, 2015
by John Jackson
( 1 )
$1.99
Castigation is a dangerous place. No one knows that better than the characters of this true revenge tale. Waking up in the middle of an alley near death, disfigured, angry, the nameless narrator must decide who deserves the ultimate punishment. In a city that no one survives, one must discover not only who is guilty but who is just guilty enough. Torture, pain, and an ending you'll never see coming, this book has it all.
Read more
Other Formats: Paperback 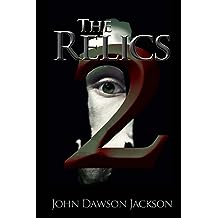 Milo and Killian attempt to free themselves from the madness David Wormwood left behind, but they quickly find themselves searching for the answer to an unknown riddle, something that has to do with a cult and the saying, “In the land of the blind, the one eyed man is king.”

The hunter is back from hell with the love of his life Laura, but has he really escaped the clutches of the demonic forces he sabotaged? He’ll find out somewhere in the bayous of Louisiana and inside the pages of a legendary book.


John Dawson Jackson returns to the first book of his career with new stories, new characters, and plenty of bloodshed. If you were a fan of The Relics, prepare to be amazed!
Read more
Other Formats: Paperback 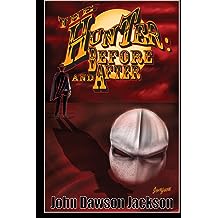 The Hunter: Before and After (The Relics) Jul 13, 2013
by John Jackson
( 2 )
$1.99
After the terrible events of The Relics, the hunter must face not only a new evil, but the very decisions he made throughout his life. Racing against time, he must follow Dante Alighieri's path through the seven circles of Hell to save Laura, the girl he loves, from a fate worse than death. Near the end of his adventure, he has to wonder if he is the cause of all the misery in his world...

When a man walks alone, does his past follow with him?
Read more
Other Formats: Paperback