John Dewey's Ethics: Democracy as Experience and millions of other books are available for Amazon Kindle. Learn more
Share <Embed> 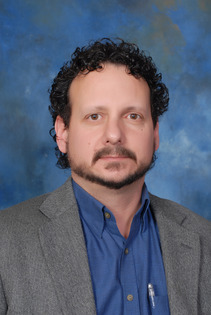 . . . an extensive and pioneering elucidation of John Dewey's ethics. [The author] thoughtfully articulates Dewey's quest to bring qualitative experience to the forefront of moral thought. Pappas' new book is a grand contibution to the chronicles of Deweyan thought.Vol. 35.1 Spring 2008

[This] book is impressive in scope and accomplishment. Pappas draws on the entire corpus of Dewey's work to reconstruct Dewey's mature moral philosophy and convincingly shows that Dewey's view is not only distinct and defensible philosophically, but vital for dealing with contemporary real-world concerns.

[A] sporting analogy for ethics reinforces Pappas's essential point, that the best ethics for democracy emerge on the playing fields of experience. John Dewey's philosophy articulates that promise, while Gregory Pappas's work marks the maturing of the awareness of its relevance for modern democracies in search of themselves.44.1 Feb. 2010

John Dewey, perhaps the most prolific figure in American philosophy and pragmatism, is roundly considered deficient with respect to ethics. Pappas (Texas A&M) addresses this misconception by demonstrating that ethics is the organizing center of Dewey's entire philosophical approach. . . . This book handles Dewey's disparate texts and broad research adeptly, and focuses on the issues of experience and experiment in a holistic treatment of pragmatic ethics. Summing Up: Highly recommended. Lower-level undergraduates through faculty/researchers; general readers. February 2009

Gregory Pappas gives us a Dewey whose emphasis on the qualitative aspects of experience has the power to greatly enrich contemporary debates about ethics and democracy. . . . This well organized and carefully argued work will surely take its place among the most influential studies of Dewey's philosophy.

"Gregory Pappas gives us a Dewey whose emphasis on the qualitative aspects of experience has the power to greatly enrich contemporary debates about ethics and democracy. . . . This well organized and carefully argued work will surely take its place among the most influential studies of Dewey's philosophy." --Larry Hickman, The Center for Dewey Studies

Gregory Fernando Pappas is Associate Professor of Philosophy at Texas A&M University. He is the author of numerous articles on the philosophy of William James and John Dewey. He has been the recipient of a Ford Foundation Postdoctoral Fellowship as well as the William James and the Latin American Thought prizes by the American Philosophical Association.

Start reading John Dewey's Ethics on your Kindle in under a minute.

David Hildebrand
5.0 out of 5 stars A Major Contribution to Ethics and American Philosophy
Reviewed in the United States on May 10, 2010
An excellent, carefully researched, and deeply humane study of Dewey's ethics intended to fill a significant gap in Dewey scholarship. Pappas is persuasive and articulate in making the case that the legitimate starting and ending point for any philosophical investigation is everyday concrete situational experience. Pappas's book will not only help the reader to better understand Dewey's ethics, it also sets up Dewey as an important challenger to other ethical approaches, both within and outside of philosophy.

Above all else, Pappas helps a new generation of readers to see what many have already seen: how Dewey used philosophy to make a reasonable case for a way of life that would be both democratic and good, moral and aesthetic. Very, very highly recommended.

Steven Fesmire
5.0 out of 5 stars Ethics in medias res
Reviewed in the United States on January 7, 2015
Pappas's uniquely comprehensive analysis goes straight to the heart of Dewey's moral philosophy: The starting point of deliberation is a problematic situation. We reach for our toolbox of principles and ideals not to deduce the right thing to do, but to help us attend more perceptively and responsively to situational factors. This book is essential reading for anyone who endeavors to understand how moral philosophy and practical ethics can help us to become more imaginative and responsible.
Read more
3 people found this helpful
Helpful
Report abuse
See all reviews