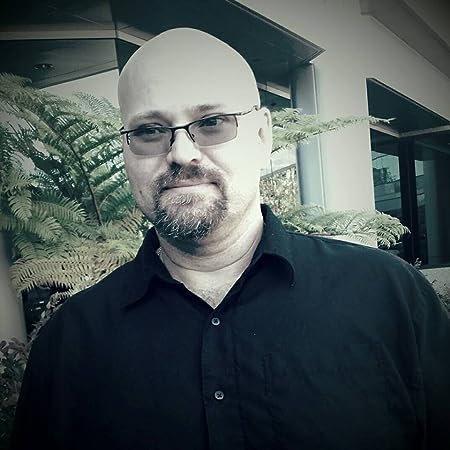 John Harrison is a talented fiction writer that has the remarkable ability to convert even the most mundane occurrence into something fantastic, no matter the setting or environment.

Recently on http://Twitch.TV/HoHPresents, he started to take some friends on an epic adventure in a streamed role-playing system of his own design, Darque World. The stream on Twitch every Sunday at 7 PM PST. Feel free to join them!

All of his works can be found where ever fine books are sold, but may also be purchased online and in some of the seedier book dealers as well.

He has two series available for perusal and is working on several stand-alone projects because an author cannot live off of the idolatry of a few series.

Shadow Flight - Soon to be released

Whispers Through the Veil

The Poetic Sounds of Lyrics and Stories 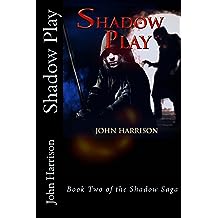 Shadow Play: Book Two of the Shadow Saga May 27, 2016
by John Harrison
( 8 )
$3.95
Shadow Play is the spellbinding continuation of the story started in Shadow Dance. This second book of the Shadow Saga carries the adventure to a whole new level of danger and intrigue! The next steps of the prophecy are moving toward fruition and the world hangs in the balance.

Dark forces reveal their plots as the forces of good struggle to uncover them. At each turn, those aligned with light are cut off from their own and lost in the chaos that surrounds them. With Aras's death, only his wife and the future heir to the throne are left to combat the growing darkness.

Within all of this, Namir and his friends find themselves consumed by enemies, burdened by woes and thrust into the fray against their will. Namir must find the courage to face those who would stop him from fulfilling his fate. All the while, his best friend, Nurn, searches valiantly to find his missing brother.
Read more
Other Formats: Audible Audiobook , Hardcover , Paperback 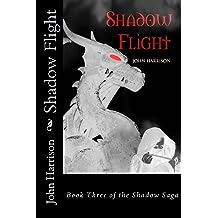 Shadow Flight: Book Three of the Shadow Saga Oct 28, 2017
by John Harrison, Perry Louie, Camille Wright
$3.92
The darkness makes itself known to Namir and his friends in harsh ways. Things are never what they seem and those struggling to survive find it even harder. Threats, like death, come unannounced.

Although the search for Halin nears its end, Nurn and Jerine still have hardships to face. Meanwhile, Hessa and Aves face a different kind of threat. All the while Namir finds new challenges in his quest to obtain his birthright.
Read more
Other Formats: Audible Audiobook , Hardcover , Paperback 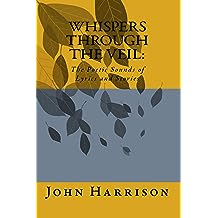 Whispers Through the Veil: The Poetic Sounds of Lyrics and Stories Nov 15, 2014
by John Harrison
$0.99
Whispers through the Veil is a series of poems and prose that have been compiled from John Harrison's personal writings to rekindle the collective imagination of the world as well as to give insight into aspects of life that people do not always consider on a day to day basis.

The third book, The Poetic Sounds of Lyrics and Stories, is dedicated to the way words and sounds play across our skins and senses as we hear them.

Please take some time and listen to the thoughts that are whispered from the other side of the veil of consciousness and drink deeply of the Healing properties that you may find there.
Read more
Other Formats: Paperback 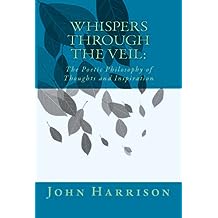 Whispers Through the Veil: The Poetic Philosophy of Thoughts and Inspiration Oct 20, 2012
by John Harrison
$0.99
Whispers Through the Veil is a series of poems and prose that have been compiled from John Harrison's personal writings to rekindle the collective imagination of the world as well as to give insight into aspects of life that people do not always consider on a day to day basis.

These two ideas marry well together because on occasion thought can lead to inspiration and vice-verse. Many times a bolt of inspiration forces us into deep thought, while other times great thoughtful discussion cause us to leap whole heartily into the bolt of inspiration that hits us from the blue.

That is what happened with this book. It was through a well thought out discussion that I was inspired to split the original book into the more digestible chunks that you have here. So please enjoy this excursion into the recesses of my mind.
Read more
Other Formats: Kindle 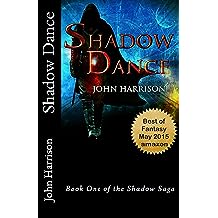 Novelist John Harrison has captured the feeling of adventure in this new novel set in a dark time. A prophecy cast from the dawn of time is coming to be fulfilled in a time when almost all hope of salvation is lost.

The lands are in chaos and everyone is trying to survive. The last queen was slain through treachery and decades have past since there has been any form of solid rule in Cennicus. In the interim the races have split from one another and are amassing for a war that threatens to consume them all. This is a time of legends and need.

Somehow wrapped up in it all is one boy searching for his past and the keys to his future. Namir and his friends valiantly search out vestiges of his father’s past…a trek that may lead them into the very heart of darkness itself.

This is the first book of the Shadow Saga, a must read for any fantasy enthusiast. Join with us as we explore the darkness that is Cennicus.

Will they lead us to salvation?

Or deeper into the very darkness we seek to escape?
Read more
Other Formats: Audible Audiobook , Hardcover , Paperback