Add to Cart
$30.95
& FREE Shipping on eligible orders. Details
Sold by: Amazon.com
Have one to sell?
Sell on Amazon 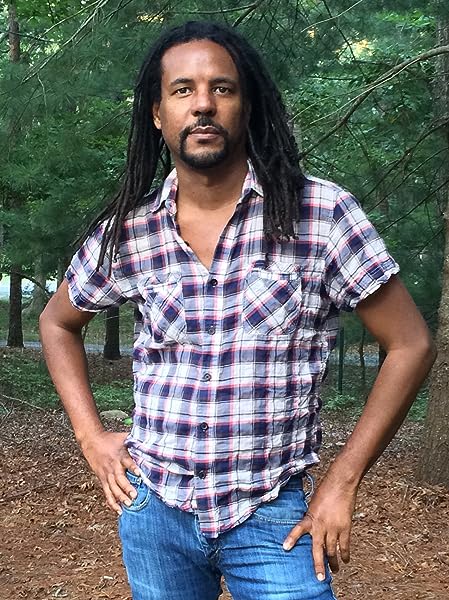 Start reading John Henry Days on your Kindle in under a minute.

4.1 out of 5 stars
4.1 out of 5
77 global ratings
How are ratings calculated?
To calculate the overall star rating and percentage breakdown by star, we don’t use a simple average. Instead, our system considers things like how recent a review is and if the reviewer bought the item on Amazon. It also analyzes reviews to verify trustworthiness.
Top reviews

Gregory Alan Wingo
5.0 out of 5 stars Born with a hammer in our hands...
Reviewed in the United States on June 26, 2017
Verified Purchase
What a wonderful find and a generally unknown mystery for most West Virginians. In "John Henry Days" we have a local story (Talcott is just 20 miles down river from me), a WV tale, and one of the finest and most accessible Postmodernist novels ever written. I have been reading and rereading the novel for a while now and it has been an immense pleasure each time. It is a work of tremendous detail on human existence.

Like all great Postmodernist novels it is an unrepentant criticism of Late Capitalism and its commodization of the human spirit. Utilizing the history of the John Henry legend, Whitehead offers a critical analysis of capitalism's exploitation of labor from the Gilded Age of the 19th century to the fin de siecle of the 20th century. While the author does maintain a subplot of the issue of race in economics, the main focus is exploitation of the arts and its role in a free market. He traces this from the early period of musical commodification of sheet music to records to Broadway plays and the same with the field of writing in the realm of publicity and marketing with the rise of the Internet.

Colson also injects the concept of perspective as a multiplicity. John Henry is seen through the eyes of the locals, the Washingtonian bureaucracy, the New York marketing apparachiks, and the American mythos. This faceted gaze is also turned to West Virginia and its own place in our nation's collective conscience:

"These little telling details."
"And you see those dents on the statue? People come around and use it for target practice. One time they chained the statue to a pickup and dragged it off the pedestal down the road here. Then the statue fell off and they drove off so they found it next day just lying in the road."
"Probably not much to do here on a Saturday night."
"Hmm."

What does this short conversation between the two principal African American characters tell us about the history of race in our country and the echos of Southern lynchings it creates in our minds? Or is Whitehead reminding us that we are all just objects of entertainment, objects of utility? Are we all just doomed to die "with a hammer in our hands"?

Unlike the novel, John Henry Days is a real event held at Talcott in Summers County WV each year on the second weekend in July. It is as wholesome a piece of Americana as Colson portrays it in his prose. So grab the book and come set a-spell!

lb136
VINE VOICE
4.0 out of 5 stars An Acrobatic Novel
Reviewed in the United States on September 22, 2002
Verified Purchase
"John Henry Days" apparently means to be yet another entry into the Great American Novel Sweepstakes. And yet, it's not so much a novel as a series of set-pieces on American popular culture that intermingles imagined scenes from the life of the legendary steel-driving man, the obsessions of collectors, and scenes from late-20th-century pop culture (the novel is set in July 1996 at a "John Henry Days" festival in West VA--and not so coincidentally at the moment when the dotcom startups were begining to start up). The modern sequences feature a black freelance journalist, J. Sutter, who wants to set a record for junketeering while denying to his writer pals that this is what he is doing.
Colson Whitehead, who apparently knows the junketeering life well, performs dazzlingly. There are sequences that will make you want to put down the book and applaud his wordsmithery. Most of the jazz-riff-like setpieces are brilliant (the one in which receipt-collecting, free-riding Sutter remotely dials up his answer-machine messages from his WVA model is a standalone masterpiece) although Mr. Sutter's editor probably should have urged him to lose the wife of the hotel owner who sees ghosts and the interminable county fair scenes that tell us nothing new about county fairs. But you can skim through those quickly and painlessly and go on to the next riff, which you're odds-on to enjoy immensely.
There's a big "but," though: when you reach the final pages, maybe you'll feel that something is missing. Mr. Whitehead's technique is dazzling, alright, but he seems not to have much of an idea of overall form or any sort of pacing. Everything comes at you in the same way and at the same speed. It's like watching the act of a juggler who is an expert at keeping all the clubs in the air, but has no idea how to build the act to some kind of grand finale; and so instead at the end he simply plucks all of his clubs out of the air one by one, takes his bow, and leaves the stage.
Read more
8 people found this helpful
Helpful
Comment Report abuse

Lonya53
4.0 out of 5 stars A great American novel
Reviewed in the United States on July 11, 2001
Verified Purchase
I approached John Henry Days with some trepidation. I enjoyed Whitehead's first novel, The Intuitionist, and thought it could harken the arrival of a strong and enduring literary career. Second novels are challenging, both for the author and for the reader. The author is challenged to live up to the promise of his/her first work. The reader is challenged by virtue of his/her own heightened expectation and anticipation that the second work will outstrip the qualities of the first novel. Whitehead has met his challenge with ease. John Henry Days stands on its own as a great and compelling read. The book also met this reader's challenge. John Henry Days exceeded my heightened expectations. The book's 'big picture' involves the ongoing, primordial struggle between humanity and technology. The big picture is presented through the prism of John Henry's 19th century battle against the soulldless steam drill and J. Sutter's inner struggle to survive in the souless world of frelance, junketeering oriented writing in the 21st century. The book is layered and textured through time. The juxtaposition, in the hands of Whitehead works exceedingly well. His writing and prose style is superb. There were some pargraphs that I read two or three times in order to savor better their flavor. Well done Colson.
Read more
31 people found this helpful
Helpful
Comment Report abuse

Kindle Customer
5.0 out of 5 stars Brilliant
Reviewed in the United States on October 11, 2016
Verified Purchase
Amazing novel: part exploration of folklore, part mystery novel, part love story, part lyric poem. All of those jumbled together. Brilliantly written. Whitehead is one of the great writers of our time.
Read more
3 people found this helpful
Helpful
Comment Report abuse
See all reviews

andrew alan walton
5.0 out of 5 stars john boy
Reviewed in the United Kingdom on February 24, 2014
Verified Purchase
good stuff - a welcome addition to my reading matter, shall try further volumes of this guys work next time I’m buying
Read more
One person found this helpful
Report abuse
See all reviews