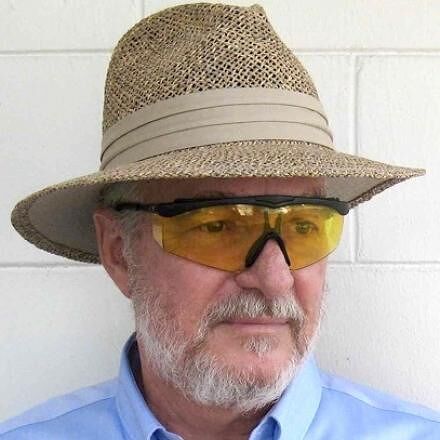 As a child in the coastal low country of South Georgia, I often heard the truth being stretched and embellished as an innocent pastime by people who spoke Ebonics, Geechee and Cracker. So, as you can clearly see, my storytelling is not entirely my fault. I was raised wrong.

After graduation from college, a curious nature has led me down many paths: former Peace Corps volunteer, big ticket sales, commercial graphics, and packaging design consultant to name a few. More recently, I’m an award winning and produced scriptwriter who enjoys telling a wide variety of slightly dark and quirky stories with a dash of humor.

My dystopian horror Baby Soup won the 2013 Florida Independent Filmmakers Contest and five of my short scripts have been produced. In July 2020, I declined an offer from mainland China for my mid-budget creature feature Snow Worms.

Some of my work has been turned into quick-and-easy to read entertainment. These short story and novella length ebooks are available online. As a FREE sample see Zentangles - A short cautionary urban tale about an obsessive young woman who gets absorbed in her artwork. 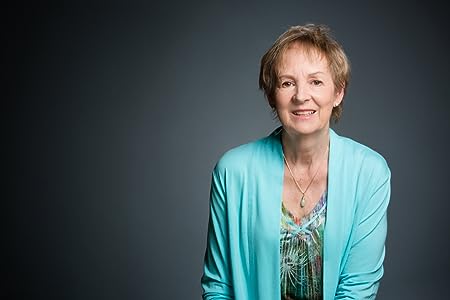 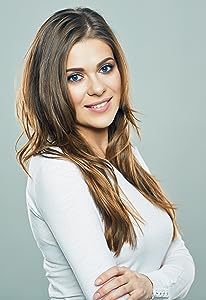 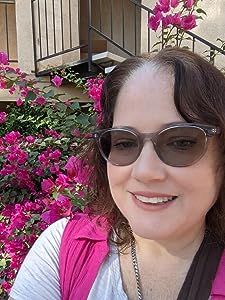 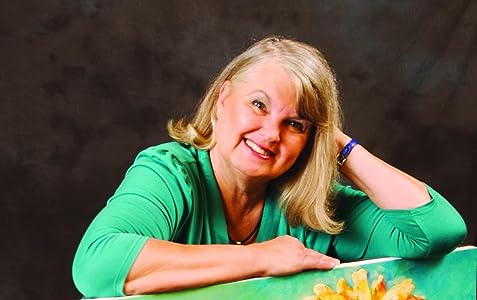 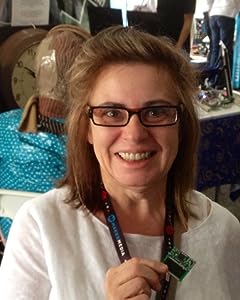 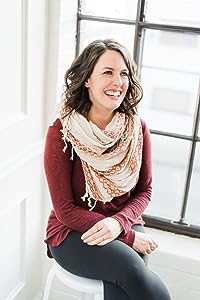 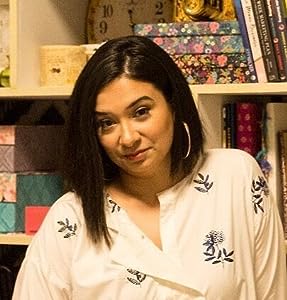 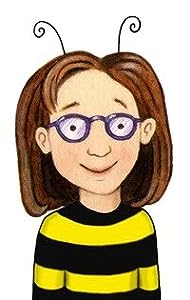 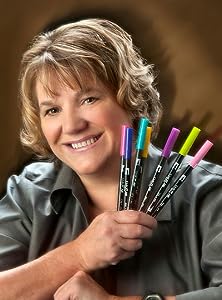 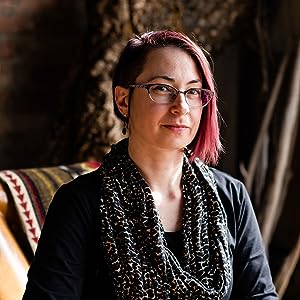 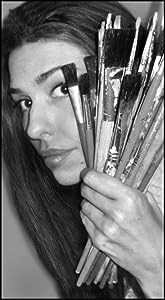 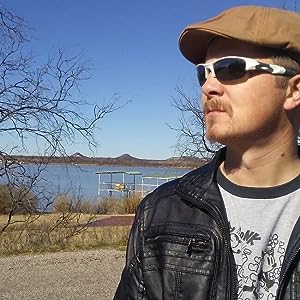 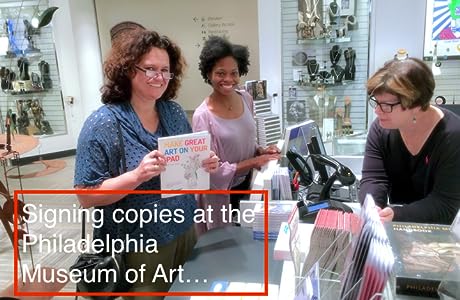 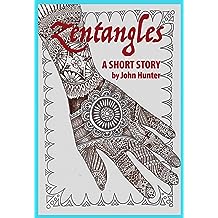 Zentangles, a Short Story Jun 27, 2018
by John Hunter
( 22 )
$0.00
This is a NON-INSTRUCTIONAL quick and easy to read short story written by an award winning and produced scriptwriter. In this cautionary urban tale, an obsessive young woman gets absorbed in her artwork. This story comes from Aisle Seat, a collection of thirteen slightly dark and quirky short stories written by John Hunter. Aisle Seat is available on Amazon.
Read more 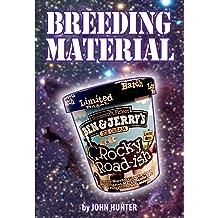 “Unable to make babies the old fashion way, people from the distant future travel back in time to find the right stuff.”

As we all suspected, the future is indeed both bleak and barren. In an attempt to help rectify this situation, two clones named Ben and Jerry are sent back in time to find the right stuff. This is a short script written in scriptwriting format, not in prose. Breeding Material is quick and easy read, so make yourself some popcorn, sit back and enjoy this tongue-in-cheek trip through space and time. © 2016 with all rights reserved. 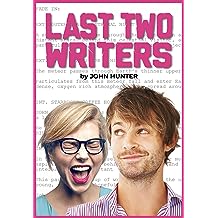 In the not too distant future (maybe as early as next week?), a mysterious virus from outer space causes a mass extinction of all the writers in the world except two. This event shakes the very foundations of both Holly and Bolly Wood. Wannabe writers sitting in Starbucks around the world can no longer be heard mumbling to themselves, "What do I have to do to get a break?" In this darkish SHORT SCRIPT written in scriptwriting format, not prose, an unlikely scenario is offered in which two aspiring nobodies achieve overnight success completely unrelated to their questionable talents. If you like, think of this as an in-home movie experience where you make your own popcorn. © 2019 with all rights reserved. 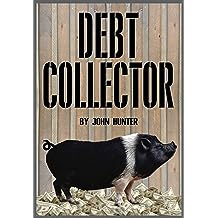 “A mob bookie gives a degenerate gambler a gentle reminder to pay his debts in a timely fashion.”

A New York City mafioso named Bobby, a self-proclaimed member of the Genovese crime family, told me many wonderful stories. His stories may or may not have been true, but as we all know, you take your entertainment where you can find it, right? When I asked him what was the hardest part of his job, he told me getting deadbeat gamblers to pay their debts. Ever helpful, I mentioned something my Cracker grandmother had told me as a child, "Pigs will eat anything except grapefruit rinds and silverware.” My grandmother’s wisdom is the inspiration for this short script written in scriptwriting format, not in prose. If you like, think of this as an in-home movie experience where you make your own popcorn. 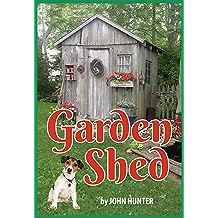 Garden Shed Sep 16, 2021
by John Hunter
$0.99
"A young boy and his sister discover a portal to the afterlife in their grandmother's garden."

While visiting their grandmother, a 9 year old boy and his 11 year old sister discover what appears to be a shed in her garden. When the children mention what they have found to their grandmother, she tells them a garden shed had always been their late grandfather's fondest dream. She hastens to add how unfortunate it was that one was never built. For now, it seems only the children and a dog named Jack are able to see the shed in the garden. But in time, their grandmother will be able to see it too. Written in scriptwriting format, not in prose. If you like, think of this as an in-home movie experience where you make your own popcorn. © 2021
Read more 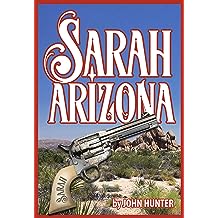 Sarah Arizona Aug 14, 2018
by John Hunter
$2.99
When a skinny and unwanted child raised to be a bounty hunter blossoms into a handsome young woman, she wants to believe there is more to life than shooting people and collecting rewards. She longs to put her guns away and settle down, but first, she must track down the ruthless outlaws who have killed the man she had hoped to marry. Accompanied by a twelve-year-old orphan boy who shares her dreams for a better life, she sets out in a mule-drawn wagon in pursuit of the killers and vows to bring them to justice—Dead or Alive.

Contains a modest sprinkling of graphic elements to enhance the reading experience. Written by an award winning and produced scriptwriter.
Read more 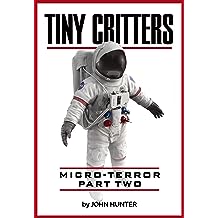 Tiny Critters, Micro-Terror, Part Two Jul 31, 2018
by John Hunter
$1.99
Tiny Critters is the exciting continuation and conclusion of a quick and easy to read outer space horror adventure which dares to ask, ”Why do monsters always have to be so big?” The two parts of this novella length sci-fi epic can be read together or separately. Contains a modest sprinkling of graphic elements to enhance the reading experience. Written by an award winning and produced scriptwriter.
Read more 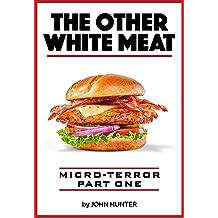 The Other White Meat, Micro-Terror, Part One Jul 31, 2018
by John Hunter
$0.99
The Other White Meat is the beginning of a quick and easy to read outer space horror adventure which dares to ask, ”Why do monsters always have to be so big?” The two parts of this novella length sci-fi epic can be read together or separately. Contains a modest sprinkling of graphic elements to enhance the reading experience. Written by an award winning and produced scriptwriter.
Read more 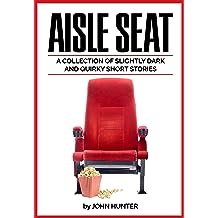 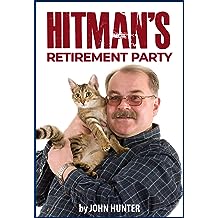 Hitman's Retirement Party Jun 26, 2018
by John Hunter
$0.99
“When an aging hitman fails to complete a time sensitive assignment, his employers decide it is time for him to retire.”

The contract killer in this short story does not have chiseled good looks, an expensive sports car or a beautiful young woman hanging on his arm. After many years of faithful service, the aging hitman in this story just wants to live out the rest of his life in peace and quiet with his only friend, a cat named Buddy. Unfortunately, what we hope for is rarely what happens. This story comes from a collection of thirteen slightly dark and quirky short stories entitled Aisle Seat which is available here on Amazon.
Read more 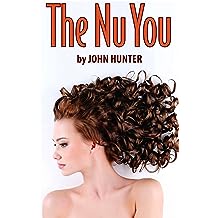 For the right price, physical perfection and beauty are indeed within our grasp. In this dark cautionary tale of unchecked vanity, a young woman's quest for self improvement goes horribly wrong.
Read more 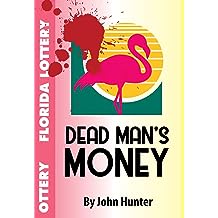 Dead Man's Money Jun 25, 2018
by John Hunter
$0.99
A winning lotto ticket for the big mega jackpot does not benefit the homeless wino who bought it or anyone who touches it. A selection taken from "Aisle Seat: A collection of slightly dark and quirky short stories" available here on Amazon Kindle.
Read more