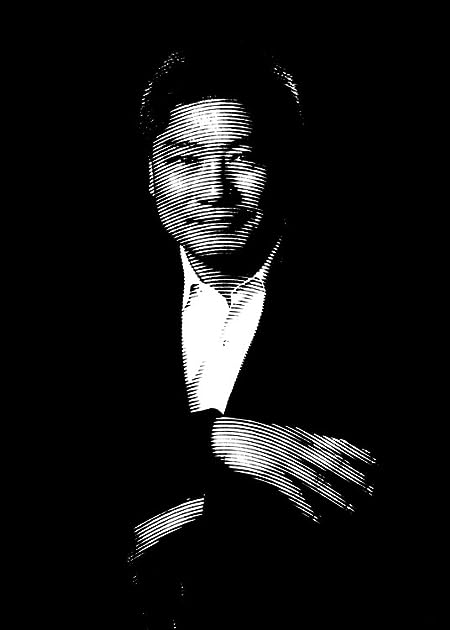 My latest novel, Lycanthrope Rising, is available now as an eBook and as a paperback. While the continuing story of my vampire Dragul Mangorian follows the events in Late Bite: Vampire On Trial, the Toronto Vampire Chronicles, Book 1, it's written as a stand alone novel.

Key background events in Book 1 are provided to make it so but are filtered through the eyes and memories of people other than lawyer Al Hamblyn who narrates Late Bite. I took my cue from the classic Japanese film (1950) Rashomon that related a story three times. Important details changed when each of the three participants retold the tale.

An updated version of Late Bite that includes a new cover, and Gravity Games, the first in the Nathan Sherlock Foodie Thriller series, are available on Amazon sites worldwide as eBooks and paperbacks and through other major web purveyors as eBooks. I hope you'll take a peek and check out the Gravity Games video on this page.

It's strange to have three novels out and more books in both series and work started on two new book series under way.

How did I arrive at writing novels?

I had plenty of experience writing — non-fiction. I worked as a journalist and communication consultant. A few years back, a friend challenged me to try my hand at fiction. A month later, I had the finished (first draft) manuscript for Late Bite and have been loving the ride ever since.

Judy and I live in Wortley Village, a quaint neighbourhood in that other London — London, Ontario and so far all of my writing has been set in Canada. 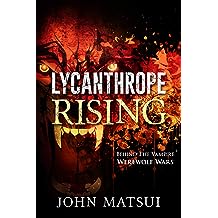 Lycanthrope Rising: Behind The Vampire - Werewolf Wars (The Toronto Vampire Chronicles Book 2) Oct 1, 2017
by John Matsui
( 8 )
$3.99
Lycanthrope Rising: Behind the Vampire-Werewolf Wars is a wild, horror thriller that follows the events in Late Bite, Book I in The Toronto Vampire Chronicles, but carries a storyline that works as a stand alone mystery.
Lycanthrope Rising moves at pulse-pounding speed following the arrest of Dragul Mangorian, the last of the Homo Sanguinus, a vampire-like subspecies of humanity. The news reawakens a terrifying enemy, The Lycanthrope Clan.
The Lycans are a special breed of humans whose animalistic ferocity and alliance with wolves saved mankind from enslavement by the Sanguinus 30,000 years ago.
The violent clashes of the Sanguinus and Lycans over millennia populated the lore in every culture with their legends of blood suckers, werewolves, and shapeshifters.
The wars ended after the Lycans learned of the Sanguinus' vulnerability, a low fertility rate, and used it to drive the Blood Eaters into extinction, or so they thought.
Mangorian enthusiastically works with scientists who seek to unlock secrets in his genome. He's 208 years old and is immune to cancer and blood borne pathogens.
The scientists support Mangorian's efforts to revive his species. His quest goes into overdrive when he discovers Skyla whose one-in-a-billion genome makes it possible for her to become the Eve to his kind.
The Lycans' blood lust explodes. They'll stop at nothing to keep Mangorian and Skyla from mating and complete the Sanguinus' extinction.
Lycanthrope Rising is part medical mystery, part political intrigue, part horror, part action adventure, part sci-fi, and 100 per cent a page-turning thriller.
Read more
Other Formats: Paperback 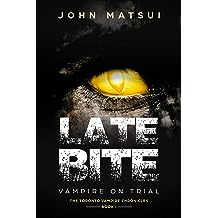 Late Bite: Vampire On Trial (The Toronto Vampire Chronicles Book 1) Apr 14, 2014
by John Matsui, David Dauphinee
( 30 )
$3.99
Books and films equate vampire justice to a stake through the heart. Until now. Late Bite: Vampire On Trial gives a glimpse of a mind-boggling struggle in a modern day courtroom and in society when Toronto police capture a real, blood-sucking vampire. A dark satire on society, politics, and egos, Late Bite is at once a legal drama, a twisty thriller, and an action adventure as vampire Dragul Mangorian and down-on-his-luck lawyer Al Hamblyn battle the justice system in open court and dark forces behind the scenes.
Mangorian is not your sparkly Twilight vamp nor a Dracula clone. He's smart; he's charming; he's terrifying. He's the sole survivor of a race of Vampires that genetically split from Homo sapiens (us) 30,000 years ago. He doesn't hide in a coffin. He has millions of social media followers around the world with a taste for the dark side.
Villain or hero? Action thriller or courtroom drama? Dark fantasy or satire on man's intolerance to anyone different? This page-turning mystery will keep you on the edge of your seat until the final page.
Here's what reviewers had to say:
"Wow"
"Kept me up all night"
“Original, well-written and just a lot of fun”
"Masterful tale"
“Completely new take on vampires”
“Truly Fantastic!”
“Creative and seamless”
“Completely unsuspected twist”
"Pathbreaking"
"Great plot, lots of laughs"
Late Bite blazes a new trail for vampire lovers with the usual romp through darkness and terror but crosses genres with humour, a wild, twisted courtroom drama, awkward romance, and breath-taking action.
Read more
Other Formats: Paperback , Mass Market Paperback 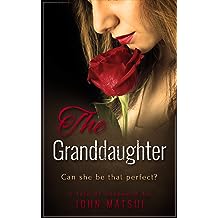 The Granddaughter: Can she be that perfect? (A Tale Of Suspense by John Matsui Book 1) Dec 1, 2018
by John Matsui
$0.99
Pretty, 20-year-old Kerry visits her grandfather every day at a posh retirement home. The old man has a condition that leaves him unable to remember the past. Each day he loses all memories of what happened the previous day. Each visit Kerry tells of her family's rough and impoverished beginnings as newcomers to Canada and recounts their triumphs and tragedies using a photo album to bring faces and life to the names and events. The next day, his memory is blank and Kerry starts from the beginning. The nursing staff believe that Kerry is the perfect granddaughter but is she? A dark secret lies at the heart of Kerry's obsessive need to rekindle the old man's memories.
Read more 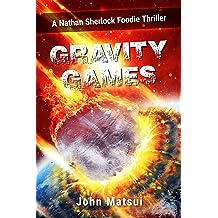 Gravity Games: The Scent Of Terrorism (A Nathan Sherlock Foodie Thriller Book 1) Oct 23, 2015
by John Matsui, David Dauphinee
( 2 )
$3.99
Clandestine forces kidnap a Canadian scientist and weaponize his anti-gravity technology. Homeland Security intercepts the group’s ransom demand: Distribute trillions of dollars to the poor or icebergs will rain on the world’s great cities.
When a multi-national security force hits a wall, it turns to world-famous celebrity chef Nathan Sherlock and sidekick Bonnie Nakagowa.
The pair is a secret Sherlock Holmes / Dr. John Watson duo for the 21st Century. Known to culinary fans as Nate The Nose, Nathan possesses a super sense of smell that guides Bonnie and him to assist police anonymously and sniff down criminals.
As Asperger's syndrome may have sharpened Holmes’ deductive powers, hyperosmia — an extraordinary sense of smell — enables Nate The Nose to create unparalleled dining experiences while unraveling dark and delicious mysteries.
In the tradition of the most labyrinthian adventures of A. Conan Doyle’s famous detective, nothing in Gravity Games is as it seems.
It falls to Nathan and Bonnie to solve the mystery following Sherlock Holmes’ tried and true method: Once you eliminate the impossible, whatever remains, no matter how improbable, must be the truth.
Read more
Other Formats: Paperback