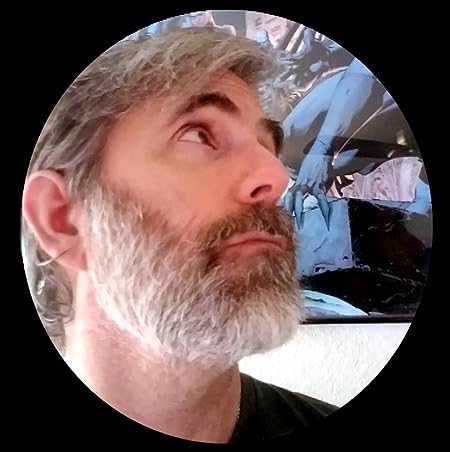 John McDonough is a former professional musician who grew up surrounded by tall book shelves crammed full with historical tomes of ancient Rome and Greece, myths and legends. Some of his earliest memories include "reading" The Adventures of Tintin during Kindergarten nap-time (they were in French), and buying Detective Comics and X-Men for 15 cents. Today he lives and writes full-time in the Hill Country of Texas outside Austin. Rumors of ghosts haunting the local football field have only inspired him to write faster. Learn more at John-McDonough.com. 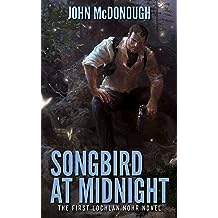 Songbird at Midnight (A Lochlan Nohr Novel Book 1) Feb 28, 2020
by John McDonough
( 14 )
$4.99
Austin musician Lochlan Nohr understands bad things come along with the good. Naturally, the day two strangers offer to make stars out of him and his band Trip the Shark, he gets that old, nagging feeling, and Loch's unrequited college love goes missing. Just another Tuesday in Texas.

His amateur detective ride quickly becomes a deep dive into Dark Web conspiracy, deadly Magic and unlocking what his enemies fear the most.

The true power of Music.

The kicker? Loch has to rescue the girl in time to make Friday night's gig.
​

John McDonough's debut is also the first novel in the Lochlan Nohr series.