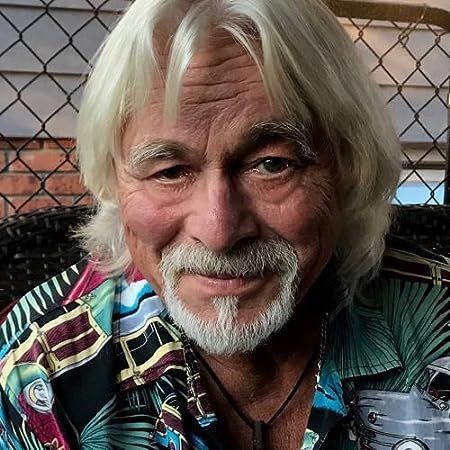 John Owens was born in Liverpool, England in 1953 and journeyed to Canada at the age of two (apparently with some assistance). Raised and schooled in Ottawa, he obtained a BA in English Literature from Trent University followed by an MA from Queen's. After a teaching stint in the Bahamas, he returned to Ottawa where he began a 32-year career in marketing and public relations with, successively, a charity, a technology company, the Ottawa Senators hockey team, and, since 1996, with his own marketing and communications business.

Owens kicked off the comic Jake Lydon mystery series with Connecdead, followed up by Machete and Bushwhacked.

The fourth novel in the series, Jackpot, is oh so close to completion.

He is also the author of two novels of historical fiction — On the Rails and The Sixth String — and more than 30 short stories. He is married to long-suffering and saintly Maggie. They live in Morrisburg, Ontario on the banks of the St. Lawrence River and in Indian Rocks Beach, Florida on — wait for it — the banks of the Gulf of Mexico.

For more information or to sign up for John's Newsletter visit https://www.johnowensauthor.com/ 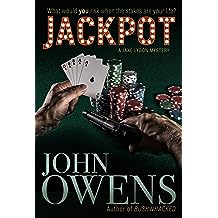 Jackpot: A Jake Lydon Mystery Book (Jake Lydon Mystery Series 4) Oct 8, 2021
by John Owens
( 2 )
$4.99
In his fourth outing in the series, Jake Lydon is committed to a winter within stumbling distance of a beach and a tiki-bar until a ghost from his past re-appears — as a corpse — and passes on a cryptic message. Does this note from the grave hold the key to solving a murder and the motive behind it? A self-admitted “nosy little bugger,” Jake just has to find out, doesn’t he? So off he sets, traipsing across America from the Gulf Coast of Florida to the Pacific North-West and to a windswept farmer’s field outside, of all places, Tulsa, Oklahoma. Along the way he is drawn deeper and deeper into the shady side of high-stakes gambling and an outrageous scheme to take down scores of tribal-owned casinos to the tune of tens of millions of dollars. As murder after murder pile up, Jake will be forced into a deadly confrontation with a sinister crime boss — a confrontation where winner takes all.

Is Jackpot punctuated with sudden violence, twisting plot turns, memorable new characters, and outrageous humour, all revolving around a “hero” we’re not sure even a mother could love?
You can bet on it. 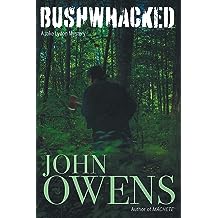 Bushwhacked: A Jake Lydon Mystery Book (Jake Lydon Mystery Series 3) Sep 27, 2020
by Johns Owens
( 5 )
$4.99
In Bushwhacked, the 3rd Jake Lydon mystery, we find our “hero” looking forward to a laid-back summer after a sh*tstorm of a winter in the Caribbean, (as chronicled in Machete). His dream of a little gardening and a lot of over-refreshment around his hovel-by-the-lake in cottage country is shattered by a ruthless developer intent of seizing Jake’s prime real estate and hundreds of acres around him.To no one’s surprise, Jake holds out, incurring the wrath of the entire community (except Carl, his laconic neighbour). As Jake digs into the shady motivations of all the players involved, he must face escalating acts of vandalism that turn to violence and, finally, attempted murder.And then there’s that pesky matter of two dead politicians – one opposed and one supporting Edgewater Estates. Were their deaths accidental as the police concluded? Or were they bushwhacked?Jake has only one option: to put that beer down and figure it all out before things get even uglier. Irreverent, outrageous, and funny as hell, Bushwhacked is squarely aimed at a boomer audience that just may want a change from a steady diet of grim noir detective novels.WARNING – Contains a surprising number of potty-mouth words.
Read more
Other Formats: Paperback 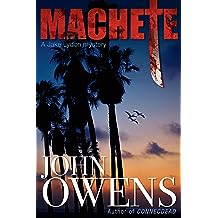 Machete: A Jake Lydon Mystery (Jake Lydon Mystery Series Book 2) Aug 20, 2019
by John Owens
( 2 )
$4.99
Jake Lydon is back! And looking forward to a relaxing winter in the tropics after the summer mayhem chronicled in Connecdead. But the part-time detective and full-time slacker’s dream of endless beer and beach is shattered by the grisly murder of a friend and fellow expatriate. Was it a simple robbery gone horrifically wrong or something more? And could the killer be one of Jake’s motley crew of drinking buddies? Along with everything else in his middle-age, Jake doesn’t have a single clue. And neither does Arturo “Arty” Diaz, the region’s top cop, who reluctantly takes Jake on as his unofficial deputy.

As the improbable duo digs deeper, uncovering a criminal enterprise exploiting the lives of the most vulnerable on their Caribbean Island, they could very well end up at the end of a deadly machete. 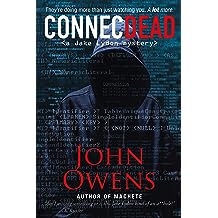 Connecdead: A Jake Lydon Mystery (Jake Lydon Mystery Series Book 1) Sep 24, 2018
by John Owens
( 4 )
$4.99
Meet Jake Lydon – a different kind of sleuth (and not in a good way). The paunchy, long-haired, Hawaiian shirt-wearing, foul-mouthed, chain-smoking, near-alcoholic, semi-reclusive retiree has a different take on just about everything. He also has a simple life plan: six months at his northern Hovel-by-the-Lake in cottage country and six months in the Caribbean as he “plays out the string” deeply committed to doing one of the few things he’s very good at. Nothing. But the mysterious death of a former boss changes everything. Helped by his homicide detective daughter, his laconic neighbor and drinking buddy, and a young computer hacking genius, Jake sets off on a wild quest to find the who, how, and why behind his ex-employer’s murder. Featuring near-fatal disasters in San Francisco, Toronto, Boston, and points in between, Jake’s search for answers uncovers even more sinister forces at work on the Internet than the ones you already know about. Forces intent on manipulating our everyday life, stealing billions and killing at will. Forces intent on seeing the technophobic Jake Lydon fully connecdead.
Read more 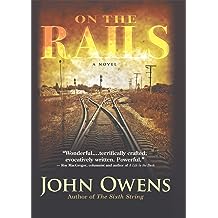 On the Rails: A Novel Sep 17, 2010
by John Owens
( 4 )
$9.99
Set against the harsh backdrop of the Great Depression, On the Rails traces the journey of Michael Shymchuk (later Shutt), a boy from the Canadian prairies who escapes a bitter family life and a failing farm to ride the train rails, crossing the country and the paths of a memorable cast of characters.

Fleeing poverty and abandoning perhaps the love of his life, Michael enlists in the legendary Royal Canadian Mounted Police, where he comes face to face with bootleggers, bandits, whores, murderers, and, ultimately, all the evil men do. Finally, in the unforgiving Canadian Arctic, among the Inuit, the missionaries, and the mercenaries, Michael's body and spirit are severely tested as he deals with the brutal environment, another mans insanity, and the haunting discovery of a nineteenth-century English expedition. Death comes close, and he faces an intense day of reckoning with all that he believes.

Tracing one young mans journey into manhood and self-knowledge, On the Rails is an adventure, a bittersweet love story, and an epic tale of sin, redemption, and the agonizing choices that confront us all.
Read more
Other Formats: Hardcover , Paperback