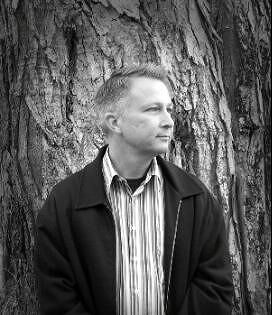 by Lane Smith (Author, Illustrator)
4.7 out of 5 stars 151 ratings
See all formats and editions
Sorry, there was a problem loading this page. Try again.
Read more Read less
Previous page
Next page

Starred Review. Grade 2-5–Describing each man in turn as either bold, noisy, honest, clever, or independent, and taking many liberties with the truth, Smith relates how the Founding Fathers of the title–and Jefferson, too–played a part in securing Americas freedom. Hancocks penchant for sprawling his name across the chalkboard as a child led to his boldly writing the biggest signature on the Declaration of Independence. Reveres loud voice selling underwear in his shop came in handy when he had to scream The Redcoats are coming! Washingtons honest admission to chopping down trees led to his serving as president in New York City where there were few forests. Well, you get the idea. The pen-and-ink cartoon illustrations, richly textured with various techniques, add to the fun. Page turns reveal droll surprises such as young bewigged George, axe in hand and already missing some teeth, surveying his felled orchard, or Franklins rejoinder when the townspeople express their vexation with his clever sayings. Early American typefaces, parchment grounds, and vestiges of 18th-century life, like chamber pots and hoop toys, evoke a sense of the time. A true-and-false section in the back separates fact from fiction. While children will love the off-the-wall humor, there is plenty for adult readers to enjoy, too–the clever fly leaf, puns (…that bell-ringing took a toll on young Paul), and more. Exercise your freedom to scoop up this one.–Marianne Saccardi, formerly at Norwalk Community College, CT
Copyright © Reed Business Information, a division of Reed Elsevier Inc. All rights reserved.

K-Gr. 3. The title offers a clue that Smith is winking at adults, but as good a joke as it is, most children just won't get it. In the stories within, bold-schoolboy John (Hancock) writes his name so large on the blackboard that his exasperated teacher remarks, "We don't need to read it from space." Similarly, loudmouthed Paul (Revere) embarrasses a lady who comes into his shop to buy extralarge underwear; honest George (Washington) admits to chopping down an entire orchard; clever Ben (Franklin) annoys the neighbors with his platitudes; and independent Tom (Jefferson)^B presents a list of grievances to his teacher. The time comes, though, when their traits are valuable to the revolutionary cause. To reach full comic potential, Smith stretches the truth beyond the breaking point, then attempts to undo some of the misconceptions he has created in a true-false quiz, "Taking Liberties," on the closing pages. Deftly drawn, witty, and instantly appealing, the illustrations creatively blend period elements such as wood-grain and crackle-glaze texturing, woodcut lines, and formal compositions typical of the era, with gaping mouths and stylized, spiraling eyes typical of modern cartoons. The artwork and design are excellent and adults will chortle, but this book seems likely to confuse children unfamiliar with the period. Kids will need to know actual, factual American history to appreciate what's going on. Carolyn Phelan
Copyright © American Library Association. All rights reserved

Lane Smith wrote and illustrated Grandpa Green, which was a 2012 Caldecott Honor book, and It's a Book, which was a New York Timesbestseller has been translated into more than twenty-five languages. His other authored works include the national bestsellers Madam President and John, Paul, George & Ben, and he has created art for many books including the Caldecott Honor winner The Stinky Cheese Man, The True Story of the 3 Little Pigs, and I'm Just No Good at Rhyming (And Other Nonsense for Mischievous Kids and Immature Grown-Ups), among many others. His books have been New York Times Best Illustrated Books on four occasions. In 2012, the Eric Carle Museum named him a Carle Artist for "lifelong innovation in the field of children's picture books," and in 2014, he was the recipient of the lifetime achievement award from the Society of Illustrators. Lane and his wife, book designer Molly Leach, live in a rural Connecticut.
Read more
Tell the Publisher!
I'd like to read this book on Kindle

4.7 out of 5 stars
4.7 out of 5
151 global ratings
How are ratings calculated?
To calculate the overall star rating and percentage breakdown by star, we don’t use a simple average. Instead, our system considers things like how recent a review is and if the reviewer bought the item on Amazon. It also analyzes reviews to verify trustworthiness.
Top reviews

CB
2.0 out of 5 stars Definitely not accurate
Reviewed in the United States on August 11, 2020
Verified Purchase
Got the book in today and immediately read it. Very disappointed, only because I wanted something more historically accurate. It was nonsense stories made up to try and be funny yet it wasn’t.
Read more
Helpful
Report abuse

Jessica Deighton
5.0 out of 5 stars Perfect, Kid-Friendly Approach to the US Founding Fathers
Reviewed in the United States on November 14, 2019
Verified Purchase
First, as a former Grade 2 teacher, I LOVED using this book to intertwine character traits (language arts) with Social Studies. The students really enjoyed the founding fathers presented as kids; they're so used to just knowing them as old men! Now as a mom of 2, my kids are constantly in stitches when we get to Paul Revere and his XL underwear!! Enjoy it!!
Read more
One person found this helpful
Helpful
Report abuse

Julie Mama
5.0 out of 5 stars FUNNY & fun to read! Learn some history on accident.
Reviewed in the United States on July 7, 2016
Verified Purchase
Funny! Seriously, if a parent can read this without laughing, I'm impressed. So much fun to read & my son learned some history by accident! The end of the book brings if all together with brief bios of J, P, G & B. I buy everything Lane Smith.
Read more
One person found this helpful
Helpful
Report abuse

Colton Bragg
5.0 out of 5 stars So so funny
Reviewed in the United States on September 20, 2019
Verified Purchase
Okay this book is so hilarious. A bit over my three-year-old’s head but enough humor she could get, too. Highly recommend for some patriotic reading!
Read more
Helpful
Report abuse

Valeri MH
5.0 out of 5 stars so funny!
Reviewed in the United States on August 23, 2019
Verified Purchase
my kids think it's hilarious to read about our founding fathers as mischievous boys, just like them! we read this one over and over and over again.
Read more
Helpful
Report abuse

Dave S.
5.0 out of 5 stars Fantasic book, excellent for children and adults
Reviewed in the United States on May 13, 2009
Verified Purchase
I enjoy reading this book just as much as my daughter enjoys me reading it to her. It's full of humor and is an excellent introduction to American history. I even learned a thing or two from reading this book (there are several interesting facts at the end of the book). The illustrations are fantastic and go together brilliantly with the story. I've already purchased additional copies of this book for friends and family that have young children.
Read more
One person found this helpful
Helpful
Report abuse

Lane Smith is one of my favorite authors for younger audiences.

A. Edwards
5.0 out of 5 stars Hilarious history for your kids!
Reviewed in the United States on July 31, 2007
Verified Purchase
My son, who is 8, clamors over and over for this one. His laugh is so loud and genuine, I read it just to hear him. A brilliant mix of fact and fiction, very clearly separated with huge giggles in between. The story is quick and lively and the real facts at the end written in a way that still holds a yound child's interest. Even the true or false section makes us laugh! I cannot recommend this one highly enough.
Read more
One person found this helpful
Helpful
Report abuse
See all reviews

Page 1 of 1 Start overPage 1 of 1
Previous page
Next page
Pages with related products. See and discover other items: john smith
Back to top
Get to Know Us
Make Money with Us
Amazon Payment Products
Let Us Help You
EnglishChoose a language for shopping. United StatesChoose a country/region for shopping.
© 1996-2021, Amazon.com, Inc. or its affiliates